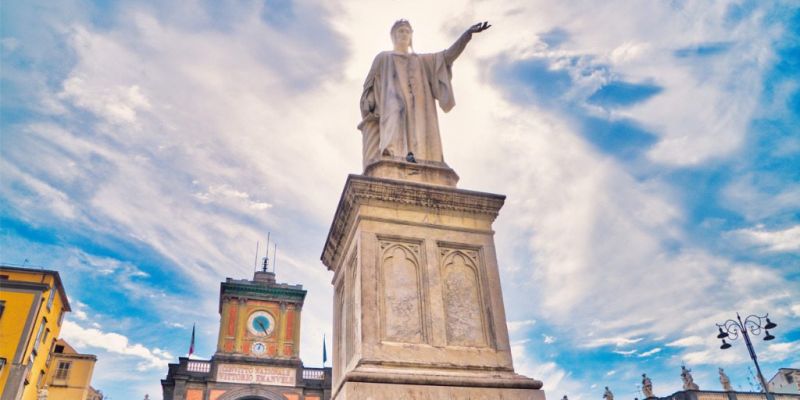 One needn’t study Joseph Campbell quotes for long to see how myth is universal—not merely “fake,” but representative of higher truths.

In the context of mythology and sacred journeys (such as those led by Sacred Earth Journeys), the hero’s journey or “monomyth” comes to mind. The hero’s journey is a vast psychological, mythological template of stories involving sets of protagonistic “heroes” that are called to adventure, undergo a set of trials, and return home victorious and thus with boons to bestow on their community or world. The idea of the hero’s journey was spread by various scholars and was eventually popularized by Joseph Campbell via his popular book, The Hero with a Thousand Faces, after studying Jungian analytical psychology.

Phil Cousineau, a Sacred Earth Journeys leader and author of The Art of Pilgrimage, drew inspiration from Campbell’s work. The two even worked together in the mid-’80s before Campbell’s death in 1987. Cousineau was a co-screenwriter for The Hero’s Journey documentary film about the life of Joseph Campbell. It won several international awards and was a longtime favorite for PBS viewers. Campbell remains an important influence on Cousineau’s work.

Their collaboration prompted a search into soul-searching, adventure-invoking Joseph Campbell quotes to inspire a personal hero’s journey, whether that be a physical journey to sites rich in spirituality, culture, and history, a journey within or, likely, all of the above.

This is one of many Joseph Campbell quotes that speaks to our innate desire to set forth on a path that, on an outer level, resonates with our inner-realities or souls.

To Campbell, a man or woman’s “search for meaning” is ambiguous and vague at best. He believes, instead, that we should seek out a lifestyle that corresponds directly to the state of the soul. Our life experiences should be nothing short of rapturous while providing direct nourishment for our longings within.

2. “Follow your bliss and doors will open where there were no doors before.”
― Joseph Campbell, The Power of Myth

Campbell’s own life serves as an exemplary model to following one’s bliss.

In 1929, at the beginning of the Great Depression, Campbell dedicated himself to rigorous, independent study for nearly 5 years. According to Campbell’s biography (which Cousineau edited) drawn from a series of conversations in the film The Hero’s Journey: A Biographical Portrait, Campbell said: “I would divide the day into four three-hour periods, of which I would be reading in three of the three-hour periods, and free one of them. . .I would get nine hours of sheer reading done a day. And this went on for five years straight.”

Campbell’s independent study was he himself following his own bliss despite adversity (the Great Depression). And yes, doors did open for him. He earned a full-time professorship at Sarah Lawrence College where he taught for 38 years. He published books that are today quintessential reads in the field of comparative mythology.

To follow one’s bliss is to follow one’s journey after the call to adventure. In doing so, adversity will inevitably arise. But the adversity in itself is the medicine by which we learn, grow, and eventually open the doors to our dream lives.

Here, Campbell is metaphorically warning us that on our journeys, we’ll eventually need to undergo a transformation to deal with “the power of life.” Such a transformation is usually spiritual and psychological, such as ditching a habit, having a radical change in perspective, or even altering our paths after receiving deep revelation.

The idea of rebirth is archetypal throughout myths and legends. After all, transformation is a key component of the hero’s journey template.

To transform, we must take the journey and maintain the courage to stay on it. The idea of transformation, again, speaks to how adversity can actually be our greatest boon for growth on our journeys.

4. “A hero ventures forth from the world of common day into a region of supernatural wonder: fabulous forces are there encountered and a decisive victory is won: The hero comes back from this mysterious adventure with the power to bestow boons on his fellow man.”
― Joseph Campbell, The Hero With a Thousand Faces

This is one of the Joseph Campbell quotes that illustrates the archetypal monomyth in a nutshell. Whether it be the Buddha’s pilgrimage to supreme self-actualization, Gilgamesh’s journey in search of immortality, the various journeys undertaken in Greek epic poetry, or the innumerable adventures in modern literature, the monomyth sees a similar template throughout time, culture, and space.

Perhaps this form held over millennia due to our collective unconscious desire to take transformational journeys so might we reconstruct ourselves and our communities.

5. “If you travel far enough, you’ll eventually meet yourself.”
― Joseph Campbell, Myths to Live By

The experience of traveling to faraway countries is the hero’s journey made manifest. When we travel, we enter into the unknown, receive transformational insight, grow as humans, and return with “shedded” skins and new minds.

Studying Joseph Campbell’s work inevitably endows is with a thirst for wanderlust and an unyielding desire to initiate our own personal journeys. This initiation is a timeless example of how myth and legend actually represent a higher level of reality.

Fictional stories hold higher truths that inspire revelation, adventure, and the means to change our lives in ways that before-hand seemed unimaginable. If we answer the call to adventure in our own stories, we’re saying “yes” to embarking on a journey that’s as old as the written word or perhaps, even, as old as human history and its rich oral tradition.

More posts from author
Saturday, 06 February 2021 The Hero’s Journey We All Need to Take
Saturday, 12 December 2020 5 Buddhist Practices and Concepts to Utilize In Uncertain Times
Thursday, 10 September 2020 The Surreal Landscape of Ladakh, India

Whatever You Don't Want

How Come it Takes So Long to Succeed? (and what you can do about it…)

How to Create Waves of Happiness