A Brain Theory That Work - If You Turn It Upside Down 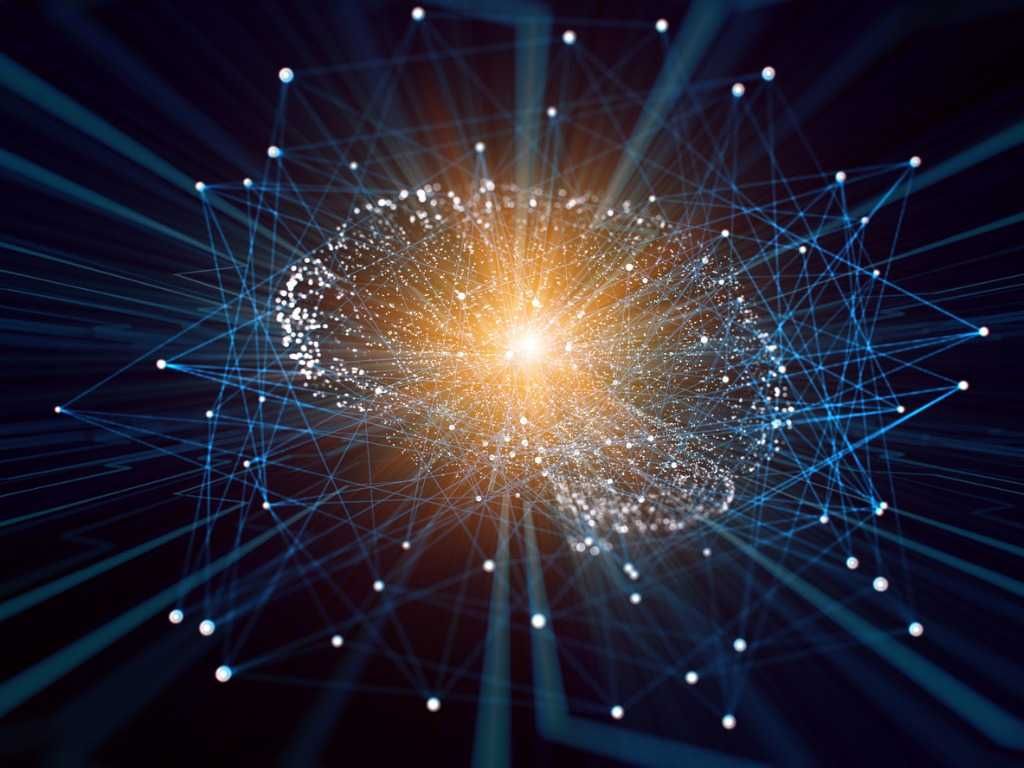 A Brain Theory That Work - If You Turn It Upside Down

Neuroscience is based on the assumption that the brain produces the mind. After all, without a brain, most of us would be much poorer thinkers. If the brain produces the mind, then it’s important to know how it does it. A team at the University of California Santa Barbara has come up with a new theory—actually, an ancient theory now couched in modern scientific terms—basing mental activity on vibrations.

For a long time it’s been known that various waves of electrical activity are present, and these waves are independent in how they relate to having a mind. As explained by one of the team members from UC Santa Barbara, “Gamma waves are associated with large-scale coordinated activities like perception, meditation or focused consciousness; beta with maximum brain activity or arousal; and theta with relaxation or daydreaming. These three wave types work together to produce, or at least facilitate, various types of human consciousness…”

It wouldn’t be a new idea to look at the brain’s electromagnetic field to try and understand how neurons communicate. The new theory, labeled the theory of resonance, proposes that raw vibrations aren’t enough. They have to sync up and send messages back and forth to exchange information. Resonance is one of Nature’s most common forms of sync, appearing in many guises. The article cites the following three examples:

Resonance saves Nature from being a chaos of jumbled vibrations. All matter and energy are vibrating at the quantum level, and therefore from its very source, a universe consisting of atoms and molecules must find a way to keep them intact.Is the same true of the brain? The new resonance theory proposes that the human brain is in such a complex state of sync that neurons can resonate together as a form of Wi-Fi, so to speak. If you vibrate a tuning fork to a specific note and place it in proximity to another tuning fork, the second tuning fork will resonate and begin to vibrate on the same note. Resonance theory uses the brain’s ultra-complex resonance to help explain how thousands or even millions of neurons sync up to produce brain waves and therefore a strong link to consciousness.

It’s an intriguing theory but one with a fatal flaw. Resonance is basic in Nature, but why it should occur is baffling. Things resonate and don’t resonate simultaneously. Two atoms of hydrogen can link up with an atom of hydrogen to produce the water molecule H2O, but each atom remains intact, untouched by the merger.

Likewise, the various brain waves don’t moosh into one big wave but remain distinct. In fact, the brain exhibits two electrical states that contradict each other. One state is a constant electrical field; the other state constantly changes according to hundreds of separate, distinct things the brain is doing, such as registering sight and sound, controlling blood pressure, heart rate, the balance of hormones, etc.How can a system be steady and changing at the same time? What separates and defines all of this vibration?

If the brain was a symphony orchestra, whose whole existence is based on the vibrations we call music, the answer would be simple. Each musician plays his part and only his part; then the entire assemblage of strings, woodwinds, and brass sync up into a piece of music that is coherent, with every musician resonating with every other. In other words, conscious decisions are made all along the way: instruments are made and tuned, the key of the piece is decided upon by the composer, harmony follows a given set of rules, and so on.

The human brain self-organizes in such a way that the most complicated piece of music is child’s play. To assume that vibrations know what they are doing, as a musician knows what he is doing, is absurd. Only consciousness knows what it is doing. Therefore, the resonance theory has it upside down. Consciousness generates brain waves—and countless other vibrations—to achieve what is needed in the physical brain. This implies that consciousness precedes any physical vibration, the way a trained musician precedes any note he plays on the piano or violin. You have to know what you’re doing in the first place, and the knower is nothing but consciousness.

I doubt that anyone will abandon a vibrational theory of consciousness just because it has a fatal flaw. The assumption that the brain physically produces the mind is too ingrained. But it’s worth commenting that in ancient India creation was also described in terms of vibration, in a theory called Shabda. It holds that anything, including the entire objective universe and the entire world of mind, can be assigned a vibrational frequency, and this frequency holds each thing together. So far, Shabda agrees with modern physics in a general way.

But Shabda explains that the vibrations have a conscious source in the same absolute, pure awareness that is the source of creation. Therefore, it isn’t baffling that resonance exists or that the infinite complexity of neurons talking to each other results in thoughts that make sense. Consciousness organizes the whole process from top to bottom—it knows what it’s doing.

It will take time, but somewhere in the future this solution to the mind-body problem will take hold once again, only in modern terms in accord with science. After all, as conscious beings we know what we’re doing, and there isn’t the slightest proof that atoms and molecules, no matter how they sync up, somehow know what they are doing. All they exhibit is raw vibrations, which doesn’t get you anywhere near explaining intelligence, self-awareness, language, purpose, and everything else that constitutes being conscious. Only a theory that begins with consciousness can accomplish that.