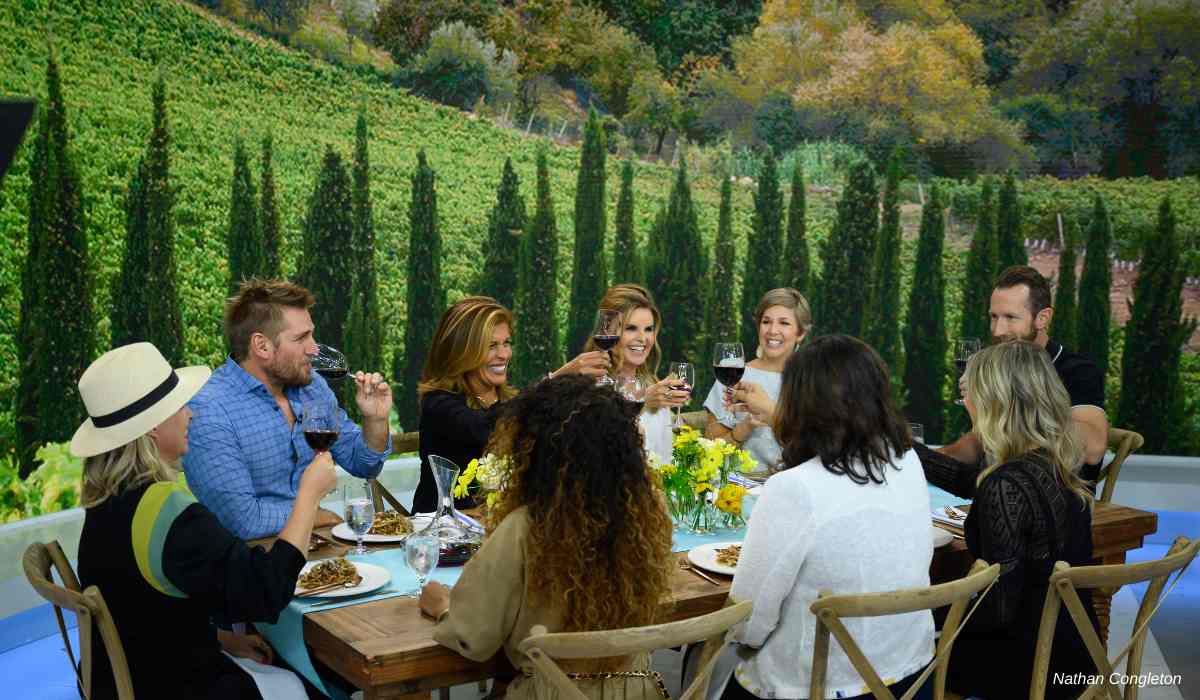 At the Democratic debate last Tuesday night, the final question posed to the candidates was one about friendship.

CNN’s Anderson Cooper asked each of them to describe a friendship they’ve had with someone who has different beliefs than them. The question came in light of what I wrote about last week, which was the uproar over comedian Ellen DeGeneres sitting next to former President George W. Bush at a Dallas Cowboys game. Lots of people seemed to be upset by the debate question, but I found it revelatory in terms of how the candidates answered it and how they didn’t.

Having the question come up in a presidential debate at all tells us that there is a prevailing feeling of fear in our country. There is a fear that people don’t want to be, or are too scared to be, friends with people who have different beliefs than them.

I happen to have a friend who is a Trump supporter. We don’t agree on politics, but I enjoy our friendship. My friend is kind, fun, works hard, loves his family, and has a deep life of faith. I can’t really tell you more about him because he doesn’t want anyone to know who he is. He’s genuinely afraid of losing his job.

I thought about him the other night as Anderson Cooper asked that question. I also thought about the many other people I know who support different ways of thinking, but who don’t want to talk politics these days or go home for the holidays because they fear any discussion will end up in a heated dispute.

In fact, a new survey by Ancestry finds that 81 percent of people reported tip-toeing around uncomfortable topics like politics at their holiday gatherings. Nearly half said they have skipped at least one family gathering altogether due to uncomfortable situations in the past. I find those statistics upsetting, and I think we can all do our part to lessen the tension that seems to be all around us.

Learning how to talk without fighting is an art form. Learning how to constructively disagree with someone you care about and still keep your friendship and/or relationship intact requires patience. It requires love, acceptance, humor, and the ability to allow others to be who they are, or think what they want, and love them anyway.

I remember when I started dating my kids’ dad and my family—all staunch Democrats— learned that he was a Republican. I thought they were going to pass out. In fact, pretty much everyone I knew thought I’d lost my mind. “What is there to even talk about?” they moaned. “Won’t you just be arguing all the time?”

But I knew it would be okay because I was raised by parents who believed in accepting and working with people who held different political and religious beliefs. They wanted people to come to the table with different life experiences so they could learn from them and expand their thinking. Both of them were successful at creating programs and passing legislation that impacted millions of people. They were able to do so because they worked across the aisle to forge friendships based on love of family, love of country, and the fundamental desire to do all they could to improve the lives of others.

That has also been our nation’s history. Ronald Reagan had a great friendship with Democratic speaker Tip O’Neill and it enabled them both to get real stuff done. My uncle Sen. Ted Kennedy was friends with Sen. John McCain, Sen. Orin Hatch and Presidents George H.W. and George W. Bush. Former S.C. Rep. Trey Gowdy wrote this week about his friendship with political opponent Rep. Elijah Cummings, D-MD, who passed away on Thursday. Their friendship helped people from both parties.

Abraham Lincoln built a cabinet with people who tried to defeat him as well. There are examples of other politicians who have done the same. I served as a Democratic First Lady in a Republican administration, but we found common ground on many issues because we sought to promote people over party. If you ask me, I’d love to see one of the Democratic presidential candidates forge a public friendship with someone like Gov. John Kasich, Gov. Mitt Romney, or Gov. Charlie Baker—all Republicans who have served, and are serving, their country.

Why isn’t this a good idea? Wouldn’t we all benefit? Of course, we would.

Don’t we all want success dealing with our climate crisis, our health care crisis, and the challenges facing our economy? We cannot get there alone. We cannot get there without the other party. It’s one reason why I became an Independent a few years ago. I didn’t believe the left or the right had all the answers, and I wanted to open my heart and my mind to hearing the perspectives and ideas coming from both.

In my work in the Alzheimer’s space, I don’t think I’ve ever once asked a doctor or researcher who they voted for. Instead, we talk about the need for more NIH funding. We talk about the gender research gap in medicine. We talk about the millions of people who are going broke as they struggle to provide care for a loved one. We put our heads and our hearts together to talk about what can be, and what we need to do to get there.

So, yes, at my family table—which almost always includes friends as well—we talk about politics. We don’t all have the same views, but we are all facing similar things in life and have plenty to share and learn from each other about that. We also talk about relationships, kids, sports, health, loneliness, finding one’s purpose, and what we are each trying to do to make the world just a little bit better.

The fact is, I don’t want to sit at a table with only people who think the same as I do. I won’t learn anything new that way.

I want my nameless friend who supports Trump to feel accepted in my home. I like pushing back on him, and I think he likes pushing back on me. And I want all my friends who support other candidates to feel accepted, seen, heard, and respected. As the matriarch of my home, I tell my kids that I want to be challenged. I want my mind to expand. Most importantly, I want my heart to grow. Closed thinking leads to closed hearts, and I believe that closed hearts are a danger to us all.

During the debate this week, Mayor Pete Buttigieg said that he thinks we think are going to be more divided after this election than we were going into it. I hope he’s wrong, but I fear he’s right. That’s why I’m going to try and do my part to make sure that’s not the case.

It’s one reason why we started The Sunday Paper Dinner Club in this newsletter. Each week, we share a "Meaningful Conversation Starter" and a recipe because we want to inspire people to come together, have meaningful conversations, and find common ground. I’m happy that many people have picked up the mantle and are doing just that across this country. I hope we can build a movement that inspires us all to do this at our dinner table week after week. This is why I’m going to be working with Ancestry to try and turn those numbers from their survey around and encourage people to build the skills and the courage they need to have meaningful conversations, not heated ones.

Moving forward, I’m going to push myself to seek out those who have different political opinions than I do. I’m going to continue to work on how well I listen when I’m in conversation. I’m going to hold myself to a higher standard when my views get challenged.

When I feel myself getting triggered or angry, I’m going to imagine my best self and how she would react. I’m going to pause and let her lead the conversation forward. I’m not going to let it get personal. Instead, I’m going to try to find one piece of common ground with every person I enter into conversation with.

And lastly, but perhaps most importantly, I’m going to push myself to love more openly, more fully, and more courageously. I’m going to ask those who disagree with me to do the same.

In fact, I’m going to start every conversation with someone across the aisle by stating my hope that we end the conversation as friends, and that our friendship become a force for good in our world today. Won’t you join me?

Dear God, please help me find common ground with others, especially those whose views or perspectives seem different than my own. While we may not always agree, allow me to keep an open heart and an open mind. After all, open hearts and open minds are the key to Moving Humanity Forward. Amen.

Dealing with Disappointment from Expectations

A Lifestyle Geared Towards Life & Longevity