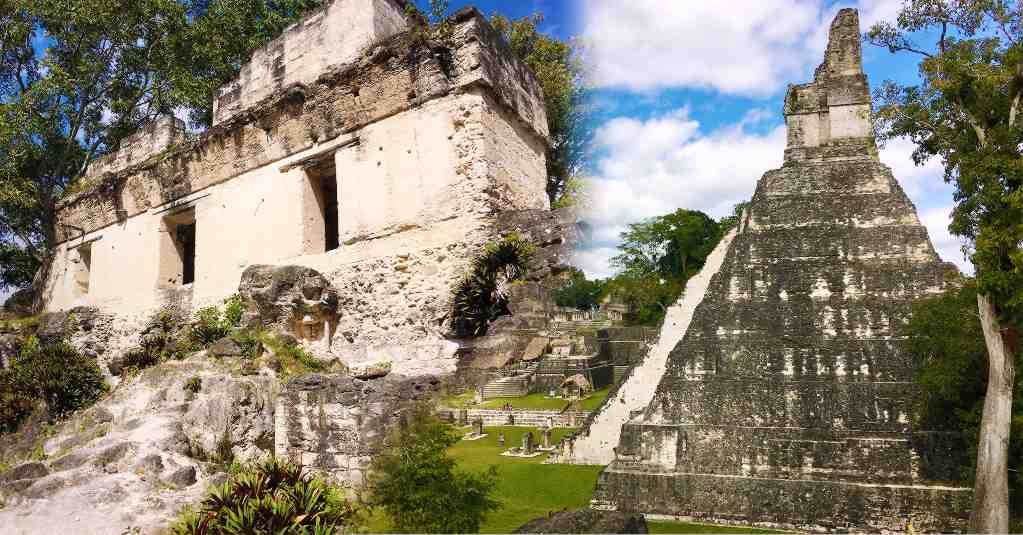 He peers at the array of impressive structures. “Of course, we Maya are still here, but we abandoned those cities and pyramids that rival the ones in ancient Egypt, Greece, and Asia. We let nature reclaim them; trees took over. They were lost to the world for hundreds of years.”

He walks into the center of the Grand Plaza and stands between the Great Jaguar Pyramid and the Pyramid of the Masks. As we follow, I think about how the lives of the people on these trips are forever changed by their experiences.

The shaman stops. “We Mayas returned to the forests and mountains.” He surveys the people clustered around him. “Why?”

There is silence, broken only by the distant call of a howler monkey. A woman raises her hand. “Climate change?”

“You’ve done your homework,” he replies with a grin. “Climate change and a realization that we had to stop being colonized by a handful of kings and priests. That’s where one important interpretation of the 2012 Prophecy comes in.” He glances up at the Pyramid of the Masks. “Our legends and prophecies are complex and vary somewhat depending on which of the two dozen Mayan dialects you happen to be hearing. The one I favor tells of a very long period, hundreds of years, ruled by a king who drove the world into darkness, to the brink of disaster. A horrible king, usually referred to as Seven Macaw, he was vain, vicious, brutal, greedy, egotistical, and obsessed with material things. During his reign, there were huge gaps between the few very rich and the rest of the people. Severe changes in the climate resulted in massive crop failures. Then, wars between the city-states, more brutality, chaos. Of course, Seven Macaw is a metaphor for the kings of those city-states and their priests.”

“Us, today,” the woman says. She glances at me.

The shaman points at the Great Jaguar Pyramid. “Male.” He turns to face the Pyramid of the Masks. “Female.” He claps his hands. There is a resounding echo that reverberates off both pyramids. “Male and female. Balance,” he says.  “The legend tells us,” he continues, “that two young siblings, known as the Hero Twins, cut off the head of Seven Macaw and threw it into a basket. Then they replaced that king with a compassionate, selfless leader, usually called Hunahpu, who inspired people to connect with nature and delve deep into their spirituality.” He pauses and looks up at the female pyramid, then back at us. “The reason that 2012 was so important is that it is the year when the Mayan calendars that go back thousands of years ended.” He peers into the faces around him. “I know that people in your country and those who make the movies told you that the end of the calendars spelled catastrophe, perhaps even the end of the world.” He smiles. “But that’s not at all what the Mayan legends say. For us, 2012 marked the end of the old era, Seven Macaw’s colonial empire, and the beginning of the new, Hunahpu. The new calendars began after December 21, 2012.  You see, long, long ago, Mayan astronomers knew that, from the Earth’s perspective,” he looks up again, “the sun would enter the center of the Milky Way – the ‘great rift,’ the dark spot in the middle of our galaxy – on that date December 21, 2012. That represented the throwing of the head into the basket.” He places his hands over his heart. “December 21, 2012. It was a day of great celebration and ceremonial fires among the Maya.”

I remember it well. Daniel, the Ecuadorian shaman/environmentalist/guide who co-facilitates trips with me, and I had brought a group to many sacred Mayan sites in Guatemala that December. We did celebrations with shamans who keep the ancient traditions alive and apply them to the modern world; we’ve continued to do so every December since.

“However,” the shaman raises a fist. “It’s important to point out that the prophecy says that the Hero Twins must make it happen. They have to take courageous actions. Seven Macaw will not cut off his own head. Today’s leaders will not voluntarily give up their wealth and power. Not in the US. Not in Russia, China, or Guatemala. Not anywhere. We, the people, must do it. We must take action.” His eyes meet each of ours. “Twins.” Two fingers rise from his closed fist; slowly they come together.  “Men and women, people from all races, all cultures and countries, coming together, dreaming new dreams, telling new stores, working together.” He lowers his hand. “That is the Prophecy of 2012.” Again, he smiles. “It is the reason you are here.”

Excerpted from John Perkins’ upcoming book Touching the Jaguar: Transforming fear into Actions to Change the World to be published by Berrett-Koehler (the B Corp publisher of Confessions of an Economic Hit Man) in June 2020.