Originally from Boston, in his early 20’s, Jon Paul moved to Los Angeles and quickly became one of the most sought after Celebrity Trainers and Sober Coaches in the Country.  Unexpectedly, he found himself in a breathwork class and had a massive transformation that first time.  Knowing he had to share this technique, he not only began teaching...

Originally from Boston, in his early 20’s, Jon Paul moved to Los Angeles and quickly became one of the most sought after Celebrity Trainers and Sober Coaches in the Country.  Unexpectedly, he found himself in a breathwork class and had a massive transformation that first time.  Knowing he had to share this technique, he not only began teaching but developed his own unique style and quickly began selling out classes all over Los Angeles.

Jon Paul currently resides in Bend Oregon with his wife and two children, but returns monthly to Los Angeles to teach his sold-out classes and workshops, as well as, lead his in-demand Breathwork Teacher Trainings

What makes Jon Paul stand apart is his east coast no-nonsense approach. He has taken the “New Agey” part out of breathwork and both companies and corporations are filling his calendar. CEOs and the Forbes set have found themselves in his classes and have hired him to teach all their employees.  Jon Paul has broadened his classes into customized workshops and corporate retreats of all sizes all over the country.

Jon Paul has appeared on Good Morning America and has been featured in The Huffington Post and The Hollywood Reporter. You can find him on countless talk shows and podcasts both domestically and internationally, as he continues his work to make breathwork more accessible and mainstream.

Jon Paul believes there is no one who can’t benefit from this practice and he has the Olympians, Oscar, Emmy and Grammy winners to prove it.  Witnessing people visibly transform, often after just one session, is why he greets each day excited to turn people towards their most authentic selves and he has made it his life work to reach as many people as possible. 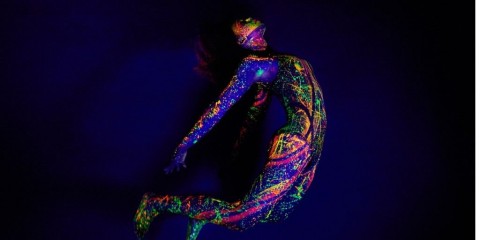 A Brief History of Breathwork

The adjustment of the breath has been employed for 1000’s of years by cultures and spiritualities worldwide to transform consciousness. In the oldest forms of Christianity baptisms included restricting the breath by keeping initiates under lake water, taking them close to the point of death, only to hoist them back up to the surface. For hundred of years, indigenous cultures in Australia use circular breathing in a variety of cultural and spiritual rites. Many Buddhist meditations involve lessening and placing one’s attention on the breath. The well-known Buddhist monk Thích Nhất Hạnh once wrote “The Breath is the bridge which connects life to consciousness.”

Breathwork Can Change Your State of Mind

Breathwork allows a person to achieve a state that activates a natural inner healing process of the psyche. This can bring a person to an internal experience that is incredibly profound. Because the psyche’s internal healing process is taking over and guiding the process, the quality and type of experience is unique to each person. Some people report recurring internal themes during breathwork, but no two experiences are alike.

In the 1970s Dr. Stanislav Grof began looking into how one can cross this bridge as a substitute to psychedelics. He realized that by breathing more quickly, deeper, and placing your attention towards the body, a person would ultimately move into a non-0rdinary state of consciousness. He coined this practice “Holotropic Breathing”, which basically means “moving towards wholeness” (Holos = whole and Trepein = moving in the direction towards something).

Breathwork For Clearing Trauma – What You Need To Know 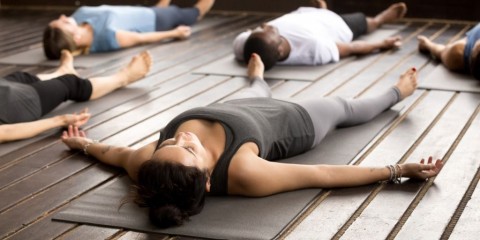 Breathwork For Clearing Trauma – What You Need To Know

Take a deep breath. Breathe in, breathe out. Just breathe. Those three phrases are ones we’ve all heard before throughout our lives, and with good reason. Breathing is not just the way take in oxygen to keep living, it is also one of the most powerful tools we have for dealing with negative energy. However, there’s a big difference between the negative energy we experience throughout our day and deep-seated emotional or psychological trauma.

How does a person get traumatized?

Trauma can occur from any number of things that we experience throughout our lives. According to teachtrauma.com, the most common types of trauma are the following:

There are some basic symptoms of trauma that you may be able to notice. People who have experienced trauma may appear shaken or disoriented, and may not respond to conversation in a normal way. They may also appear withdrawn or not fully present in the moment, even when speaking. 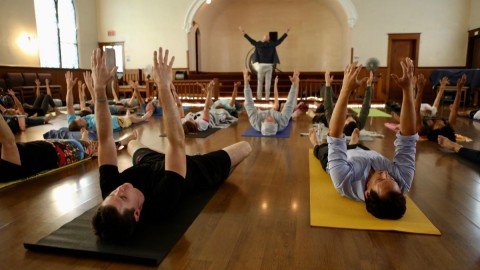 Twenty-three years ago, I moved to Los Angeles from Boston. I can’t remember if I had ever heard of yoga before I made the move, and even then, there were only a few yoga studios in the Los Angeles area.

Now, yoga studios are like Starbucks – you can find one on almost every street corner in every city across the nation. Lately, the trend seems to be “combining something” with yoga; boxing and yoga is probably my favorite -- absurdity wise. What’s next? Improv and yoga?

Look, I’m not a hater, I’m just (still) a little east coast sarcastic. I’m all for whatever helps people feel better and become the better version of themselves.

Imagine if I told you 20 years ago that there’s this thing call “yoga”, and it’s going to be huge. Well, that’s where meditation is right now. Meditation studios are popping up in LA and NYC, and soon they’ll be found in every city the same way yoga is. An increase in immune function, grey matter, positivity, memory, focus and attention, and a decrease in stress, anxiety, depression and inflammation are just some of the benefits to meditation. It’s a no-brainer, really. And in this high paced, stressed out, cell phone obsessed world…who doesn’t need to take a moment to stop and shut it all down?