An Empire in Collapse 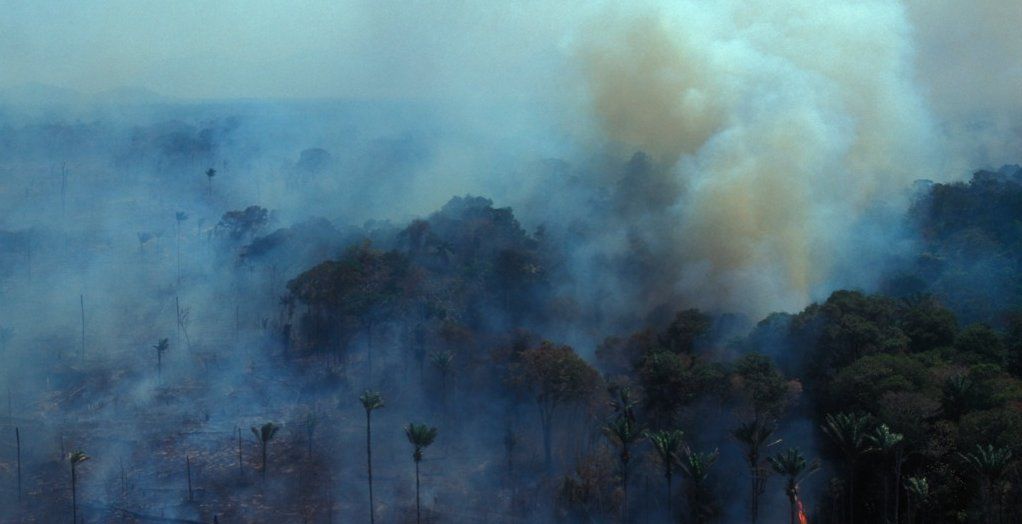 An Empire in Collapse

In the Amazon, vast areas of rain forest are burning. Globally, millions of species of plants, animals, birds, insects, and reptiles have gone or are going extinct. Glaciers are melting. The Barrier Reef and corals around the world are dying. Children displaced by the climate crisis and brutal governments are starving, being imprisoned, and murdered. Fascism is on the rise. On and on. . .

“We Mayans know that it sometimes takes catastrophes of apocalyptic proportions to convince humans to change,” the shaman told our group as we sat beneath the Great Jaguar Pyramid in Tikal, Guatemala. “We experienced this a thousand years ago. Our leaders continued with policies that cut forests, drained swamps, destroyed the environment and changed the climate. Crises followed crises. The once great Mayan empire collapsed.”

I think of this as I sit in a New York City court room, having just testified in a case that, like so much of what’s going on all over this planet, seems totally unbelievable. And, like all the major crises, at the root of this case is the greed of big corporations and the disregard of their managers and stockholders for anything except the maximization of short-term profits.

Attorney Steven Donziger, sat at a table in front of me facing the “referee” (roughly the equivalent of judge and jury in this hearing). Donzinger was under attack for spending three decades trying to get Big Oil to clean up the terrible mess it created in the Ecuadorian Amazon rain forest.

For comparison: In 2010, the oil company BP discharged a total of 4.9 million barrels of toxic wastes into the Gulf of Mexico,¹ and has since paid more than $60 billion in cleanup costs and penalties.²

In contrast, from 1967 to 1992, Chevron (formerly Texaco) dumped more than 381 million barrels (about 80-times more than BP) into Ecuador’s fragile Amazon rain forests³ and continues to refuse to pay the clean-up costs and penalties levied against it.

Steven Donziger, just out of Harvard Law School, filed a class-action lawsuit in 1993 on behalf of 30,000 Ecuadorians against the giant oil company. More than fifty professional site inspections found that the average Chevron waste pit in the area contained 200-times the contamination allowed by US standards. Ecuadorian courts, including the country’s equivalent of the US Supreme Court, ordered Chevron to pay $9.5 billion to clean up and to help victims who suffer from cancer, birth defects, and terribly polluted water and land.³ But instead of obeying the law and paying, Chevron hired an army of lawyers, private investigators, and public relations consultants to beat down the US lawyer who has led the case.

Chevron’s mercenaries at Gibson, Dunn & Crutcher, a law firm that has been censured in England for fabricating evidence, and in California, Montana, and New York for witness tampering, obstruction, and bullying adversaries launched vicious attacks that included a RICO (racketeering) charge against Steven. In 2018, Chevron lobbied successfully to have Steven’s law license suspended – without so much as granting him a hearing. In 2019, a federal judge with an apparent grudge against Steven, Judge Kaplan, labeled him as a “threat to public safety.” When the U.S. Attorney’s Office refused to prosecute, Judge Kaplan hired private lawyers to indict Steven, imposed an $800,000 bond on him, and placed him under house arrest.

Sitting in that court room, it was obvious to me that Chevron is the real threat to public safety and that this case is one of thousands of examples of corporate power and governmental abuse in the US – and around the world. It is the sign of an empire that is disintegrating.

“When the Mayan empire began to collapse,” the shaman continued, “the leaders grew desperate. Cities attacked their neighbors. Anyone who spoke out against the authorities was severely punished. Eventually, the people just left, fled into the jungle or up into the mountains. Magnificent cities, like this one, Tikal, were abandoned. Nature reclaimed them.”

History tells us that this is how all empires end. Things begin to fall apart; the leaders seek to divert attention; they persecute those who point out the problems or try to fix them; and they place their own short-term gains above long-term sustainability.

All the major crises we face today are the result of policies, like those of Chevron and the governmental systems that support it, which are short-sighted, greed-driven attempts to perpetrate conditions that are obviously failing us all. The Mayan people abandoned their corrupt governments and cities. They took to the forests and the mountains. We can’t do that today because there is no place where we can go.

The shaman’s eyes moved around our circle, connecting with each of us. “Today, there is only one possibility: We must transform this failing system into one that works. You in your countries must learn the lesson of the Maya. We are here to teach you.”

NOTE: To learn directly from the Mayan shamans and other teachers, join John Perkins on his January 10-17, 2020: “A Journey to the Lands of the Maya: Guatemala.” 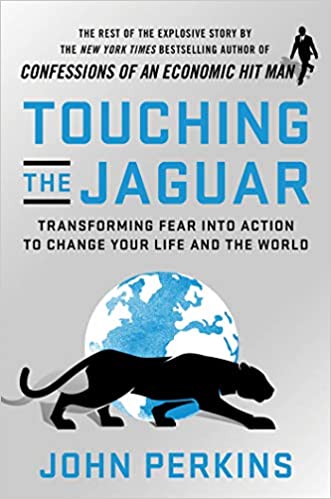 John Perkins details how his experiences in the Amazon converted him from an EHM to a crusader for transforming our failing Death Economy that destroys its own resources and nature itself into a flourishing Life Economy that renews itself. He provides a strategy for each of us to change our lives and defend our territory--the earth--against destructive policies and systems.