Dr. Laurie Moore, human and animal reader has a therapy license and graduate psychology teacher background. Dr. Laurie assists with cross overs. Author of The Cat’s Reincarnation: Transformative Encounters with Animals and Healing and Awakening the Heart: Animal Wisdom for Humans, as well as ten additional books, she has appeared on BATGAP with...

Who Benefits Most from Psychics and Heart Telepaths? And How? 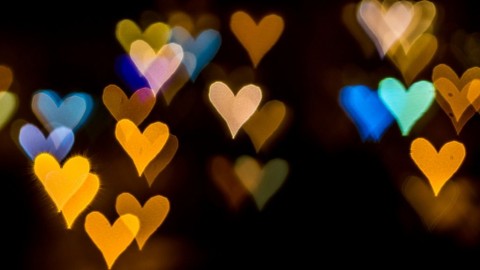 Asking someone to tell you the future is not as valuable as learning how to create your future. A good heart-telepath or psychic understands dynamics about who you are. If you invite the helper to discuss your life learning curves, your current learning curves, and your current growth opportunities you set yourself up for success. If you just want a simple answer on whether or not you will marry someone or be with them long term or when money will come your way, you are missing the greatest opportunity to create/invoke/allow/surrender into  your success.

From Dr. Laurie Moore I remembered that my life can be created in love and prosperity during any scenario. We worked on healing some places inside me that needed more love. I found spaciousness within. What I appreciate with this work is that Dr. Laurie works with me to help me find my greatest self, my own capacity to create what I desire in life. Rather than telling me how my future has to be, or telling me my destiny is set in stone, she aligns with me to navigate myself into my desired future. She helps me to remember that miracles are forever available and gives me tools to create what I seek.
— Rachel F. from California, U.S.A. 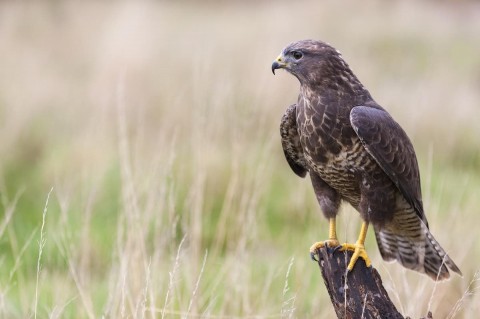 As my career flourished and my life filled with wonders, a lifelong dream of producing three inspiring videos about awakening, animal communication, and miracles was close to realization. There was one hitch in my emerging success. My DVD footage was being held hostage. I did not have the ransom funds. Sounds like a movie! But it's a true story. I was so angry that I went outside kicking my feet as I sought peace under the night stars. My heart felt crumpled into a paper ball. Alone in my despair, I sat a moment by the compost pile, feeling a desire to be transformed into something more fertile.

I got up, walked a ways, then made a left turn, unsure of why. I just followed my senses in the same way I follow what beckons. There, late at night, under stars, sprawled below me, no longer alive, was one of my best friends, the hawk.

There had been three hawks that spent lots of time with me. They called to me each day, circled around me, attended my seminars in circles above, and guided me into the place where heart and sky were the same. What happened to this one?

I could not understand. I blamed myself. My negativity over this matter of the DVDs must have killed the hawk, I thought.

"That is not what happened," said the hawk, who was right above me, though her body was on the ground. "Please go inside, sleep, and listen," she continued. By passing the feelings in her own heart into mine, she was able to give me this message.

Despair was literally extracted from my body in that moment. I felt comforted by the presence of my loving friend. Following her guidance, I went to bed. Lying awake most of the night, I felt flown. My heart was lifted into lighter and lighter contentment. Everything but love disappeared. I experienced myself flying in waves of blissful peace.

Accepting Life in Motion and Feeling 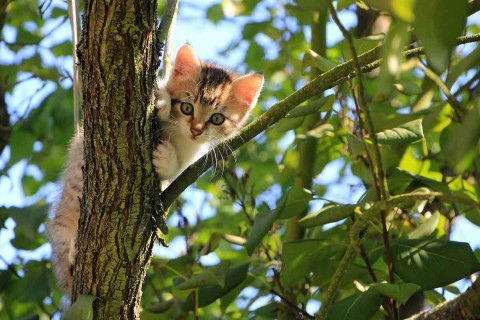 The following is an excerpt from The Cat's Reincarnation: Transformative Encounters with Animals.

We learn the same life lessons again and again, delving more deeply into the essence of these. We spiral and cycle through love that lightens, expands, and falls further into the endless each time we revolve through a familiar lesson with a loved one.


When I treat life with a willingness to cooperate, all life becomes my teacher and my lover.  Recently I experienced some cramping during my menstrual flow. Believing that my ovaries have a life of their own and were expressing something to me, I decide to be my ovaries for a while. I took my consciousness into my ovaries. I placed my feeling awareness right in my ovaries. It became apparent that some sorrow was living there. I saw pictures of events that had happened many years ago which had lodged themselves in my ovaries. As I remained fully present, fully accepting of the ovaries' experience, the pain intensified. I was one with the pain so it no longer hurt.  I was placing my consciousness in the ovaries instead of analyzing them. The pain was merely a sensation. As I remained present, the pain subsided. I took the pain to my heart (a practice suggested by Margaret Ruby, who is the founder of Possibilities DNA) and forgave it. My ovaries felt a tingling joy. I was in love with life.

During a visit,  Feline Sno's person tells me that Sno has become calmer since the two of us recently spent time with one another. Sno has also repeated being stand-offish among some guests. My heart tells me again that Sno is a very loving and sensitive little being. I feel her to be playful, and she affirms this is so. These are her thoughts sent through my heart. We feel and think together. She sends me heart-telepathic pictures of herself as an acrobatic healer, bringing me great delight and joy. When I approach her she hisses. Her outer behavior doesn't  match what I feel she is communicating to me from within so I remain curious.

Human and Animal as One 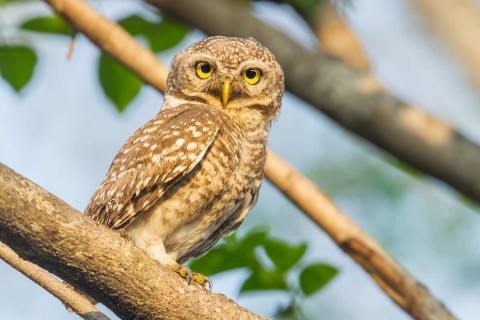 In our Sanctuary Home in the 2007 called Lions Field, (Jessie Justin Joy. the famous feline was the  the lion of our heart and the street  named "Lions Field" ), my owl friend sang to us often, sweetly and calmly. She had not yet revealed her physical self but stayed near every night. Meanwhile, our hawk friends circled above us and one frequently  waved back to me from the warm sky. We had been blessed with hawk, hummingbird, deer and raven friends who approach us in every home and who had also met us during many trips to lead Satsangs elsewhere!

One morning my owl friend and I shared our thoughts as we met in the verses of music within the trees and breeze as a shared voice. Below I share our reflections.

Keep On Keep Choosing the Light! 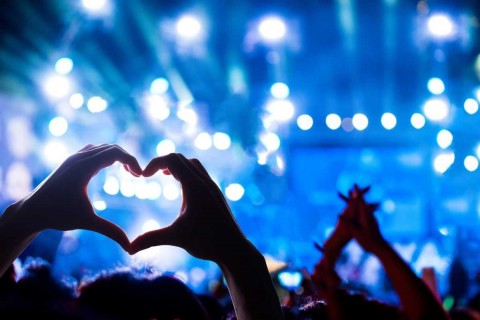 Light workers, playfulness players keep trusting. Each thought, feeling, and intention you exude in colorful miracle, musical sincerity, sweet scent of many flowers and plants,  into this world has repercussions far beyond.  The lilies in the compost are loud singers to the listening ear, bright and here.

The dogmas that stop the flow are simply guidelines for people in developmental stages requiring these rules of learning, prior to surrendering into the sun. Patience for all. 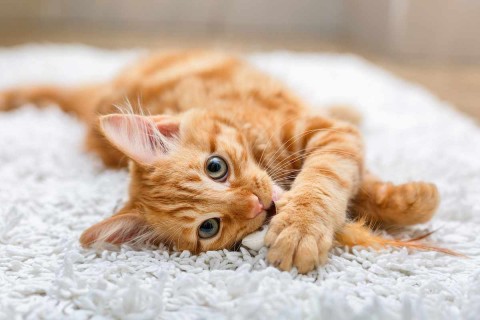 When we grasp different aspects of our being, aiming to fix or heal each one, we may end up feeling fragmented and lacking. Another approach is to sit in the essence of flavor that we are, breathing in to the core of our self as though we are a tree, noting that each aspect of our being is a dance in motion. In the center of all this is a stillness that is love.

Confused about an Animal's Expressions? 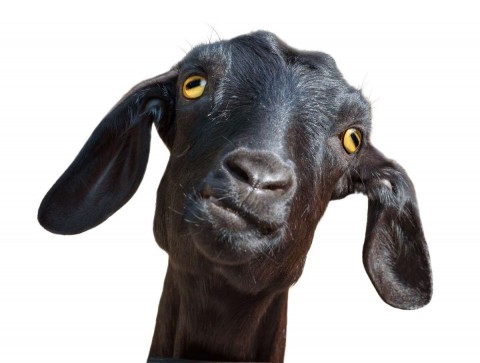 Many times, I have received calls from people who thought that their animal friend was angry at them. Ninety nine percent of the time, this was not accurate. Often an animal communicates with heart-telepathy but is not heard. Next the animal uses eye contact. A slight change of behavior may be a third attempt. At last the animal does something highly evident as a last resort of communication. 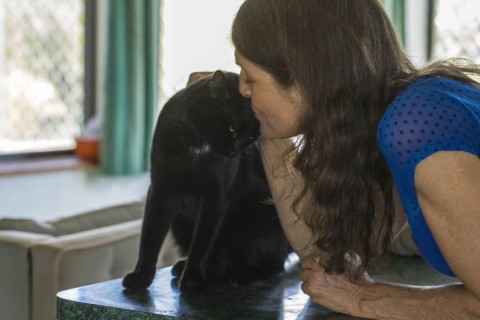 Regardless of how many spiritual epiphanies, practices of valuable relational tools, and life times we may or may not have experienced (said with a wink), being human is complex. Deep peace can be followed with profound embarrassment. Certainty that we have arrived in steady and dependable self-confidence can be shaken with a new event. Love that feels graced with limitless can suddenly encounter a period of challenge.