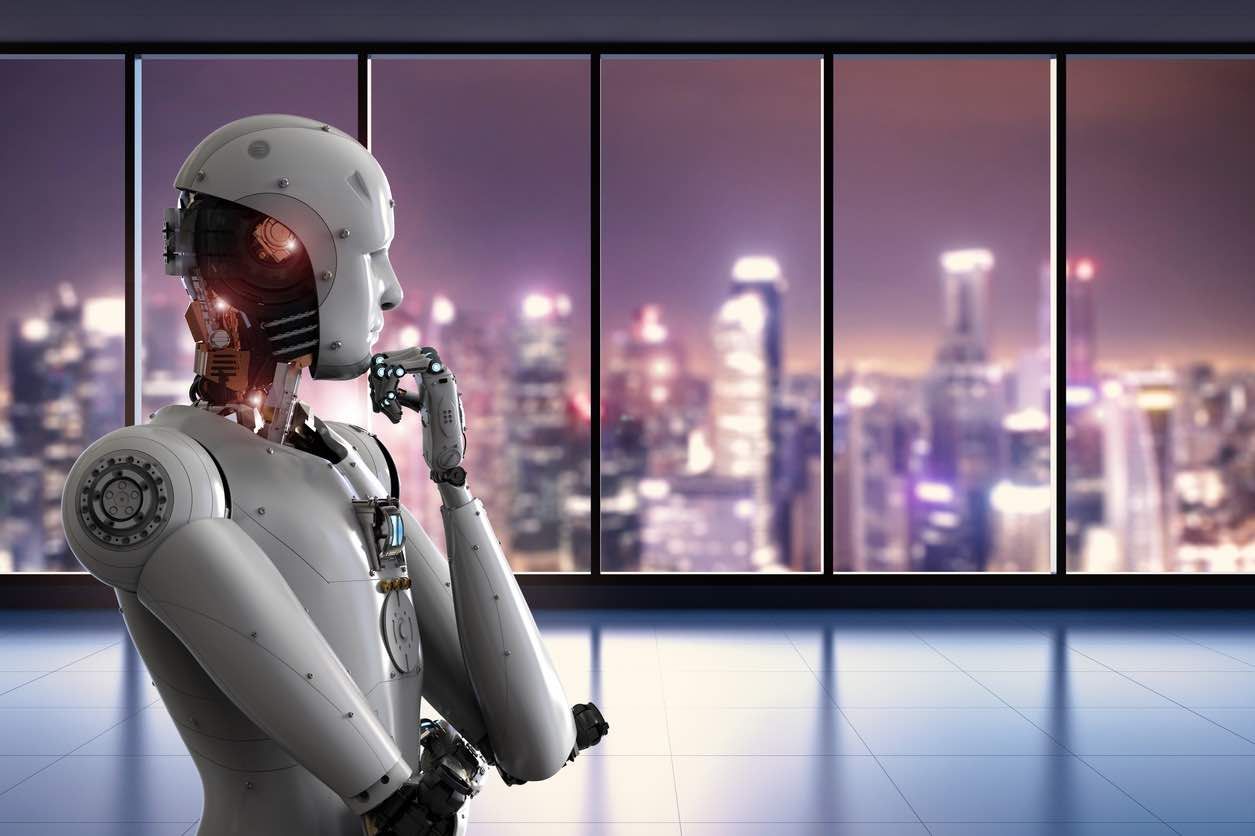 As news keeps pouring out about the latest advances in artificial intelligence (AI), people don’t know how much to welcome the technology or fear it. There are warnings from top-level scientists about a future in which super computers become so advanced that they leap into autonomy. Freed to make their own decisions, AI could lead to machines that create catastrophes like starting a war. On a more mundane level, robotics has steadily replaced humans in many jobs. Some experts declare that few jobs performed by a human being could not eventually be duplicated with a machine more cheaply and efficiently.

Yet in the midst of this worrisome situation, which also holds vast promise, the irony is that the direst perils of AI are already here, in the form of our own human intelligence. We feel intuitively that we have natural intelligence, not the artificial kind. After all, nobody built us from mechanical parts; we lead emotional lives; we are capable of insight and self-reflection. Despite these things, however, the human mind is deeply artificial in many ways, and the negative connotations of the word “artificial”—fake, lifeless, illusory, mechanical, arbitrary—apply to everyday life.

At one level, when we fall into self-defeating habits that we can’t break out of, we are exhibiting robotic behavior. When we give in to primitive responses like aggression, fear, and hostility, we relate to our lower brains like biological robots. And when we create totally arbitrary value systems like competing religions and political ideologies, we follow pre-programmed mental software without thinking for ourselves. The ability of human intelligence to create new constructs is a two-edged sword. For every advance in science and technology, there are the destructive results of war, environmental depredation, and other attacks on nature, including from within. Nothing is more deeply troubling than human nature, which can run out of control more fatally than any robot or super computer.

These examples illustrate the artificiality of human intelligence, because there is nothing natural about them; all are mind-created. This raises the question of why we permit ourselves to lead pre-programmed, robotic lives according to second-hand opinions, outworn beliefs, fixed conditioning, and mechanical responses. AI in the field of technology is simply about how to build a better logic machine; AI in the human sense is about discovering what “natural intelligence” might be. In a world imperiled by every form of human folly, discord, and self-created woe, no issue is more urgent.

As complex as the situation is—and I’ve only offered the barest sketch of it—the answer isn’t complex. We need to know ourselves in a new way. If you try for a fresh start by throwing out all the artificial, arbitrary constructs that burden us, what’s left is the most basic aspect of life: experience. Strange as it sounds, none of us really understands how experience works, because we are too entangled in it to find the right viewpoint, a viewpoint uncolored by the restless mind.

Here are a few bare facts about experience. First, it is evanescent; experiences rise and fall, appearing and disappearing. Second, we have no idea how or why this occurs. The next thought is totally unpredictable (except when it’s robotic) and therefore out of our control. Third, to keep life from disintegrating into total discontinuity, we set up a simulation of reality that enables us to survive and thrive. This simulation, as the brain evolved over millions of years, we call the human world, which is based on the five senses, everyday perceptions, interpretation of perceptions, and the stories based on interpretations that everyone agrees upon.

Agreed upon or not, our simulation of reality is totally arbitrary, and at bottom is a gigantic feedback loop. We believe what we see; we see what we believe. (So powerful is this feedback loop that it generates the appearance of time, space, matter, and energy—but that’s a longer, more complex story to unravel.)

To escape the feedback loop would be the fresh start that is the goal of the world’s wisdom traditions. You can’t escape by using mental activity, any more than a hamster can get to a new place by running faster in its wheel. As surely as computer will never employ AI to become human, we cannot use our mental programming to free ourselves from mental programming. The whole project is self-contradictory. If the simulation of reality has trapped us, where does reality begin? Logically, it must begin in something that’s constant in the face of evanescence, permanent in the face of change, and unaffected by the mind and its crippling ability to trap itself.

The constant we need to find is actually right under our noses. As experience appears and disappears, one thing remains untouched and unchanged: awareness itself. You can’t predict or control your next thought, but one thing is certain. You will be aware of it. A thought is a spark of awareness taking shape before it vanishes. The same is true of bigger mental events, too, like memory, theories, models, philosophies, religions, technologies, and history. We try to anchor ourselves to these bigger events, but inevitably they shift, rise and fall, and give way to something equally insecure.

By trying to anchor life on what is impermanent, we ignore the other alternative, anchoring life on what is permanent. If we had made that choice instead, there would be no fear, insecurity, conflict, and confusion. Resting on the foundation of consciousness means not buying into impermanence, and impermanence is by definition the source of all illusions, because every illusion is the child of the one great illusion that life is impermanent, threatened by the specter of death. In reality, life is consciousness itself, and therefore it isn’t the opposite of death.

Dying is the aspect of evanescence we fear the most (here today, gone tomorrow). Yet every night when we go to sleep, experience vanishes while awareness remains. What we call waking up is just the return of mental activity in terms of sensations, images, feelings, and thoughts. During sleep, however, the brain and central nervous system are constantly active; every cell is surviving and thriving; nothing is unconscious in the slightest. It is only the rise and fall of experience that ceases when we fall asleep, not the underlying consciousness that makes experience possible.

Here one can see the most artificial thing about human intelligence: our false belief that we are our thoughts. If that were true, impermanence would be the only reality. Fortunately, beliefs can be unmade as well as made. There has never been total allegiance to the belief that we are our thoughts. The entire tradition of spirit, soul, God, and enlightenment is a form of dissent against the domination of the mind and the futile attempt to perfect a mind-created reality. Even if our minds could make us perfectly happy, returning to the Eden of innocent childhood, we would still be in the grip of illusion. The only way to be a free human being is to identify with consciousness; that’s the only fresh start available to us. Beyond all impermanence is awareness, the ground state of existence and the hope of a completely natural life.

* Reposted with Permission from SanFrancisco Chronicle