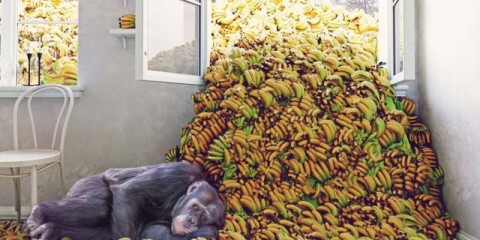 Bananas aren’t just for monkeys. In fact, among humans, they’re one of the most popular fruits in the world — and for a good reason. They’re delicious, inexpensive, and they even come in their own convenient packaging.

But is this delicious fruit good for you? Are they sustainable? And are there any downsides to this beloved fruit, other than the danger of slipping and falling on a peel? And what are some of the best ways to enjoy bananas?

Bananas are the fruit of the Musa acuminata plant. The word “acuminata” means tapering or long-pointed and refers to the flowers, not the fruit itself. Before the banana was called the banana, around the 17th century, it was named “banema” in Guinea.

Bananas originally came from the Indo-Malaysian region, stretching down to northern Australia. Historians guess that people started spreading the wonder of edible bananas in the Mediterranean region in the 3rd century, B.C. It wasn’t until the 10th century, A.D., that bananas are presumed to have first arrived in Europe and began their spread around the globe.