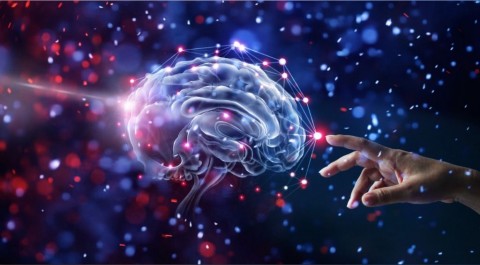 We're living in a golden age for brain research, which aims to revolutionize how we think, feel, and behave. Thanks to brain scans like the fMRI, brain activity can be localized and even the most precise activity pinpointed. For example, researchers can spot the minuscule area in the visual cortex that, when damaged, prevents a person from recognizing faces, including one’s own.

The ultimate challenge in neuroscience is to map the whole brain down to the tiniest detail. This is the brain equivalent of mapping the human genome, and a public-private collaboration began in 2013 called the White House BRAIN Initiative is underway.

But what will we use the completed brain map for? One obvious area is medicine. The more we know about what goes wrong in Parkinson's disease and Alzheimer's, the closer we get to a cure. Yet one could argue that a higher goal would be to reinvent how we use our brains. "Reinvent" isn't an exaggeration. Thirty thousand years ago Homo sapiens had evolved the same genetic array that modern people inherit. In those thirty thousand years arose reading, writing, advanced art and music, government, mathematics, and science. Their foundation was an ever-evolving relationship between mind and body.