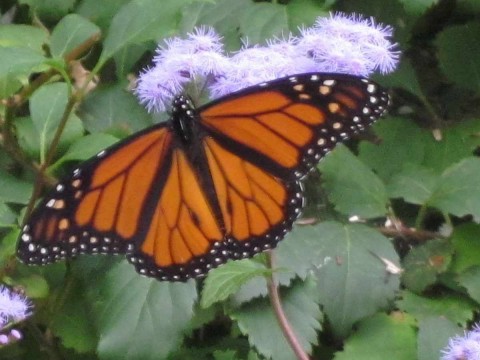 The aptly named “butterfly effect” has become well known in recent years as people begin to take seriously the interconnectedness of all life on our planet, as well as the nature of energy itself. The name refers to the possibility that the movement of a butterfly’s wings affects the world around it in unforeseen ways. The greater truth of this idea resonates within my own life again and again, often quite literally.

Several weeks ago, I reread Sharon Salzberg’s book Faith, published in 2002. I had read it then, but I was moved to take it off the shelf again because its title called to me strongly. As my spiritual journey has deepened, I have found myself repeatedly stepping off the edge of certainty (or the illusion of it) into the unknown. Over the past two months, everything seemed to fall away until I realized that I was being asked to move forward completely on “faith.” Thus my reason for rereading Sharon’s book. With each chapter, I saw how much more deeply I connected with it than I had 15 years before.