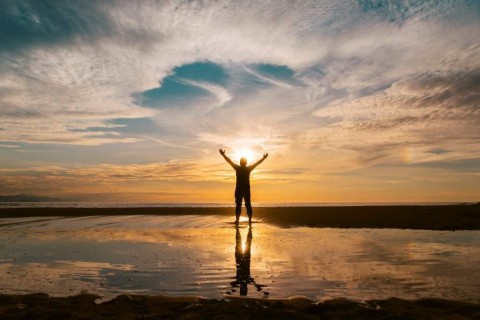 Social activism and making a constructive difference in the world were focal points in the Los Angeles household of my childhood. My parents’ generosity of heart and community values were strong influences on me and my two brothers. Their example contributed to my involvement in anti-Vietnam protests during high school, boycotting businesses that paid unfair wages to people of color, and my membership in the Black Worker’s Congress and the establishment of the Harriet Tubman Prison Committee in college. I enthusiastically participated in these and other socially acceptable activities of the ’60s and ’70s. I was known to be an agnostic, so my unorthodox spiritual opening came as much of a surprise to my family and friends as it did to me.

In the early 1970s I was a student at the University of Southern California, majoring in psychobiology, a time when smoking marijuana was, well, the norm. What I was learning in classes about mental illness caused me to wonder if echoes of some childhood experiences wherein I experienced visions were pathological. I cut back on the marijuana, hoping the visions and voices would stop. Instead, they only intensified.