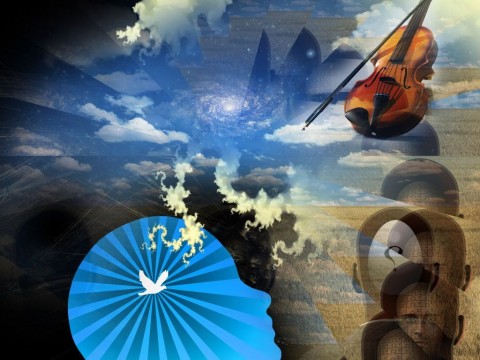 At some point in the history of medicine, a picture coalesced about the role of the brain. From the first basic insight that the brain is the organ of thought, this picture became more and more complex, until neuroscience reached it present state, where the brain is glorified as "the three-pound universe." Like a magic lantern casting pictures on a blank wall, the brain supposedly projects the three-dimensional world and everything in it.

I ended the last post on the brain by saying that placing the brain on such an exalted plane will lead to a dead end--in fact, it already has. There is no physical evidence that your brain has ever had a single thought, that it projects a realistic picture of the world, or that it creates mind as a byproduct of cellular activity the way a bonfire creates heat. Nothing about the brain suggests anything of the sort. Instead, the brain displays physical activity as thoughts take place, the same as a piano's keys going up and down as a performer plays the "Maple Leaf Rag" or Beethoven's "Moonlight" Sonata.