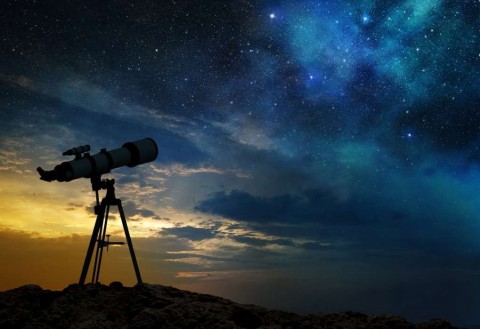 Although advanced instruments like the Very Large Telescope in Chile grab spectacular images and space probes give first-person access to distant bodies like comets, asteroids and planets, the story of the universe is largely told by the numbers. The cosmos holds together, particularly at the farthest horizons, through mathematical calculations. It's incredibly tricky to calculate what actually occurred during the big bang, for example. At the other extreme, the potential (inevitable?) death of the universe is conjectured, not by envisioning it but by taking the known laws of nature and foreseeing how they play out over time.

There are so many variables in this numbers game that huge gaps are possible and possible errors that are more than sizable. Trouble was recently reported in the October 3 issue of New Scientist, a "glitch at the edge of the universe that could remake physics," as the headline declared. What's in question--perhaps--is one of the constants upon which most of our theoretical understanding of matter and energy rest. The general public is aware of constants like the speed of light and the force of gravity, but the "fine structure constant," also known as alpha, has deep implications for the biggest and smallest things in creation.