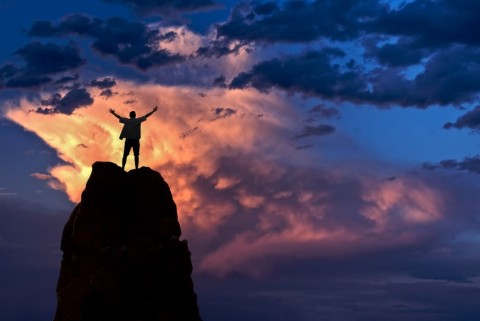 By now many people are familiar with the term “positive psychology,” although they might not realize its significance. Medicine proceeds by diagnosing diseases and attempting to cure them, and as a branch of medicine, psychiatry and psychology focused for decades on the pathology of the mind. It took an enormous change in attitude to switch the focus to the positive potential of the mind. Positive psychology therefore addresses issues like how to be happy, to increase self-esteem, to promote well-being and so on.

One can think of this shift toward human potential in much bigger terms. There are so-called paranormal or psi abilities—are they a hidden potential in us? There is the exploration of higher consciousness, investigating the possibility of waking up from the dream of pain and suffering and ultimately taking the mind to a more evolved state. If you collect all the areas of expanded human potential, which includes creativity, insight, the renunciation of violence, Yoga, meditation, and much more—there is enough to revolutionize our conception of mind. Once this happens, then we have a foundation for redefining what it means to be human.


In an open society it’s hard to find someone who hasn’t dabbled in human potential, beginning with the most popular aspect, which is self-improvement. The desire to improve yourself is an expression of the impulse to evolve, which is unstoppable in human beings. But having painted this picture, one needs to ask if the human potential movement is bearing fruit. Is it moving fast enough? Are reactionary forces pulling society in the opposite direction?