The Touch That Heals Trauma 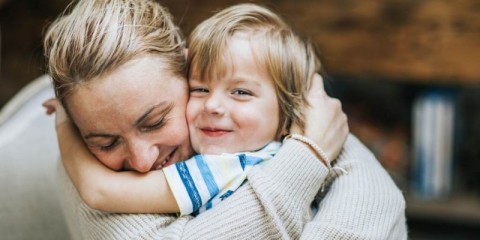 The Touch That Heals Trauma
We all have more power than we know to help each other heal.

Loving mothers know instinctively that when their children are hurting physically or emotionally, what they need is to be gently held with loving arms and soothed with loving words. Those of us who have raised young children know the magic of “kissing it and making it better.”

Years ago, Erika and I discovered the healing power of mothering, and we wrote about it in “Healing Your Aloneness.” What we discovered has now been verified over and over. In his excellent book, “In An Unspoken Voice,” author Peter Levine tells a heartwarming story. When National Guard soldiers were ordered to remove Elian Gonzales – the young boy who became a pawn in a political battle in Florida – from the hands of his Cuban exile cousins living in Miami, they trained a female federal agent to caringly take the boy from the cousins and angry onlookers. Knowing he would be extremely frightened, and not wanting to further traumatize him…

“The agent held him firmly enough to not be ripped away by the angry mob, yet gently enough for her embrace to match the words she calmly recited in Spanish,”Elian, this may seem scary right now, but it soon will be better. We’re taking you to your papa…You will not be taken back to Cuba [which was true for the time being]…You will not be put on a boat again [he had been brought to Miami on a treacherous boat ride]…You are with people who care for you and are going to take care of you.’” p.265

As she rocked him gently and spoke soothingly to him, he relaxed.

Levine goes on to describe another dramatic mothering scene that occurred during the East Timor conflict. As dazed and disoriented refugees wandered into a refugee camp, a group of Portuguese nuns greeted and gently held and rocked the children and the most shocked adults, whispering soothing words to them, thawing them out of shock with their love.