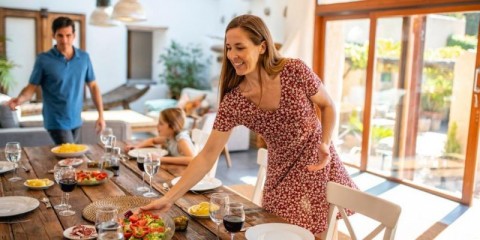 Sixteen years ago Barack and Michelle Obama’s marriage was about to crumble.

Michelle told her mother she wasn’t sure their marriage would survive.

Barack told his grandmother that Michelle’s constant nagging was driving him crazy.

They were drowning in debt from the Ivy League law school loans.

Michelle was the major breadwinner with her high profile, corporate job and two young girls to care for and she felt fat, unseen and unheard.

With Barack’s busy travel schedule, they barely had any family time. And she was tired of picking up after him.

One morning Michelle woke up at 5am. Barack was gently snoring next to her. All she could think about was getting out of bed and going to the gym….it had been months! Part of her resisted going….the girls would soon be up and would need to fed….but the other part of her thought, Barack’s a smart guy, he’ll figure out how to feed them.

Once she arrived at the gym she got on the stairmaster and quickly had a Wabi Sabi epiphany.