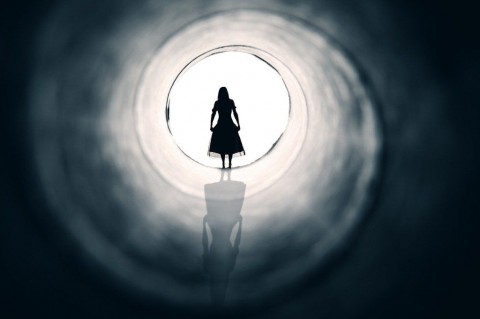 The near-death experience (NDE) has entered popular culture, starting in the 1970s, and "going into the light" is considered by the average person to be what happens after you die, assuming that anything happens. But the largest study of NDEs, which examined 2,060 patients who died under emergency or intensive care, arrive at the conclusion that death isn't a single event--it is a process. During this process, there are ways to reverse death. If you are successful at getting the heart, lungs, and brain to come back to normal functioning, about 40% of those who died and came back remember that "something happened" when they were flat line.

This part of the study, which was titled AWARE and was led by intensive-care doctor Sam Parnia, seems irrefutable. But very quickly the details of "something happened" become controversial. We have to dive into a few details to see what the issues are. Out of the 2,060 patients who died (the study went from 2008 to 2012 and included 33 researchers in 15 hospitals), 104 were resuscitated. The first point to note is that all had actually died. They were not "near death." Their hearts and lungs had stopped functioning, and within 20-30 seconds their brains showed no activity. The decomposition of cells throughout the body actually takes several hours to commence afterwards. During the interval between dying and being brought back is when 39% reported the memory of being conscious even though their brains had stopped.