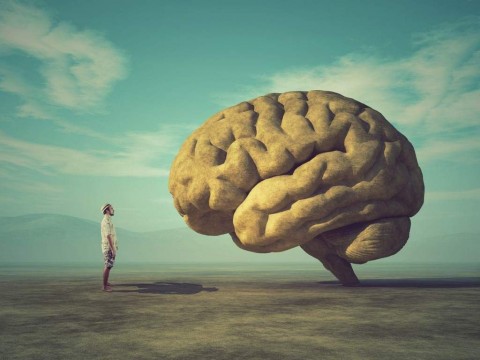 For many decades It was assumed that the human brain must be special, as superior to the brains of other mammals as our minds are. This specialness was never seriously questioned, and even basic facts, like asserting that the human brain contains 100 billion neurons, were arrived at with surprising casualness.

In an interesting 2013 TED talk, the articulate Brazilian neuroscientist Suzana Herculano-Houzel offers clarity for the first time on several of the basic issues. After devising a way to dissolve brain cell membranes so that only the nuclei remained, and isolating them to be counted, she determined that the human brain contains 86 billion neurons, the most of any primate. Even though the human brain is a small fraction of our total weight, it uses 25% of a person’s daily calorie consumption.


That may seem like an incidental fact, but Herculano-Houzel makes it the cornerstone of her argument, which declares that the human brain isn’t special. We have primate brains, she says, that are in proportion to our primate relatives like chimpanzees and gorillas. But in an odd evolutionary twist, chimps and gorillas cannot sustain the calorie load of an immense brain by eating raw food. Typically, a great ape feeds for eight hours a day to sustain its large body, and over time a choice was made to prefer a very large body with a smaller number of neurons.