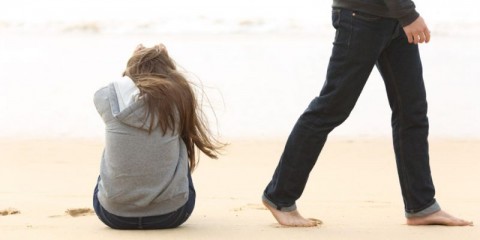 We come together in relationship with another for our evolution and growth.

The people you attract are simply mirror manifestations in that moment in time that reflect who you are.

You attracted friends into your life because at that time you were a vibrational match and you had certain lessons to teach each other.

The success of a friendship isn’t about the duration that you stay friends with someone, but the degree to which you both grow, evolve, and become more authentically your true Self.

Staying in a friendship where you are both no longer growing simply because of obligation, guilt, or because you made a commitment years ago, is not success.

What Does “You Are Enough” Mean? 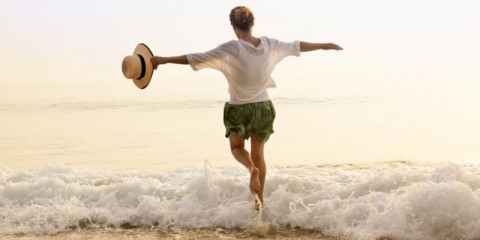 What Does “You Are Enough” Mean?

That short phrase is one of the most powerful I can think of. So powerful that I used it as the title of my new book. Yet, I wonder if you’ve ever really thought about what it means to simply…be enough.

Society places a great deal of importance on outward success – success in the form of possessions, a big bank balance, perfect relationships, glowing, radiant health, and a secure, high-paying job. Yet, even those that have outwardly achieved immense levels of success still feel as if there is something missing from their lives. They feel as if they ARE their possessions. Their profession is their identity. They depend on their bank balance for validation.

These feelings of emptiness, dissatisfaction, and sadness occur because those external things can never take the place of your authentic self. In fact, all of the external trappings of success are actually examples of what “you are enough” does NOT mean.

You are far more than your external accomplishments, my dear friends. But from the moment you were born, you have been conditioned to be a unit of production. You’ve been separated from your emotions, been told that you’re too sensitive, that you shouldn’t become angry, that you have no reason to be sad. Your humanity has been denied and you learned that your worth is based on what you can provide. “Work hard!” they said and all will be well. In following that advice, your emotions were disregarded, and you were, essentially, mechanized.

20 Success Stories That Will Inspire You to Follow Your Dream 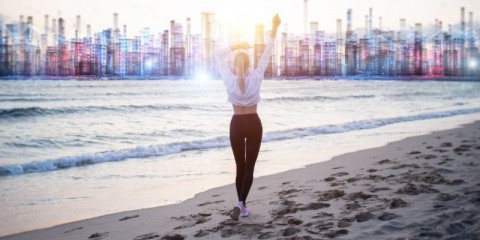 20 Success Stories That Will Inspire You to Follow Your Dream

If you are like most people, I’m sure you sometimes find yourself feeling like giving up on pursuing your dream.

But its important to remember that some of the most famous success stories started out as complete failures.

So today I’d like to share some true stories with you to consider before you give up.

My intention in sharing these is that they will inspire you not to give up at all, but to persevere in the face of the natural process of achieving any worthwhile success.

Steven Spielberg was rejected three times when he applied to the USC School of Theater, Film and Television.

He ended up going to Long Beach State. After directing and producing such blockbuster hits as Jaws, Raiders of the Lost Ark, E.T., Jurassic Park, The Color Purple, Saving Private Ryan, and Lincoln, he now sits on the Board of Directors of the USC film school, and donates a million dollars a year to the school. 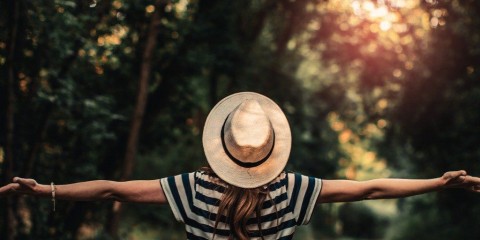 “The universe does not do do-overs, make mistakes or repeat itself, and it does not do meaningless acts. So who we are has meaning, value and is one-of-a-kind.”

Success is an elusive concept. It is easy to feel unworthy or unsuccessful when comparing yourself to the rich and famous. However, celebrity and success are not necessarily synonymous. Listen to this insightful interview with Michael Beckwith, founder and spiritual director of the Agape International Spiritual Center, and learn how unlock the beauty, creativity and success in all areas of your life.

In This Episode You Will Learn:

The Drug You Must Give Up to Manifest Your Dreams 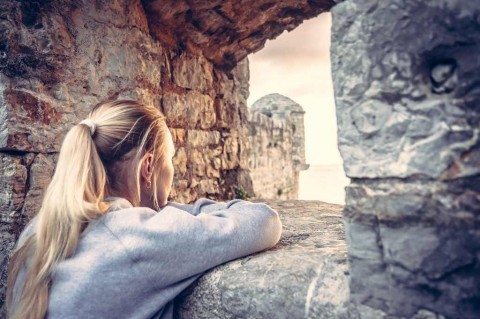 The Drug You Must Give Up to Manifest Your Dreams 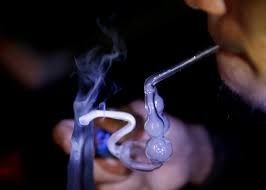 “The older I get (and hopefully wiser), I realize that some people are just happiest (or most comfortable) when they are miserable."

I know it’s an oxymoron but it’s true. As I travel the world sharing the lessons and specific strategies for achieving success, I come across so many people who prefer to be right vs. change and have what they say they want.

The drug of choice today is “Hopium” where people hope for things to get better and do nothing to help themselves and the inflammation disease that many suffer from is “Excuse-itis,” an inflammation of the excuse gland. 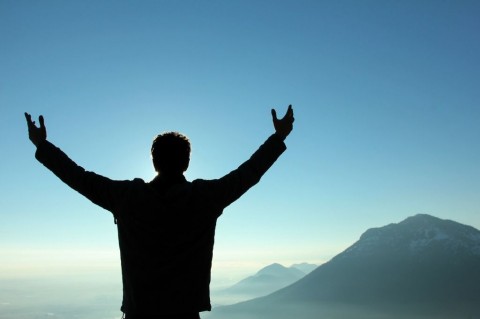 Only about half of Americans tell pollsters that they still believe the American Dream is attainable. If the dream is the same as achieving success, perhaps there's a more optimistic way to think about the whole issue.

To have worldly success, do you have to be worldly yourself? Most people assume that the answer is yes. The poet Wordsworth may complain that "the world is too much with us late and soon," but modern life seems to demand total immersion in the race to the top. If you stop looking out for number one, no one else is likely to, and in a highly competitive workplace, there's only room for winners.

In earlier posts I've pointed out that the world's wisdom traditions don't agree with this viewpoint. The path to happiness isn't through obeying the demands of the ego-personality, with its constant focus on "I, me, and mine." But one must be realistic. 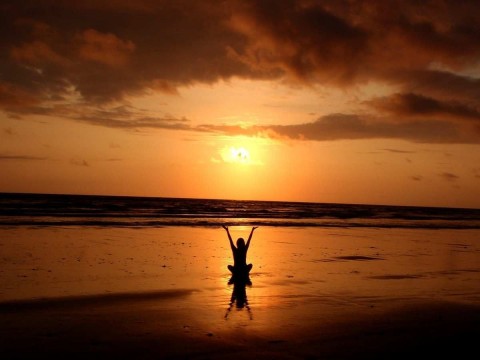 This is your awareness of your surroundings, your current thoughts and emotions, the physical sensations in your body, whether or not you’re hungry, and so on. Your unconscious mind is any information that is below the threshold of your current awareness.

Examples of your subconscious are memories, beliefs, fears and subjective maps of reality. The thing with your unconscious mind is it’s very powerful and can, without your awareness, direct the course of what you do in your life.

Because of this, you must learn to choose our thoughts effectively, because your thoughts, both conscious and unconscious, due to the Law of Attraction, are what are creating your current experience of reality—including your level of success in every area of your life—work, financial, relationships, health, and happiness.

4 Steps Toward Creating Your Most Authentic Life – Part One 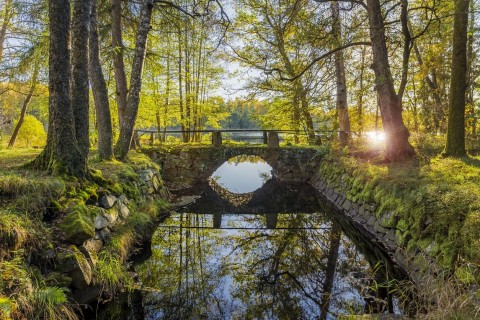 “The privilege of a lifetime is to become who you truly are.”
~Carl Jung

What do you think of when you hear the word authentic? The dictionary tells us that something authentic is of undisputed origin. It is genuine, real, and true. I must tell you that for the majority of my life, I was far from genuine. In fact, I ran in the opposite direction of my authenticity. I call these decades ‘my chameleon years’.

Back then, I was as changeable as the person or project I was standing near. The goal was not to be myself. Instead, more than anything, I wished to fit in and to be accepted. I wanted to be recognized for my contribution, to feel that I was an integral part of a clan, and a significant part of a tribe. Years later I understood that this need for acceptance at any price was a way to get my parents to look at me and say, “She’s a success.” I was willing to do anything to get that validation.

So I shaped my life from my head rather than my heart.

Living From the Head and Not the Heart

I threw myself fully and completely into any endeavor that I believed would count toward something at the end of the day. I pushed my agenda like a freight train. My philosophy in life was ‘show me a mountain and I’ll either climb it or blow it up.’ I amassed seven divergent, yet very successful careers; there was education, public relations, advertising, investment banking, television, and public speaking. I dabbled in real estate development and tackled community fundraising. I entertained like Martha Stewart. I raised kids, pets, gardens, and the American flag on every holiday that rolled around.

Yet no matter how many successes I achieved – and there were some big ones – there was no lasting fulfillment. I did feel the momentary head rush of triumph when a deal closed or at the end of a monumental charity campaign. Any time that I received recognition for my contributions brought validation and happiness. But these feelings of happiness evaporated like the dew on a hot August morning. No matter the accolades, no matter the success, there was no lasting joy, no deep satisfaction, and no inner sense of peace. The emptiness always came home to roost. And yet, throughout these years, something far greater than I could comprehend was nudging me along a path of discovering my own authenticity. A bridge was being built to call me into my best life, beckoning me from the darkness, victimhood, and scarcity into the light of possibility, passion, and courage.

This gradual change was facilitated by a handful of diverse women who exuded something so alluring, so appealing, and so genuine, that to be in their presence created a deep inner longing to grow into something more. Without recognizing it themselves, they were emitting an energy that was awakening my deepest self. 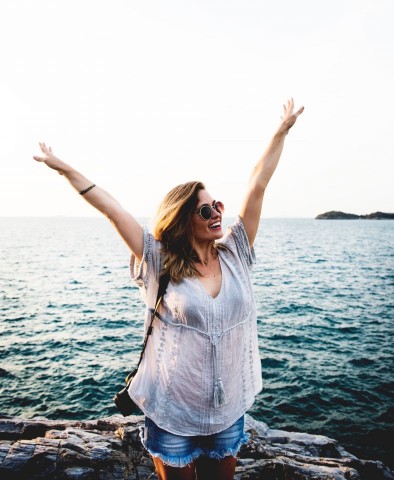