The Shocking Truth About Compassion 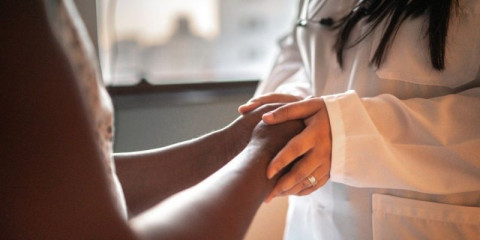 An alcoholic demanded to return home from a treatment center. His wife felt that being home where she could take care of him was a good thing even though the staff at the center strongly advised otherwise. Once she had assisted with his return, she did her best, as she had over their years together, to love him with tenderness, encourage him to stop drinking, create distractions, and generally try to make him feel good about himself, or at least better. She appealed to his reason (this didn’t work when he was drunk), and addressed the needs of the most frightened parts of his personality when they were active. For example, he would say, “No one cares for me,” and she would say, “Of course people love you.” He would say “I am washed up,” and she would say, “You have so much to give.” He would say, “I can’t start again,” and she would say, “When the going gets tough the tough get going.”

He feared experiencing the emotional pain that years of drinking no longer masked (which is what the center would have required him to do). His wife feared his rage, mood swings, irrationality, and drinking. Three months after his return home, he drowned in his vomit in bed, too incoherent or weak to prevent his death. There was no compassion in this picture. Neighbors may have thought the wife was compassionate, but what would they think if they realized that her choices assisted his death? Her fears and his fears prevented them from listening to professionals who know about alcoholism.