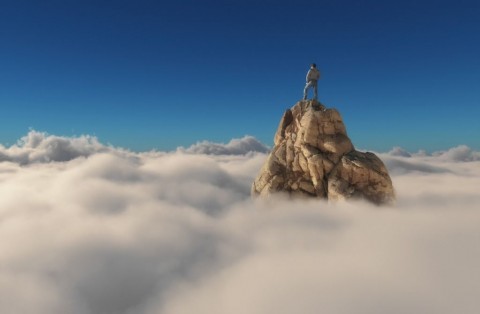 For over four hundred years, Western civilization has chosen science as its source of truths and wisdom about the mysteries of life. Allegorically, we may picture the wisdom of the universe as resembling a large mountain. We scale the mountain as we acquire knowledge. Our drive to reach the top of that mountain is fueled by the notion that with knowledge we may become “masters” of our universe. Conjure the image of the all-knowing guru seated atop the mountain.

Scientists are professional seekers, forging the path up the “mountain of knowledge.” Their search takes them into the uncharted unknowns of the universe. With each scientific discovery, humanity gains a better foothold in scaling the mountain. Ascension is paved one scientific discovery at a time. Along its path, science occasionally encounters a fork in the road. Do they take the left turn or the right? When confronted with this dilemma, the direction chosen by science is determined by the consensus of scientists interpreting the acquired facts, as they are understood at the time.