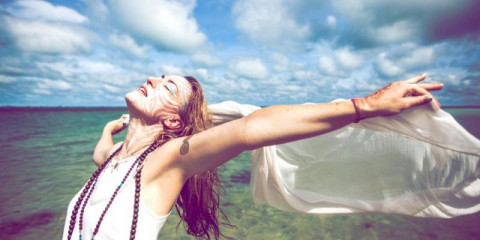 With the decline of organized religion and a decades-old drop in church attendance, people have largely made their spiritual life into something private and personal. The rise of meditation and yoga attests to this. But it is hard to fix your sight on a spiritual goal if you don’t believe in heaven from the Western perspective or enlightenment from the Eastern.

Looking around at the tone of modern life, I think an important goal is worth seizing on: the divine feminine. Being scientific, rational, and technical, secular society seems to have less time for values that Carl Jung would have included in the feminine archetype, that religions cast as goddesses or a motherly figure like the Virgin Mary, and which most of us identify with our mothers growing up.

But at a deeper level, the divine feminine represents certain values that human beings have long cherished.  Half of human nature is represented by the feminine in both sexes, as reflected in the qualities of the ancient Greek and Roman goddesses.