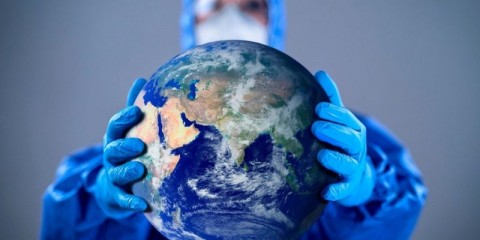 It is very rare that human beings have a chance to rethink our place in Nature. The modern world is the fruit of a worldview that has placed Homo sapiens reigning supreme over all other life forms.  This worldview seems only right and proper to the vast majority of people. In the course of just a few weeks, however, over seven billion people’s lives changed for the worse.  Economies were halted, global transportation and supply chains were shut down to a crawl, and hundreds of millions of jobs were lost. More money has been lost globally than in any other moment in history. Amid the shock and panic, the catastrophe of COVID-19 has prompted some radical rethinking. Can a new and better world emerge? Not unless our worldview changes, because in many ways the virus isn’t a mindless primitive life form ravaging us, “the most superior life form on the planet”. Nor did Nature strike back to punish us. Something deeper is going on. To see what it is, we need to consider a worldview based not on humans-as-supreme, but on life-as-supreme.