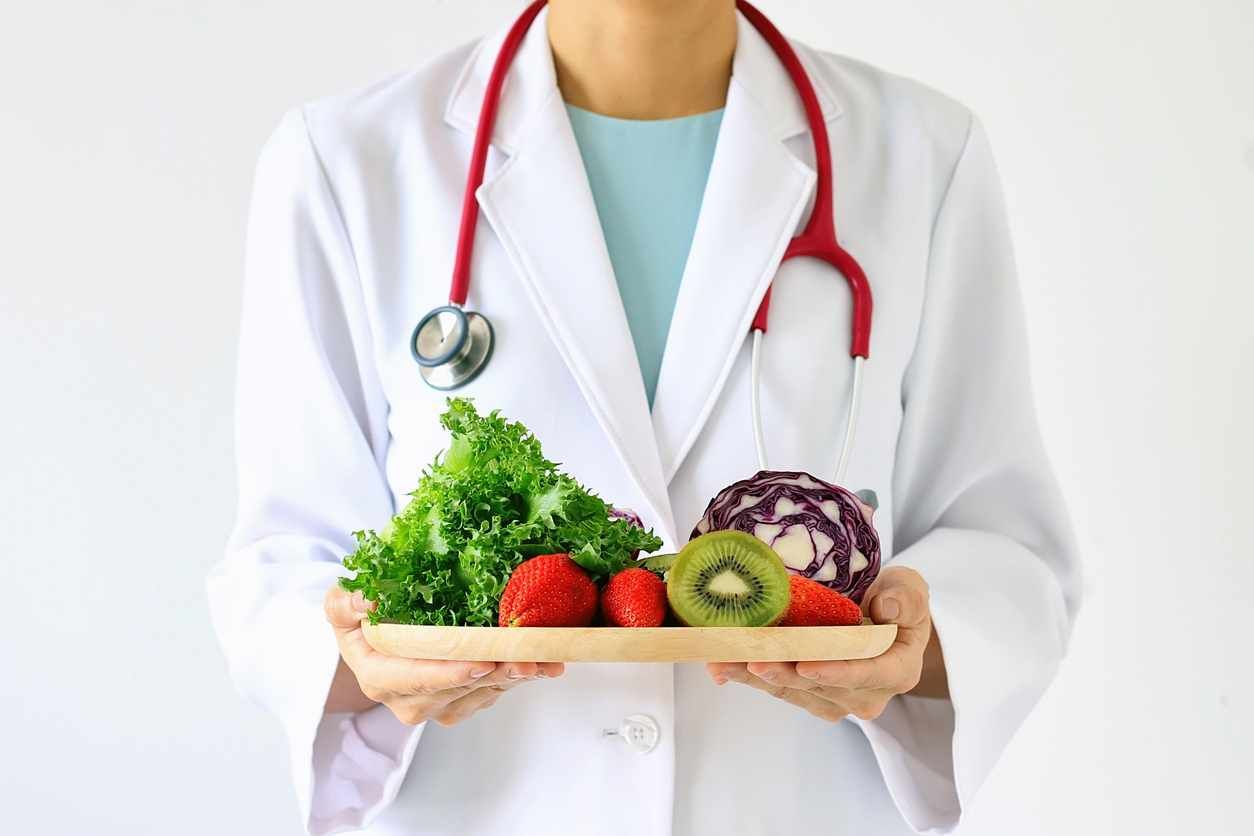 Julie Burford, my beloved Soup Sister and neighbor about whom I’ve frequently written (watch us making soup together here) is always on the frontline of cooking for people in need. She’s the Florence Nightingale of the kitchen, the one in our neighborhood who absolutely shows up with something nourishing or comforting or both when someone is sick or struggling. Her husband Stan says, “She’s the edible therapist!”

There have been a flood of people in her world who have been ill lately, including five people this week. Granted Julie’s 74 and has a bit more time on her hands now that she’s not running a non-profit, but she. Steps. Up. Every time. For her friend diagnosed with Parkinson’s...  or for friends of friends... or friends of friends of friends! “Oh, I got home early from dinner tonight,” she says breezily. “I can whip up a batch of butternut squash soup.” She has her tentacles out for who needs what when, and an extraordinary capacity to nourish. Without any compensation. I mean, don’t even think about it! She cooks for a woman who has chronic leukemia every week.

As an artist, I might find inspiration looking down at my own shoes, or the juxtaposition of leaf textures in my garden. As a person, I’ve been thinking about how much inspiration can come from one woman right down the street—or from the many women who have nourished us all through the ages.

The Wisdom of Our Elders

Over the years, to help my readers embrace getting behind the stove, I’ve turned for inspiration to elders from noted longevity hotspots, including Okinawa, Greece, and Sweden, who hold generations of accrued cooking wisdom. They all grew up learning about cooking from their elders, usually women who saw food as something that connected their families to the earth and to wellness—a perspective that probably comes more naturally to those whose gardens and farms are their primary source of sustenance.

That ability to nurture, which can be learned and shared, is incredibly empowering.

One woman I spoke with, Dorothy, told stories of her 102-year-old grandmother’s reputation as a culinary healer. Every day brought another knock on the door or word of an injury or illness that needed tending.

Her grandma would listen, nod sagely, and then make her way to the stove. Before long, wonderful smells would fill the house, and eventually something soothing—homemade applesauce, strawberry and rhubarb compote, or hot tea made from corn husks and laced with ginger and honey—would be placed in young Dorothy’s hands, in a container with a bow tied around it and instructions tucked in. Her grandmother might say, “Take this to Miss Constance across the street and tell her I’ll be right over,” and then gently turn the youngster’s shoulder toward the door with a weathered hand.

For Dorothy, eating well became especially important in times of stress—something she knew plenty about because of her job as a police chief. Long hours, lousy coffee, and poor eating came with the territory. She couldn’t do much about the first two, but she refused to put up with bad food, for herself or her staff. Every time a tough case had her detectives tied up in knots, she brought in home-cooked meals. That’s what I call a morale booster! And after she retired, she took up where her grandmother left off, making meals for the chronically ill.

Julie is the Dorothy on my block. Who are those people in your life? Or are you that person in the lives of others?

How do you become an edible healer?

You can become an edible healer at any age. I know people who were good at making soup in their teens and became the person who fed their college friends when they were under the weather. (Soup-making doubles as a great social skill, btw. Who doesn’t love a cozy bowl of soup?)

If you feel called to being a nurturer, jump right in! It’s a speciality you can adopt. The gift of nourishment especially to somebody in need is HUGE. In today’s chaotic world, that sense of connecting to community is precious. Knowing that there’s some sort of safety net, BEING that safety net, might be a role you can play. I look at some of the people that Julie helps and they’re elderly, alone, on a very thin slice of ice. Life is so fragile. We live in a world where things happen so quickly, and not everybody has a family, synagogue, mosque, or church community to cook for them.

Develop some specialties, that you can whip up at the drop of a hat or have on hand in your freezer. My number one suggestion for people in need of liquid nutrition is (no point in being modest) my world-famous Magic Mineral Broth, an elixir of healing and nourishment, the perfect thing to drop by when someone is ailing, having trouble eating, needing an immune-boost.

And since I’m (uncharacteristically) tooting my own horn, I suggest you explore one of my all-time favorite book children, The Longevity Kitchen, the one I personally turn to more than any other. People who find The Longevity Kitchen and use it, LOVE IT! I hear from them all the time. It is chock full of great health information. It’s the companion book to The Cancer-Fighting Kitchen, the graduate course after cancer treatment, when you are looking to live a long and healthy life. And the recipes are those kind of comforting, nourishing ones that just hit the spot, and become long-time favorites, the ones you cook for the people you love. I didn’t think it was possible to love artichokes more than I already did until I lived in Italy. There they harvest artichokes in both spring and fall, and that abundance graces their cuisine. Artichokes also enhance their health, as they stimulate the gallbladder to produce bile, which escorts toxins out of the body and also helps break down fats in the diet. Here, artichoke hearts are combined with chicken, chickpeas, and olives to create a rich, nourishing stew seasoned with a potpourri of heady and healthful spices, including turmeric, cumin, coriander, and mint. Deeply delicious!

The Japanese are renowned for their longevity, as in their average life expectancy as of 2011 was 82.3 years (the US came in 50th at 78.4 years). Researchers often credit their diet; and this soup was my way of cramming as much of their healthy cuisine into a bowl as possible. It’s called Bento Box soup because of the traditional Japanese take-out lunchbox, full of compartments, each of which usually contains some fish or meat, a pickled veggie, rice, and other goodies. My inspiration to turn the Bento concept into a soup was my incredible recipe tester, Catherine McConkie. We kept noodling with it (literally; we added Soba Noodles), and built it around a miso, a fermented soy that aids digestion and improves immune function. We kicked that up by infusing some green tea into the broth for an extra immune booster, then in went the shitakes, spinach, kombu, scallions, and tamari. It’s love—and perhaps life—in a bowl. These potato pancakes, unlike the typical holiday fare, are a light delight! Sweet potato, zucchini, onion, egg and spices cooked with just a little olive oil make them especially nourishing, and they reheat beautifully. Shred the basil just before adding it to retain its bright green color. Here’s a convenient way to shred it: Stack the basil leaves, roll them into a cigar shape, and snip it with scissors or cut thin slices with a sharp chef’s knife.

Sometimes “healing” means “brownies.” How do I know? Because there was a lot of “yumming” in my kitchen as a gaggle of brownie aficionados devoured these healthy brownies. Refined white sugar out; Grade B maple syrup in. See ya white flour; hello almond flour and brown rice flour. Fare-thee-well butter; come-on-down olive oil! Add dark chocolate, walnuts, and cinnamon, and the result is a decadent culinary oxymoron for the ages. And the perfect pick-me-up for a friend in need. 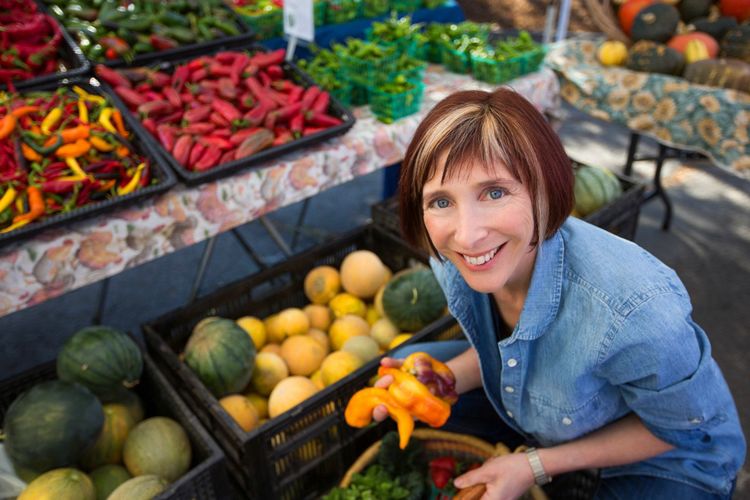 10 Powerful Purple Vegetables You Should Be Eating — and Why