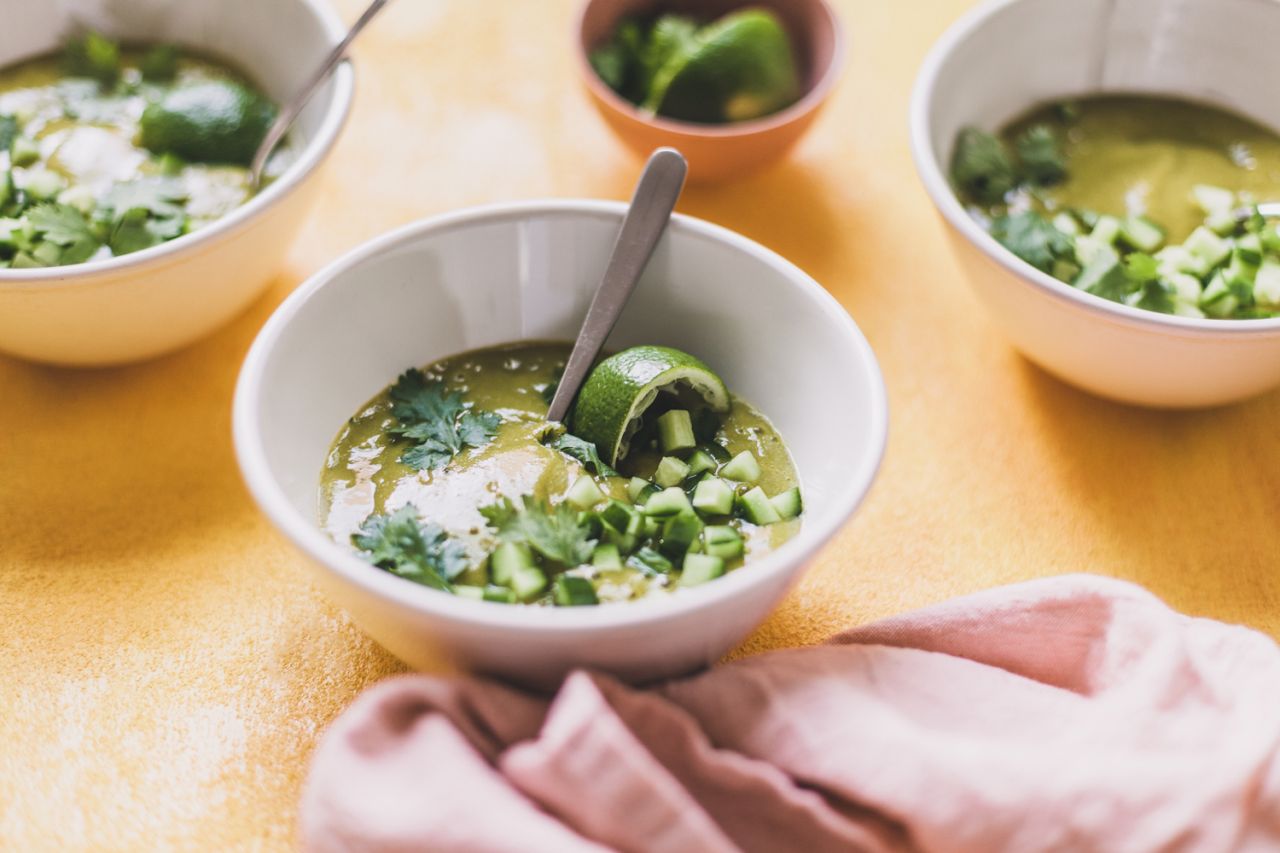 Simple Mango Gazpacho
I’ve been on a raw food kick lately. I find that it’s what my body craves in the summer heat, and it always helps me feel lighter and more alive if I’m feeling down, dull, or generally far from my higher self :) I’ve been eating a ton of salads, zoodles, juicy melon mono-meals, and pureed soups.


So, gazpacho has been a weekly staple for us. I like to vary the recipe every time I make it so as to not get bored, and also because there are so many possibilities to explore in the gazpacho realm. Check out our Red Lentil, Spicy Strawberry, Watermelon, and Pineapple Cucumber gazpacho recipes.


This mango version is so refreshing with its lovely balance of sweet, savory, and spicy notes. It couldn’t be easier to make, too – just throw everything in the blender, chill, and enjoy. 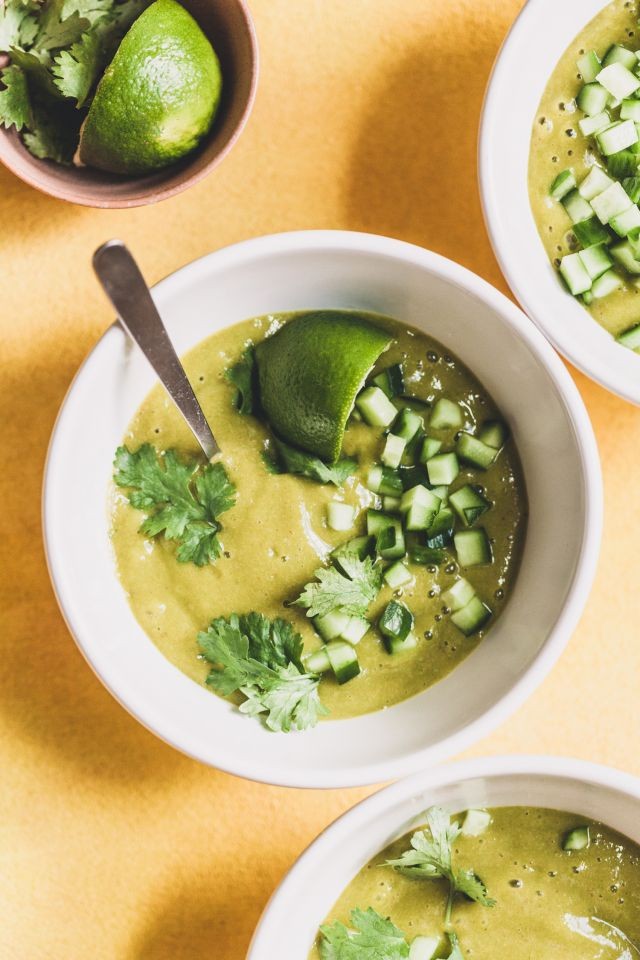 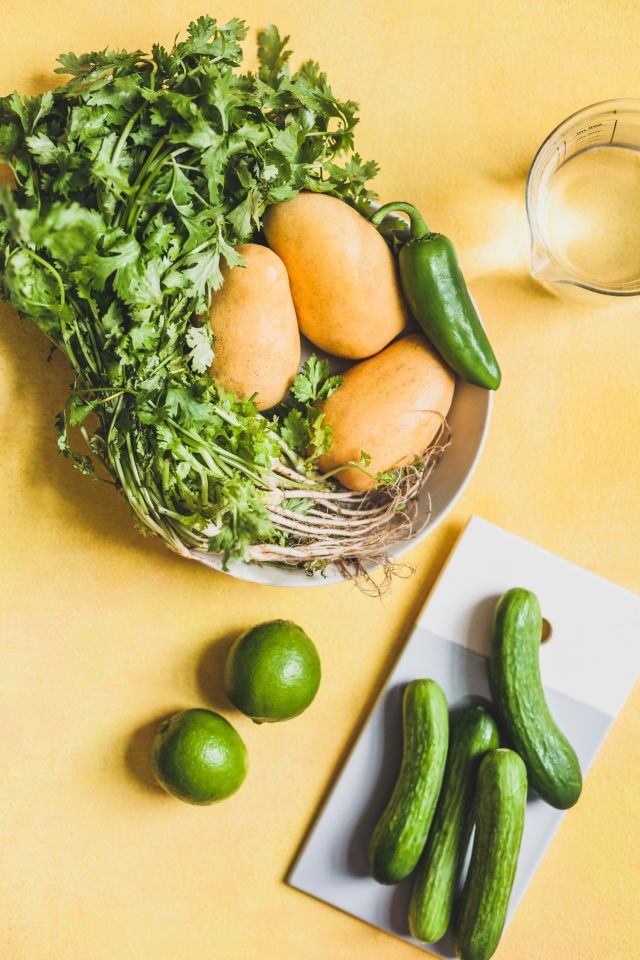 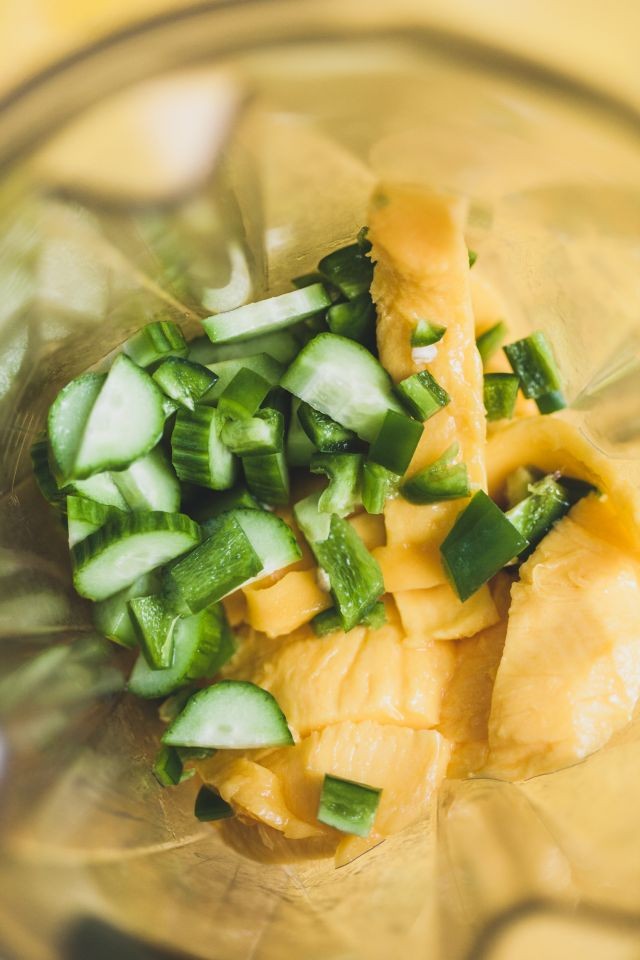