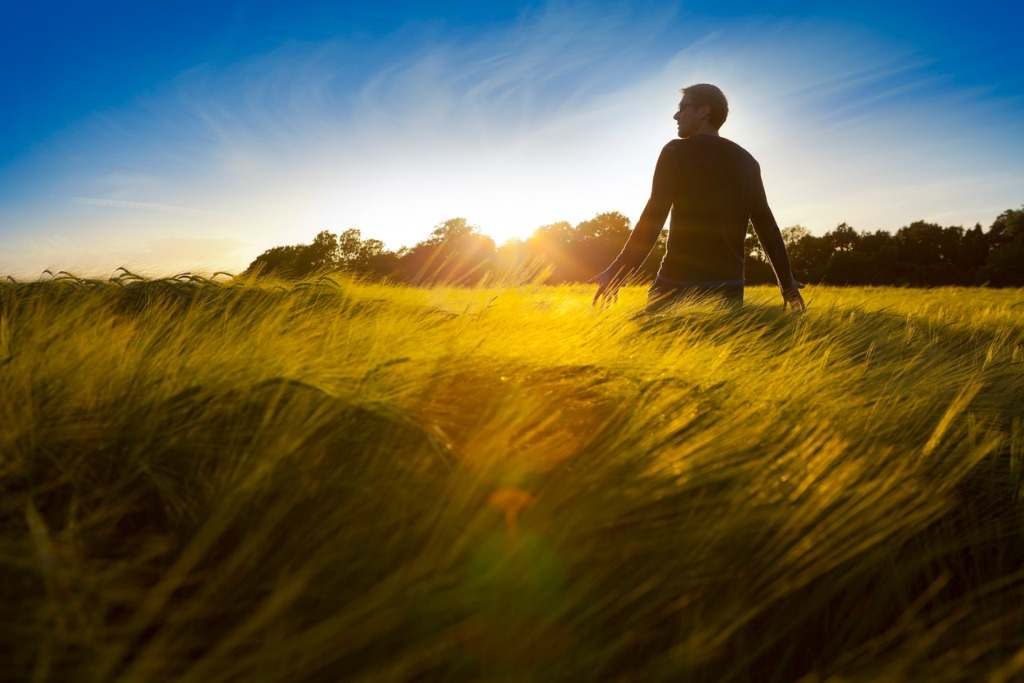 If you decide you want brown eggs instead of white, you are using your capacity for discerning colors, and the human eye can discriminate something like two million different colors. But far more significant is color itself. It is one of the qualities—sometimes called qualia—that we base our experiences on. Having no math or science background, you can still make your way perfectly well through the world by dint of sight, sound, taste, touch, and smell. The human capacity for experience through qualia is infinite.

But once you see that the world can be understood starting with counting, which leads to all the quantities in existence, from the number of stars in the universe to all the money in the world, you have a choice to use one model of reality (math, science, reason, logic) or the other (qualia, experience, sensation). Now a great secret enters the picture, because choosing between quantity and quality doesn’t happen on the level of either. You switch perspectives by going beyond quality and quantity. If someone asks you how many eggs you want and what color they should be, you automatically know which worldview the question comes form.

But this “going beyond” runs much deeper. If you “want” eggs but you “don’t want” apples, you have entered the world of desire, which has infinite expressions. If you refuse to accept apples when you asked for eggs, you’ve switched to will power. From will power grows work, diligence, endurance, resistance, and so on. So that gives you two more entirely distinct ways of switching from one perspective to the other. And in all cases, you choose to switch automatically, without even noticing that you are shuffling infinite possibilities around.

Let’s go even deeper. If you say of an intellectual that he is an egghead or compare a fat person’s shape to an apple, you have opened up two more infinities: symbol and language. Recognizing that things are egg-shaped uses the egg as a symbol for a lopsided ovoid. When you speak, you use a specialized set of symbols that includes alphabets, grammar, dictionaries, literature, and all the other aspects of language.

Thus, the wonder of human capacity doesn’t lie in a single infinity but as many as you like, for there is no reason for such creative possibilities to stop. In fact, “creativity” is another kind of infinity, leading to others: the infinite number of novels, poems, music and paintings that await to be created. I’m not expanding these categories to make your mind reel or to sound academic. I want instead to propose that there must be a source for these infinite possibilities. We cannot say that math is the source of how chocolate tastes, because counting a person’s taste buds, olfactory nerves, and sense of touch—all of which enter into the taste of chocolate—never crosses the line into the actual experience of how chocolate tastes.

The only thing that can determine whether you will choose at any given moment to refer to quality, quantity, reason, emotion, creativity, desire, or will power---a choice you make hundreds of times a day—is consciousness. Your capacity is infinite because you can play with consciousness without end. In fact, there is no such thing as the unconscious, because when you do something like shut out an annoying person, you make a conscious choice to be unconscious.

There are underlying processes that go on all the time, such as the regulation of breathing, digestion, and the immune system, that were once thought to be mechanical and therefore unconscious. Now we realize two things: first, the body has its own deeply complex intelligence, and with enough training, a person can consciously control a process like breathing or heart rate to an extraordinary degree.

I hope you get a sense of wonder at the power of consciousness, which is the very foundation of experience and existence. To be is to be conscious. Yet there is a final step. Consciousness cannot be counted, nor can it be described with language or symbols. You can be aware of a qualia like how hot the temperature is or how big your living room is, but the content of awareness isn’t the same as awareness itself. For example, there’s a rare medical condition where the person is deprived of all sensory experience. Unable to see, hear, touch, taste, or smell, the person is still aware. Similarly, it is possible to be aware during deep sleep, an attainment associated with enlightenment but which we can label just another example of extended self-awareness.

Since consciousness cannot be defined or described, it has no limits, no beginning or end, no birth or death, no X or Y, no matter what X and Y stand for. Consciousness is simply One and All, for which the ancient Indians coined the Sanskrit word Brahman. Here’s the kicker: Because you are conscious, you too are the One and All. You are not one person among seven billion—that’s just a matter of counting. It doesn’t get at the real you, your essence. The real you is pure, infinite, indescribable, eternal, limitless consciousness.

Putting things this way isn’t an exaggeration; it is the conclusion you must arrive at once you ask for a dozen organic brown eggs and stop a moment to examine what you are actually doing. All roads, so far as being human goes, lead back to our source. Instead of pure consciousness, you could just a rightfully call it the infinity of infinities—and it is you.

Stillness of the Heart and Soul