Death is Not the End of Life 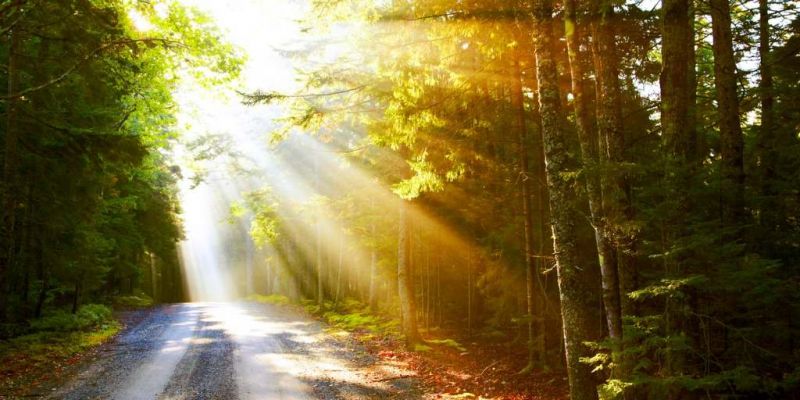 We live in a stream of a living light that never stops pouring down upon us, even as it ceaselessly wells up from within us. The first part of this opening comment is obvious: sunlight streams down moment to moment upon our earth, vitalizing and nourishing all that it touches. And while this order of light allows us to see all the marvelous forms and colors that our physical eyes behold, there is another kind of light that is of a higher order.

In much the same way as sunlight reveals the world around us, this interior light illuminates the worlds within us and more. It is through the revelations that it alone makes possible—as it discloses whatever may be concealed within us—that we find and are nourished by an ever-expansive understanding of who and what we really are. We begin to realize our possibilities in life are as endless as this light that reveals them. Slowly it dawns upon us that standing in this light is the same as realizing the promise of an always new and self-liberating revelation.

For example, when we look out a window, our physical eyes may behold a field of green with a solitary tree that winter claimed three seasons past, now lying prone on the ground. Many small creatures have already moved into its hollows, claiming this place as their own. With a little grace, we may be touched by the beauty of this place and be bathed in the light of its meaning. But something far more beautiful than this simple pastoral scene is playing itself out before our eyes; there a deeper, higher meaning hidden in this moment, trying to teach us something about the truth of ourselves, about our immortal Self, if we will be present to its revelation.

Yet, for us, it seems as if our life comes to an untimely end over and over again. We all know that dreaded feeling of oh no … my life is over! Truth be told, this kind of experience is so old and worn out that it is what should have died long ago!

We’ve all died a thousand deaths and yet we’re still here, hoping for life but fearing what we believe to be its partner: the appearance of some unwanted moment attended to by an inevitable sense of loss. This is the great illusion.

Real life serves the living without end. And, without end, it must constantly change itself to do this. But what do we serve when our heart and mind are as barren as a winter’s tree, and all we know to do in those moments is turn on ourselves with a vengeance for not being what we imagine we should be?

For that matter, what do we serve when any relationship that defines us seems to betray us, leaving us alone with a suffering that, to be endured, must be blamed on another?

No change in life marks the end of the immortal Self that, once again transformed, assumes a new form.