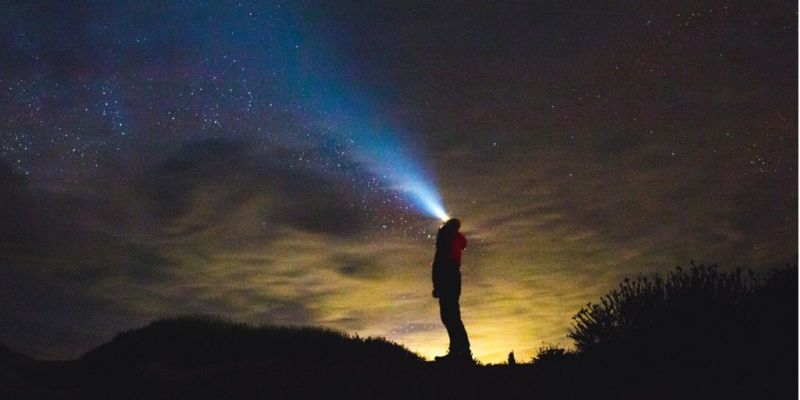 What came before time?

No matter how life began on Earth—there are still some huge gaps in our knowledge about that—it seems indisputable that the universe set up the conditions for life. But a radical twist has now been offered by the prominent stem-cell biologist Robert Lanza and theoretical physicist Matej Pavšič in their deliberately startling new book, The Grand Biocentric Design. As Lanza bluntly declares in the book’s introduction, “Life is not a product of the universe but the other way around.” Lanza calls this theory “biocentrism,” which he introduced in his 2010 book of the same name.

On the face of it, saying that life created the universe is preposterous as long as the Big Bang and all the accepted steps leading to the creation of Earth are true. Yet what if they are just the assumptions of a current scientific model or paradigm? By definition a paradigm shift calls into question the rock-solid assumptions on which the previous paradigm rests.

Biocentrism aims to topple any version of reality based on physicalism, the doctrine in science that roots reality in physical objects from quarks to galaxies and on to multiple universes.  Physicalism created the modern world of science and technology. But having reached the horizon where time, space, matter, and energy come into existence, physicalism reached a dead end. This was (and still is) the last thing anyone expected. In place of a crowning, all-embracing Theory of Everything, investigators found themselves faced with logic-defying questions.

What came before time? What lies outside space? How did matter acquire a mind, or is it the other way around?

These questions are self-contradictory. Logically there cannot be anything before time, because “before” is a time-bound concept. There cannot be anything outside space, because “outside” is a space-bound concept.  To break out of self-contradiction, you have to abandon spacetime causality which science is extremely loath to do. Asking a scientist to abandon physical causality is like asking the Pope to be an atheist.

Biocentrism challenges the bedrock dogmas of physical science, and it does so by putting mind ahead of matter. The prime mover in creation is consciousness, the invisible creator behind the mask of the physical universe. This notion isn’t novel to Lanza and Pavšič, but their new book details the argument in unsurpassed detail.

The pivotal chapter in The Grand Biocentric Design is “How Consciousness Works,” and the pivotal sentence in the chapter is this: “Consciousness encompasses all of reality—the two are essentially synonyms.” Although the authors make much of the dead end that physicalism has reached, and about how mainstream science stubbornly resists any challenge to its deepest long-held assumptions, all of us are involved in the declaration that reality is consciousness.

Like the serpent devouring its tail, we are back to a saying from Vedic India that is thousands of years old: “As you are, so is the world.” Lanza and Pavšič go into intricate detail to support this conclusion, which the ancient seers arrived at solely through introspection. But the two paths join on a level playing field, over which flies a banner proclaiming “Only consciousness can explain consciousness.” The irreducible fact of the universe, in other words, isn’t a thing, no matter how small and exotic the thing is (e.g., quarks, Higgs boson, superstrings). The irreducible fact, in human reality at least, is that we exist as conscious beings.

Nothing can get around this fact (which was stated in a 1931 interview by Max Planck, the renowned German physicist who first named the quantum). What biocentrism involves, once the door to the new paradigm is flung open, is process. Physicalism was a whiz at unlocking the processes by which the laws of nature operate. However, when faced with explaining how lumps of matter, namely, the quadrillions of organic molecules in the human brain, manage to think, physical explanations become a mere waving of hands.

The needle of a thermostat on the wall traces the rise and fall of the temperature in a room, but thermostats don’t create temperature. Brain imaging can detect in fine detail how brain activity parallels mental activity. Certain parts of the brain will light up when you get very angry, while other parts will light up when you meditate, have sex, feel depressed, and so on. But brain cells don’t create thought. At bottom a brain cell is activated by the exchange of sodium and potassium ions across the cell membrane. It isn’t possible to start there and draw a reasonable line of explanation to thoughts, feelings, sensations—indeed the entire world “in here” that is the domain of consciousness.

By turning to the processes by which consciousness operates, The Grand Biocentric Design provides a wealth of evidence in support of the notion that everything in existence is consciousness modifying itself.  The book’s two-pronged approach, calling upon both biology and physics, is one of its strengths and also one of its most unique points. If these two branches of science can’t be unified in a single theory, biocentrism won’t satisfy either biologists or physicists.

The book’s lofty aims and deep explorations could have been too daunting for non-scientists, but The Grand Biocentric Design is accessible and engaging, in short, a very good read. Nearly a century ago the eminent English physicist-astronomer Sir James Jeans declared that “the Universe begins to look more like a great thought than like a great machine.” To this day it remains a daring venture to follow up the implications of that statement.  No one has gone further, or more convincingly, than Lanza and Pavšič do here. If it ever becomes accepted wisdom that “the universe as mind” is true, The Grand Biocentric Design will be looked upon as a significant milestone along the way.

When the mathematical philosopher Bertrand Russell declared, probably apocryphally, that only three people in the world (including Russell, naturally) understood Einstein’s mind-bending theory, few doubted it.

Relativity explained how objects larger than atoms and subatomic particles behave, while quantum mechanics explained how the very smallest things behaved, taking the scope of physics from smaller than the smallest to larger than the largest, to borrow an ancient Sanskrit phrase. By the 1970s a common assumption arose that physics was on the verge of a Theory of Everything that would reduce the mechanics of space, time, matter, and energy to a unified set of equations.

That the Theory of Everything never arrived, that the confidence of fifty years ago would unravel into a crisis that has shaken physics to its roots, is the starting point of The Grand Biocentric Design.