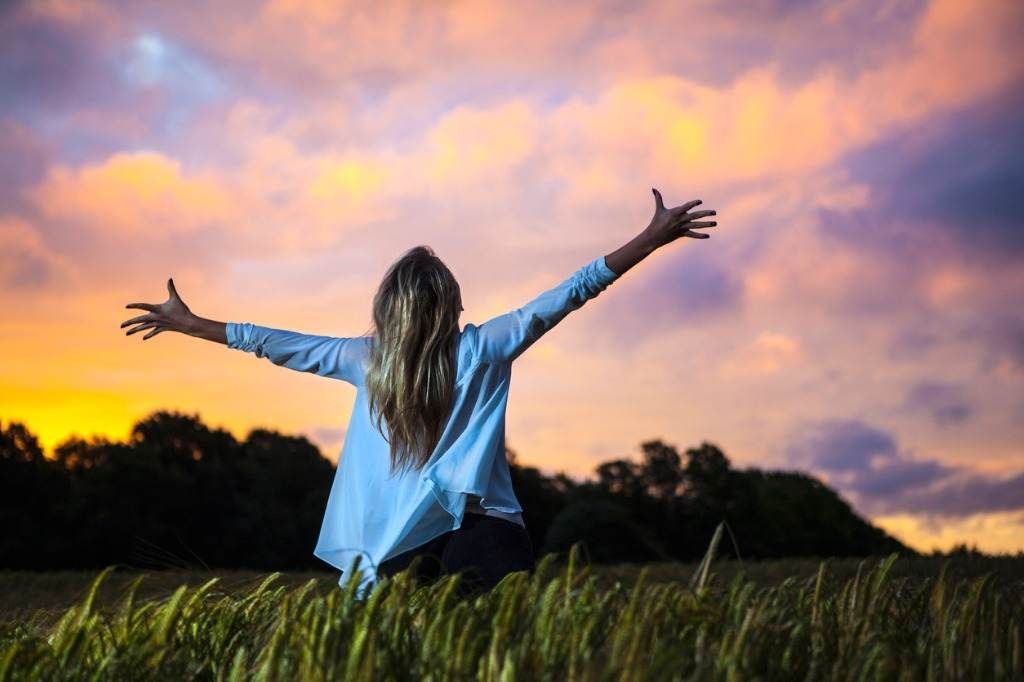 I argue in a new book titled Metahuman: Unleashing Your Infinite Potential that the true foundation of human potential is infinite. At first that seems like a drastic overreach. Everyone experiences personal limitations that stop far, far short of the infinite. But let me make the case by first turning the whole premise of self-improvement on its head.

The typical way that human potential is approached starts with the limited individual and seeks to lessen these limitations. There’s a school of thought that believes in achieving a 10% increase in happiness, which is seen as a major step. The notion is that happiness is so difficult to understand that any improvement would have to be small. In an area like IQ, the goal is even smaller, because intelligence is accepted among experts to be fixed, budging very little from childhood. A third example is creativity, which would seem to allow for enormous improvement, but finding out what makes creative people creative has proved to be a frustrating and baffling business.

The problem in all these areas, I believe, isn’t human limitation but the wrong starting point. You can’t get to infinite potential by starting with finite potential. All of us start from infinity in certain areas, although we might not realize it. Your mind is capable of infinite thoughts, for example. You won’t actually have an infinite number of thoughts in a lifetime—the actual number is unknown but one assumes it is very large –yet the potential for infinite thought is the reservoir you draw on. You are free to think anything you want.

The same holds true for language. A reasonably large vocabulary of 10,000 to 20,000 words is sufficient to create more sentences than the number of atoms in the universe. The infinite capacity of language parallels the capacity of thought, since thoughts are in words. Another kind of infinity exists with creativity. The potential number of paintings, photographs, and pieces of music that can possibly exist is unlimited.

Since we are already comfortable with the infinite in so many areas, why do we adopt a self-image that is severely limited? The two culprits are ego and the stories the ego builds around itself. What people don’t realize is that their egos have agendas. This agenda consists of seeking pleasure and avoiding pain, following a constant stream of desires that want fulfillment, finding safety and security, and defending itself from threat.

To turn this agenda into reality is a skill we were all taught as children. A child is full of doubt and curiosity; everything in life demands to be tested. In the process of having desires, feeling insecure, wanting predictability, and pleasing our parents, we wobble towards maturity on a path that is different for everyone and yet the same. The ego accumulates experiences that must further its agenda in order to be acceptable. Too much pain, difficulty, vulnerability, embarrassment, defeat, and rejection by others constitute a major threat to the ego agenda.

Since life is unpredictable, it can bring any of those undesirable experience at any time. To defend against this possibility, the ego builds up a story about what a person’s life is all about, and in this story things are not unpredictable—far from it. Most people think, say, and do what they said, thought, and did yesterday. In this way we feel a measure of security, but it comes at the cost of losing our infinite potential. Nothing limits the unlimited reservoir of thoughts, words, and creativity except our self-imposed boundaries.

If the ego’s agenda actually worked, life might be fulfilling enough. However, there is no escaping the fact that the future is unknown, filled with awful possibilities the ego cannot defend against.

Deep down we all know this, but instead of dropping the ego agenda, we become more insecure and stick to it more rigidly. People cling desperately to money, possessions, status, power, and old habits with a fierceness that is in direct proportion to their deep insecurity. Nothing is ever enough to defend you against whatever life might bring. The human potential movement faces an uphill battle because of the inner struggle few of us ever resolves. We want to expand, improve, and better ourselves while at the same time we want to desperately cling to our story, which is founded on anxiety and insecurity.

In Metahuman I argue that beginning from infinite potential is the only way to escape the grip of one’s ego agenda. This doesn’t entail exceptional courage in the face of the unknown. It only involves going beyond your current level of awareness. Einstein observed, as have many others, that problems are not solved at the level of the problem. The ego and its agenda are a constant problem, so the solution is to go beyond the level of struggle where the ego rules.

“Meta” is the Greek word for beyond, and it points toward metahuman, a state of awareness that is fully conscious. The process of becoming metahuman is like waking up. You begin to investigate your personal story and to free yourself from it. The essential thing is to realize that you have edited, censored, reduced, and distorted reality. What you call real is a mind-made dream, spell, or illusion.

Life cannot be whole unless you are whole, a word most people find more comfortable than infinite. But they amount to the same thing. At the source of human awareness there is pure consciousness, the state of awareness that exists simply because it exists. Pure consciousness isn’t flat or empty, however. It is the source of the things we most value out of life: love, compassion, intelligence, creativity, and personal evolution. The closer you live from the source, the greater your share of these valuable things.

This possibility cannot come true until you test it personally. Instead of following an ego agenda, you must shift into a waking-up agenda. This reversal sounds drastic, but in reality it comes naturally once you start. Anything the mind has made the mind can unmake. The potential for metahuman is embedded in the human. We only have to notice and take advantage of the openings that life brings every day. Infinity has always been the right starting point for being truly human, and it beckons us again, as it has forever.

Republished from SF Gate with permission