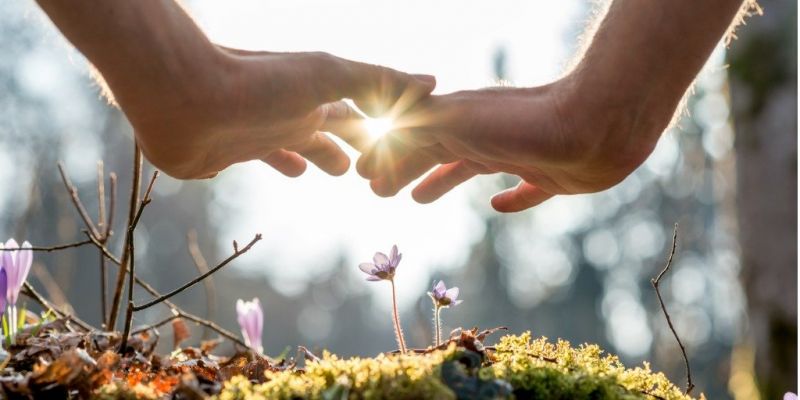 When faced with traditional healing systems outside the Western tradition, science looks askance. That was true when traditional Chinese medicine, including acupuncture, and Ayurveda from India began to be known a generation ago. Popular acceptance doesn’t budge these prejudices, but if there’s a crossover with accepted Western concepts, the chances improve.

This is currently happening with energy healing, because it has a crossover with a proven phenomenon, the human body’s faint electrical field, known as the biofield.  This field is composed of the emission of electricity and biophotons, which are the light naturally emitted by all living things, and yet no one has scientifically established the use of the biofield. Into this gap steps energy healing, which looks to the body’s subtle energy field as something both crucial and vital for balanced health and wellbeing. At its most basic, the notion behind energy healing is that the biofield of a sick person is out of balance, and balance can be restored by directly treating the biofield.

Energy healing has ancient roots. Today it is most commonly recognized through modalities such as Healing Hands (from Native American traditions) and Therapeutic Touch. Their aim is something like removing the static from a radio signal; the practitioner is removing dissonance and restoring resonance in the biofield.  Needless to say, energy healing and the biofield remain highly controversial when considering Western ideas of the body and the practice of medicine.

But before decrying another outbreak of pseudoscience, there is serious, well-controlled research to consider. Despite not yet having scientific instruments to measure how the biofield might respond to a particular energy healing practice, studies have proceeded to examine their potential use under real-world conditions, such as in a clinic setting, and typically going head-to head with a standard therapy.

One of the first methodologically sound placebo-controlled trials of an energy healing modality examined the effects of an energy chelation therapy (as taught by Rev. Rosalyn L. Bruyere) on chronic fatigue in breast cancer survivors. In the journal Cancer, the official journal of the American Cancer Society, findings showed that study participants who received energy healing over a four-week period had statistically significant and clinically relevant reductions in their chronic fatigue.  (The study also found that the placebo control, which was called “mock healing”, also led to a reduction in fatigue, although not as significantly as the real energy healing technique.)

Interestingly, there was an independent effect of belief, i.e., the type of treatment the study participants believed themselves to be having had an independent effect on their quality of life. A waiting list of breast cancer survivors showed no changes in their fatigue. In addition, the healing-energy group showed a significant restoration in their daily levels of the hormone cortisol, which is typically flattened in chronically fatigued breast-cancer survivors.

To date and despite mainstream skepticism, there have been numerous scientific studies of healing energy using accepted scientific methods. They have demonstrated significant beneficial effects, the majority of which focusing on anxiety, depressed mood, and pain.  More broadly, other disciplines are seeking to understand the biofield from the perspective of the physical sciences, and how the biofield relates to consciousness (given that the brain is the most prominent area of electrical activity in the body).

Circling back to the quest to develop scientific instruments to reliably measure the biofield, Tiffany J. Barsotti and Paul J. Mills recently reviewed dozens of such devices, pointing out their merits and shortcomings and providing guidance on next steps in the field. One device, the Bio-Well, uses Gas Discharge Visualization (GDV) to assess the body’s energy system as related to physical, emotional, and mental conditions. The Bio-Well device captures photon emissions using the Su Jok hand meridian system from Korean medicine and maps these emissions to the organ systems of the body.

Disclosures. Tiffany J. Barsotti is an educator and distributor of the Bio-Well device.

The Bio-Well captures the biofield as energy and information penetrating throughout the body. Knowing that the biofield is both inside and outside our bodies, what is needed next are devices that can reliably visualize and map it for therapeutic purposes. When the day comes that scientific instruments can successfully map and quantify the totality of the human biofield, it could be a game changer for medical science and more broadly for Western scientific thought. We are already on the threshold of redefining what we mean by the body and how it miraculously functions.