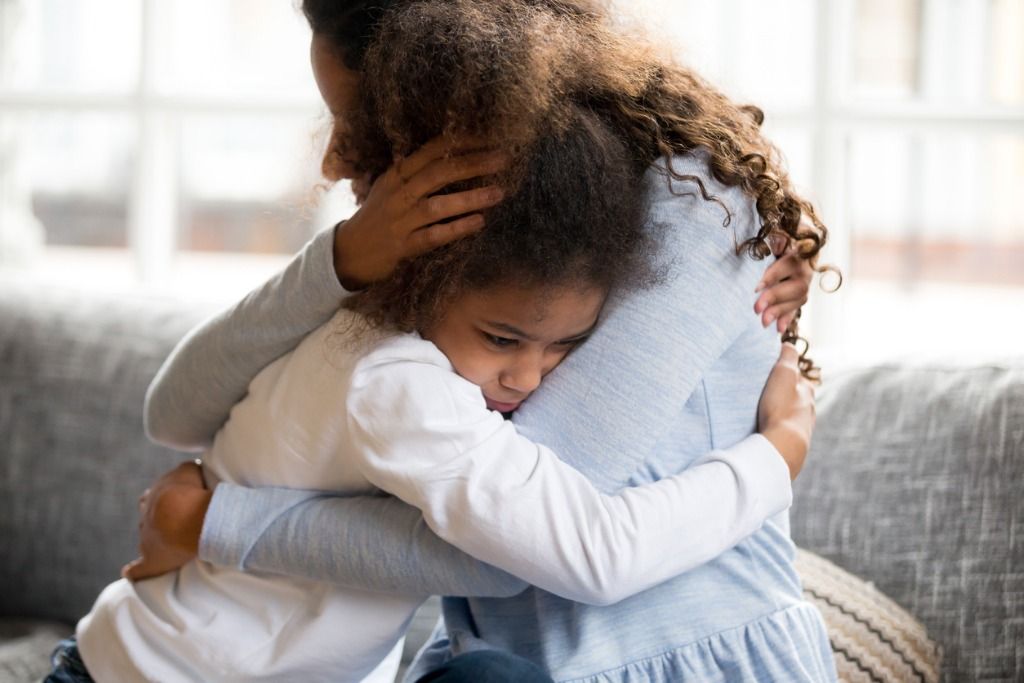 In spiritual life, the basic distinction or separation is the soul from God. That separation is reflected in psychological and physical mediums when the soul incarnates. At the outset of incarnation, the separate soul, when first entering into these planes, does not experience, either psychologically or physically any differentiation from the environment around it. Specifically, the environment of the Mother.

When the soul seeks liberation during its lifetime, part of the process is extricating itself from the attachment to identification as a separate physical entity, which means merging back into matter on the physical and psychological plane so that only the soul is once again separate.

Thus, there is a circle that exists in life. One end involves the separation from the Mother and the other is the merging back into the Mother.

These all concern the denser forms of matter into which the soul has immersed itself, in order to work out certain types of attachments or karma. Because these early experiences of separateness are emotional and physiological and instinctive rather than complex, conceptual and symbolic. They are very difficult to unlearn. They are the roots of personality and separateness and because of their emotional power, they defy intellectual unlearning. On an emotional level they must be unlearned.

In most cases, the Mother is the “other” in the initial psychological diad and so that “other” is incorporated into oneself. In order to define oneself as opposite from “other.” The result is that in a very rudimentary sense again, we carry with us our Mother. We carry the more complex overlay of the Mother’s values, attitudes, judgements and her own spiritual awareness cling to that “other,” which exists within us as a support, judge, and suppressor.

Furthermore, because of the trauma involved, both in the weaning process from the breast and in separation from the womb at the time of birth, as well as the psychological separations through developmental stages, the flow of love from a being into the Universe and from the Universe back into the being, is deeply mediated by the psychological scars left from these experiences.

Most mothers use love as a device to socialize their child. This becomes the seed for the development of righteousness and morality. It leaves an individual with a deep connection between righteousness and love.

Thus, when one later comes to face spiritual work, which involves a free flow of love in the Universe, one confronts in the deepest levels of one’s psyche. Also, the issues of good and evil, original sin, and the nature and conditionality of love.

That initial “other” which is the physical Mother, can be seen as the first instance of “other” in the sense of the entire Universe that is other to the phenomenal self. Ultimately all of “other,” physical and psychological, becomes an extension of that initial relationship with one’s physical mother.

It’s important to recognize that the more complex psychological identities, such as sexual identity, social reference groups, feelings of size, adequacy and so forth are linked not only to the Mother but to the Father as well. In fact, they’re linked to all the major caretaking agents in the early years of development.

For what is laid down first in the incarnation is the last to go in the spiritual journey, for it is the deepest.