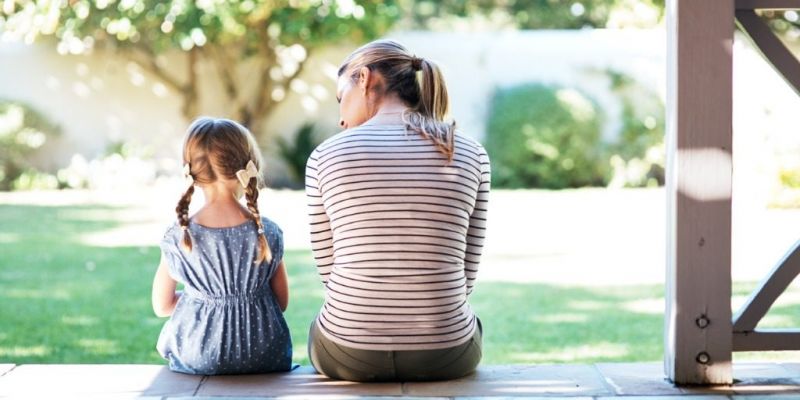 This week I noticed a theme that I picked up on during conversations with various people I thought I’d bring to you. I noticed there was a recurring discussion about speaking the truth, using your voice in a powerful way, and dealing with the consequences of what happens when you don’t speak out of fear.

This was always a tough one for me because being open and honest about my truth was dangerous. At least that’s what I learned from my mother.  For her entire life, she feared the worst and never allowed herself to be intimate with anyone lest that put her in danger. She survived the Holocaust in Nazi Germany by being hidden in a Christian family who later adopted her.  So there was an underlying message I learned early on about the possibility of grave consequences for being transparent.

Maybe that’s why I feel so passionate about transparency and speaking the truth.  It’s an honorable way to be with people, but mostly with myself.

Many times I’ve been riveted in fear: when speaking in front of people, or setting boundaries with someone who didn’t respect mine, or making amends and taking real ownership of my part in something that caused a rift in a friendship. Sometimes I’m so afraid to disappoint someone I feel sick to my stomach but I’ve learned the anxiety is something I inherited and not something that’s mine.

What about you? What have you inherited that makes it hard or easy to tell your truth? How have you overcome this? Have you said what you needed to say even if your hands were shaking?

Sure it’s scary, but the pay off is amazing.

You get freedom.  The freedom you feel when you own your truth, engage in self-evaluation, give voice to what inspires you and honor what you stand for regardless if people dislike you for it.

The velocity that leads you forward rapidly manifesting from a place of truth and honesty comes as if out of nowhere to sweep you up and forward on your destiny road.

Voicing what’s going on, telling your story, and letting yourself be heard is so freeing.

I invite you to spend some time thinking of one moment you can remember in which you said what you meant and not what you thought you were supposed to say. Bring that memory to mind. Savor it.

Having your voice heard is essential to your well-being. Speaking your truth even if your voice trembles and you trip over your tongue and you are the most inarticulate nerd on the planet…there is something so magical and freeing about speaking to what is.

So this week think about this. Your voice is key and veracity is the only thing that’s important.  Should you remember those two things, know this: truth-telling calls in miracles that happen with such velocity you will truly believe in magic.

Love to my community, I am listening for your voices.

More posts from author
Monday, 15 August 2022 How To Trust The Universe & Release What You What No Longer Serves You!
Monday, 01 August 2022 7 Tools For Getting Into Flow!
Tuesday, 19 July 2022 Messages From Spirit: how I Discovered Mediumship!