Five Fantasies That Keep Us Apart 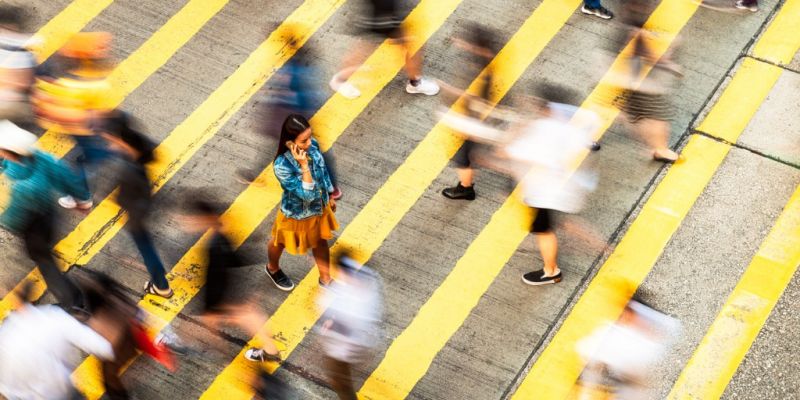 When a society is deeply divided, a paradox is in force. On the one hand, people cry out for unity, while on the other hand, they keep on doing the very things that incite division. We are seeing this paradox grow stronger year by year in politics, but at bottom what we’re facing is a broken relationship. Society is a huge bundle of relationships, nothing more.

To stop being trapped in a paradox, you need a little practical psychology. The first step when a relationship falters, if you consider the situation psychologically, is to stop doing more of what didn’t work in the first place. The same holds true in a divided society.

As long as both sides engage in futile behavior, ending the divide between them isn’t going to happen. At a certain point a futile tactic turns into a fantasy. Here I’d define fantasy as a belief that runs contrary to reality. If you confront the realities of a situation but continue to ignore them, you are indulging in a fantasy.

Here are five fantasies that surround us right now. I’ll couch them in terms of a broken relationship.

When two opposing sides stop listening to each other, the relationship has reached an impasse. Communication has shut down. In its place, rigid rituals are acted out. These rituals consist of repeating the same argument over and over, shouting to try and be heard, and freezing the other side out with rude contempt or silence.

Fantasy No. 2: “Everything will be okay if you change. I certainly don’t need to change.”

This is the classic disguise for blame. When you demand that the other person change, you are judging against them without really coming out and saying so. What fuels this fantasy is the delusion that others change if you blame them enough. The other part of the fantasy is a self-righteous confidence that you don’t need to change because the other person has no right to blame you.

This fantasy is a holdover from childhood. Young children pout and cry when they are unhappy, and as long as they are unhappy, they don’t relate. They are too sunk in their own feelings. When carried over into adulthood, however, the same attitude becomes narcissistic. No one outside your marriage or intimate partnership is here to make you happy. To cut off ties because you are waiting to be made happy leads nowhere if your aim is to bring people together.

This is the emotional equivalent of a zero-sum game. The Super Bowl is a zero-sum game because only one side can win. But human affairs are tidal. One day you are down, the next day you are up. The belief that you can be up forever and never down again is pure fantasy.

If two people, two factions or two nations find themselves stuck at an angry impasse, these five fantasies are almost always in play. Perhaps not all of them at once, and perhaps not everyone is honest about how they feel, yet this makes no difference. Each fantasy is based on two underlying tendencies. The first tendency is holding judgments; the second tendency is us-versus-them thinking. Each fantasy expresses these two tendencies in a slightly different way. But you can be sure that they are present.

Calls for unity, comity, and healing don’t lead to actual healing until both sides stop engaging in more of what never worked in the first place. By looking closely at how we indulge in fantasy, we can get much closer to turning good intentions into reality.