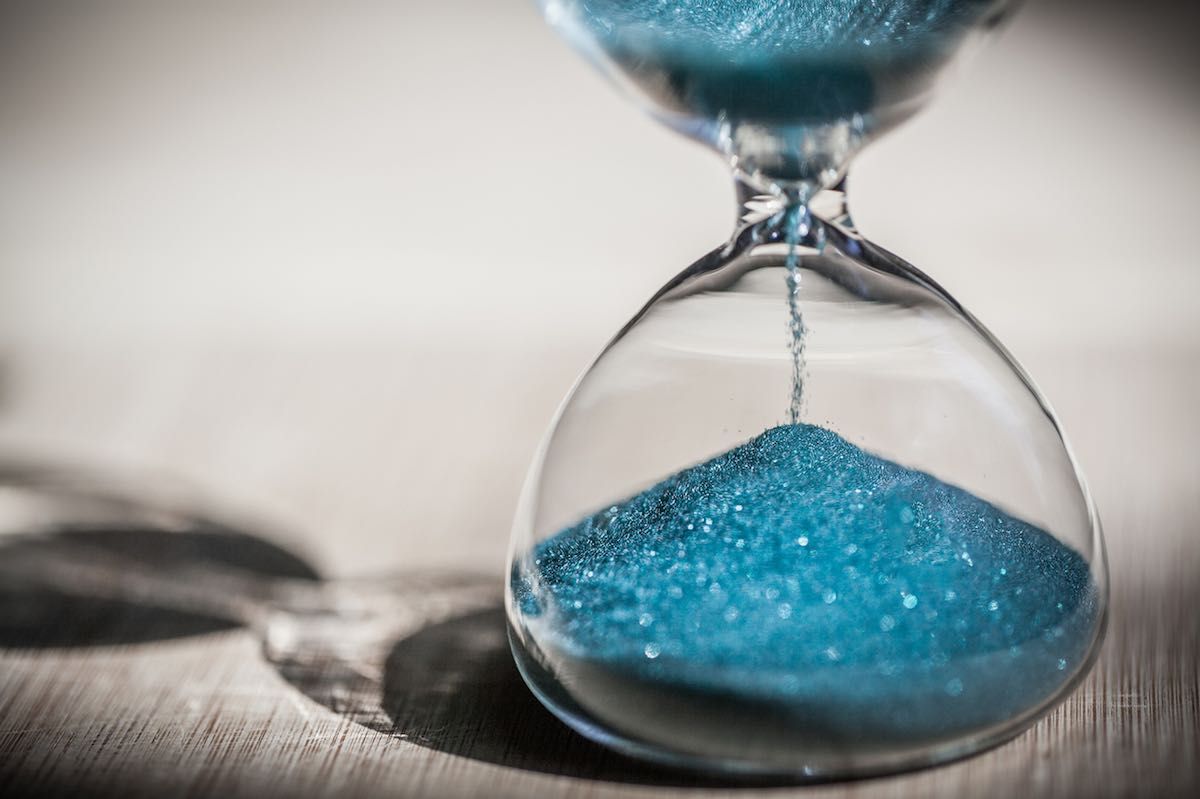 Happy New Year! I have been thinking a lot about this first newsletter of 2018. In a perfect world, I might be using this post to share with you some profound, uplifting, spiritual experience that I had ringing in the New Year and setting the tone for the upcoming year, but the fact is I cannot. I rang in the New Year experiencing emotions that ranged from horrified, shocked, and speechless to feeling victimized.

I was at what I thought was going to be a sweet get-together which quickly got hijacked by the bad behavior of a 40-year old woman who, in a nutshell, was committed to proving that she was right and everyone around her was wrong because they were not adhering to her demands and doing and acting as she wanted them to. Although I've only known this woman for a relatively short time, from what I have seen, this woman's bad behavior had nothing to do with New Year's Eve. It has been on display since the day I met her and from what I have heard from people closest to her, it has always been ever-present in her life – igniting toxicity, trauma, and trouble where ever she goes and with whomever she is with.

Yet, just as troubling as this woman's consistent bad behavior has been the reaction of everyone around her. Not wanting to have to "take on her stuff," they let her stuff dictate and infect every move, moment, and mood. That was until New Year's. Seeing the horror, hurt and humiliation reflected in the eyes of people like myself and others who were bystanders as we watched the events of the evening unfold, the people closest to this woman could no longer ignore the proverbial elephant in the living room. It was painfully obvious that the air and joy was being sucked out of the room and that their tendency to choose "harmony" over truth had landed them in hell and empowered bad behavior as well as a negative, venomous presence in the space.

Interestingly, if I have seen any theme so far in 2018, it has been very much in keeping with the one I just described. I have already received numerous calls and messages from people who can no longer tolerate accepting or enduring the bad or inappropriate behavior of others to rule the roost, be it their children, spouses, co-workers, employers, or friends. They've had it with living in denial, turning a blind eye, trying to make it better, or being blinded by their own wishful thinking. The cost of living in an environment of constant judgment, righteousness, and pessimism has not only brought them down, but also been downright depleting.

Yet what I also found fascinating is that just as I watched the people I was with on New Year's Eve declare "No more!" to the unacceptable behavior in their space, I woke up on New Year's Day to learn about the Time's Up movement. This is a movement started by women in the entertainment industry committed to supporting women everywhere in acknowledging that "the clock is running out on sexual assault, harassment and inequality in the workplace." Beyond everything I read on their website, I love their meme on social media that read "TIME'S UP on silence. TIME'S UP on waiting. TIME'S UP on tolerating discrimination, harassment, and abuse."

Watching the Golden Globe Awards on Sunday night, I could feel the relevance and magnitude of this conversation and the energy and tone the Golden Globes set in truly presencing this conversation as a defining moment of change and a celebration of what’s to come. It was an extraordinary moment watching so many women and men declare #TimesUp on being silent, tolerating discrimination, and sexual assault and harassment in the workplace. It was also an extraordinary moment watching people in support of one another and standing in what is in the highest for all. I love that there were no “worst-dressed lists” and instead a focus on truth, respect, integrity, and the possibilities for a better tomorrow.

I realize that the Time's Up movement has a certain focus and intention and I honor that 110%. And it's inspired me to think even bigger. I look at the experience I had on New Year's Eve as well as the other stories I have been hearing this past week and believe that the "Time's Up" way of thinking applies to pretty much everything. For me, time's up on tolerating unacceptable behavior or being violated by any man or woman! Time's up on spewing judgment and negativity. Time's up on misusing power to control. And on the other hand, time's up on remaining silent, perpetuating denial, and avoiding conflict at the cost of creating chaos. The fact is choosing truth over harmony, although might be 'inconvenient" at first, will ultimately create more and sustainable harmony, so...Time's Up on empowering bad behavior!

When I pointed this out to one of the people I was with on New Year's Eve, they asked, "How do I start?" I referred them to the first step of the seven-step process that I write about in The Integrity Advantage and told them, "You start by 'Getting Naked.'" In the book, I write:

Whether we are talking about situations in our own world like a friend, family member, or co-worker acting inappropriately or the topics that are being brought to the forefront of a global conversation like sexual assault, harassment, and inequality in the workplace, "it is time to operate in reality rather than to live in the trance of denial.

So, in the world and in our own lives, I encourage you to step into living by the bar of "Time's Up!" Time's Up for settling, stepping over your truth, accepting the unacceptable, avoiding the elephant in the room, empowering bad behavior, and denying your wants and desires. We all are deserving of setting boundaries, putting ourselves on the top of our to-do list, and living a great life.

And if you, like me, feel ready and committed to bust through any BS as well as anything that no longer serves you or the world, then I invite you to join The Integrity Movement and participate in The 21-Day Integrity Challenge that we're starting on Wednesday January 10th.

Much like a detox for your life, The 21-Day Integrity Challenge is a day-by-day, step-by-step guide that will aid you getting radically honest with yourself and those around you and cleaning up the ways you have been out of integrity so you will feel empowered, worthy and ready to own that you are whole and complete and to live in alignment with your deepest truths and grandest desires.

When you make yourself matter so will those around you. Start by being the change you want to see in the world, cleaning up and clearing out any integrity issues or emotional baggage that may be weighing you down, and watch the impact it has on your life and the world around you.

(1) Join The Integrity Movement by signing up for the The 21-Day Integrity Challenge.

(2) Look around your life and really dwell in the question "Am I empowering the bad behavior of others?"

(3) If you see that you are, ask yourself these questions:

(4) Step into living by the bar of "Time's Up." What will you no longer tolerate, or stay silent about? Find out more about the Time's Up movement by visiting their website. 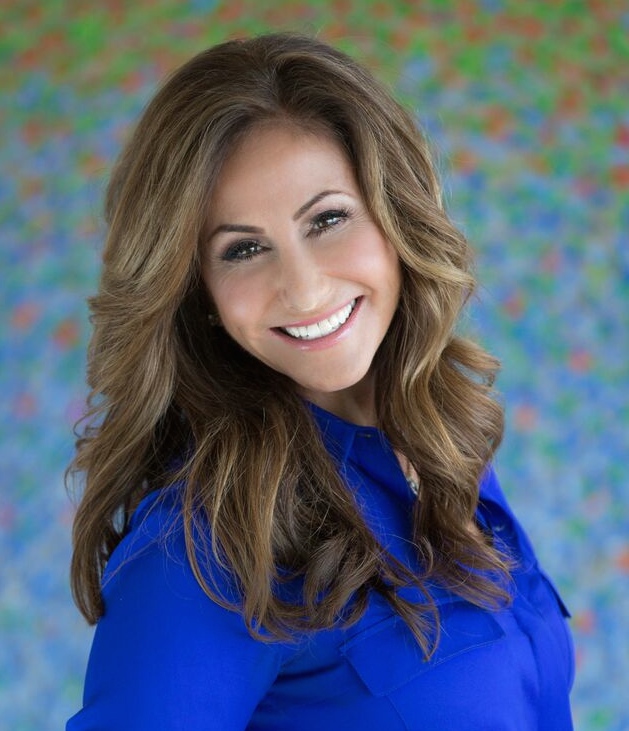