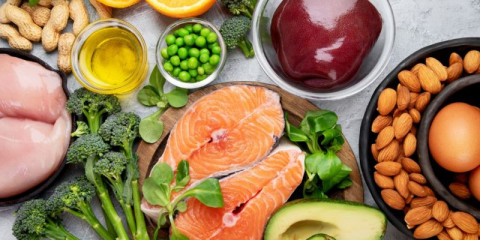 One of the most beloved characters in the Star Wars universe is the droid R2-D2 (affectionately called R2 or Artoo by friends). Star Wars creator George Lucas came up with the name while shooting his first feature film, American Graffiti. He was dozing while working on the Star Wars script when he was awakened by the sound editor loudly calling for R-2-D-2, an abbreviation for “Reel 2, Dialog 2.” Lucas thought it was a “great name,” and went back to the script with R2-D2 fresh in his head. And the rest, they say, is movie history — Artoo and droid companion C-3PO are the only characters to appear in every single Star Wars film so far.

CoQ10 also sounds like it could be the name of a Star Wars droid. But, in fact, it’s a critical nutrient for your health. While it doesn’t quite roll off the tongue like R2-D2 or C-3PO, CoQ10 does serve many crucial functions in its universe — in this case, your body — with many more likely to be discovered by future research. ​Many health influencers swear by CoQ10 to combat fatigue, and test-tube science suggests that it can play a role in preventing cancer, heart disease, and Alzheimer’s.