What B Vitamins Do You Need — And What Are The Best Vegan Sources of B Vitamins? 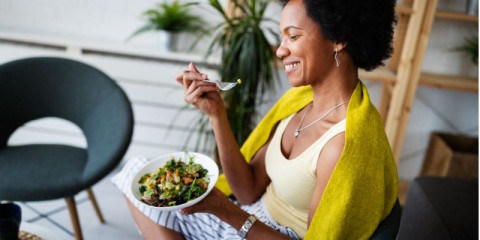 In simpler times, a chemist discovered a substance vital to human health that the body could not produce and called it a “vitamine,” a portmanteau of “vital” and “amine” (due to a mistaken belief that this substance was an amino acid). Things got slightly more complicated when another such substance was found, but the scientists handled it with aplomb: they proclaimed the first “vitamin A” and the second — do you see where this is going? — “vitamin B.” Then came C, and D, followed by E, and then K, as several compounds in a row (F, G, H, I, and J, presumably), didn’t pass vitamin muster.

But then things started getting messy. When researchers began to realize that vitamin B was actually an entire family of substances, similar in form and function, but unique in the roles they play in human health. Instead of adding more letters (there weren’t that many left, and who knew where this proliferation of Bs was going to end), the namers turned to numbers: B1, B2, B3, B5, and so on.

A few things here. First, there’s no B-4, which you could charitably chalk up to not wanting to be responsible for the following hypothetical conversation:

Child: “Did I take my what before?”

Second, while there are eight B vitamins, there are no B batteries, which feels suspicious to me.