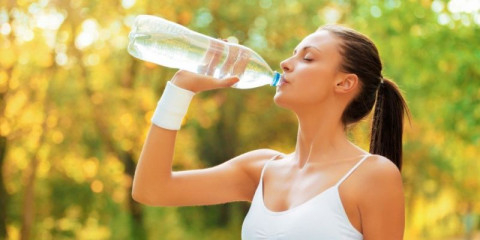 Summer is a great time of year to get outside and exercise, but the high temperatures and blistering sun can impede your progress and lead to health issues if you don’t come prepared. Here are five tips to make your workouts safe and maximize your progress this summer.

10 Healthy Choices to Make This Summer 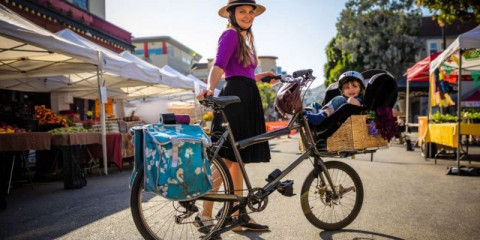 Improving your life doesn’t need to mean making radical changes. There’s no need to train for a marathon or embark on a strict paleo-vegan diet. Little, everyday choices can have a hefty long-term impact.

What kinds of little resolutions can you make to improve your well-being this season? Here are 10 healthy choices to make this summer.

Unique Ways to Rejuvenate Your Mind and Body This Summer 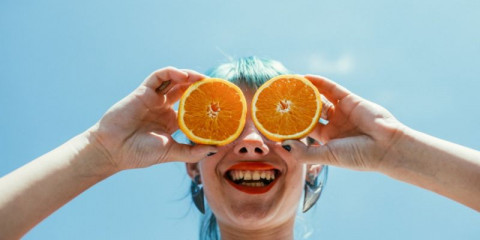 With summer comes sunshine, warmth, and a new sense of zest for life. This season is the perfect time to reflect on how you feel and invest in your health. Although many people talk about getting physically fit for summer, exercising your mind is even more important. 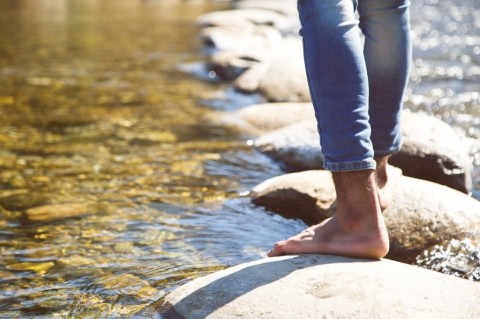 As a child one of my favorite summer pass times was swimming in the river. A couple of us would walk on the old county road to the slow moving water.  There were a few swimming holes that were walking distance; between two and four miles away.  If we were lucky one of our parents would pick us up, so we did not have the long trek home.   Sometimes I took off my shoes and walked on the white reflective strip on the pavement.  It was cooler then the dark asphalt.

I loved swimming under water.  It was enchanting and dream like.  The rest of the world couldn’t touch me. I could move thru the clear water and touch the sandy bottom.

During winter the school bus used the same road that followed the river. I could see our swimming spots thru the windows.  Storms turned the river dark and muddy as it flowed over the banks.  Trees would be moved, as the tranquility of the slow moving water was replaced by much stronger and forceful currents.

One winter a tree fell into the river above our favorite swim hole. Water was able to move thru the branches and under the tree, but the passage of anything that could not go with the new flow was blocked.

Early the following summer, a group of river kayakers stopped at the tree. They could have easily carried their boats around the fallen tree, but chose to remove the tree from the water. They attempted to do this by breaking branches and dislodging everything that had gotten tangled in the tree.  The river current carried all of the newly freed material through our swimming hole.  We got out of the water, as sticks and leaves drifted by.  The tree remained, as the actions dislodged some gray water snakes.  We watched the snakes as they were carried by the current.  This memory still is with me today.  At the time I wondered why the people were being so destructive; I still do. 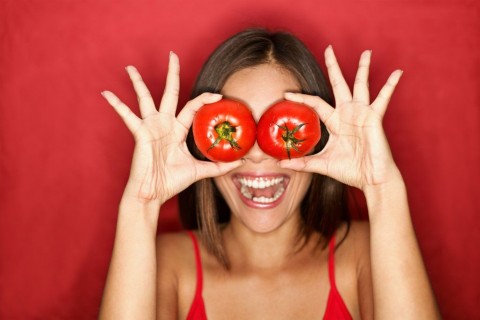 Come and get 'em! The last of this seasons heirloom tomatoes, in the full array of glowing oranges, reds, and golds. But—what to do with them? If you haven't yet tried slow-roasting tomatoes, you MUST! This caramelizes and intensifies the flavor. Be prepared to have your socks knocked off. :)

On my countertop right now I have a collection of tomatoes. It looks like they’re having babies! We’re at the pinnacle of tomato season, when they’re the juiciest, the most flavorful, the most irresistible. I can’t THINK of anything I don’t want to incorporate them into!

Besides slicing the most perfect tomato, drizzling on a little olive oil, sprinkling on some sea salt and just eating it, my other favorite thing to do with tomatoes is to roast them. When you roast tomatoes, they give up their amazing sugars and become so sweet! I’m very fond of roasting the yellow heirlooms, which are lower in acid, meaning they’re sweeter and easier to digest. I peel the bubbly skin right off and throw them into the blender with a handful of basil. People say, “Are you kidding me? That’s ALL you did?” It’s like drinking summer. Or add roasted tomatoes to any soup to turn it into something special. It’s like magic! 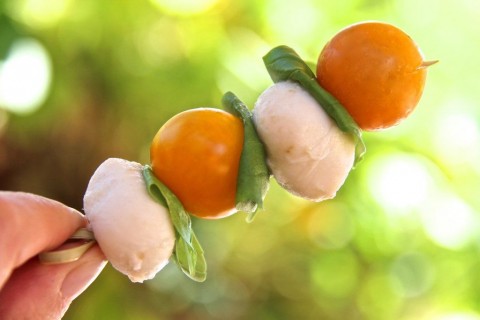 Do you ever feel jealous of posts on Facebook about summer adventures? When you’re working long hours or stuck at home with a summer cold, even little things like a photo of a homemade smoothie or a mention of a walk with a dog can elicit envy. Do you want to experience the carefree feeling of the summer of your youth, to swing for hours under a grand, old oak tree, dig your toes into the sand at the beach, and wipe the sweat from your brow as you slice, dice, pickle, and preserve the bounty of a summer harvest?

One summer a few years ago when I was down with the flu and had to succumb to a bowlful of cough drops and endless hours of Netflix, I looked out the window and heard the kids next door running through the sprinkler and smelled another neighbor’s charcoal grill. I longed to join them. 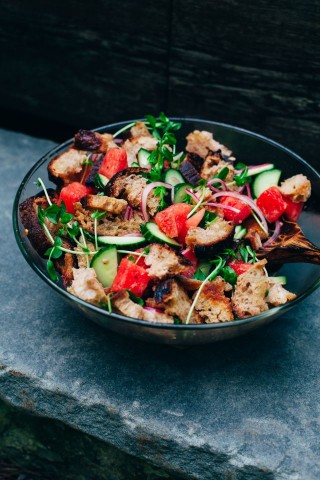 Hey friends, this is Masha checking in with my (now annual) Woodstock, NY trip photos and a really good watermelon panzanella recipe that we cooked while there. My boyfriend and I went to Woodstock for the first time last summer and were completely enamored by its lush nature, chill swimming spots, and friendly small town vibe. We couldn’t wait to repeat the experience this year, and ended up staying at the same cottage in the woods for a weekend, which is perfect as far as we’re concerned. For our Saturday night dinner, we repeated the routine of shopping at Kingston Farmer’s Market in the morning and cooking dinner with all the bounty we found there at night. We made grilled pizzas and watermelon panzanella, and enjoyed the sweetest local blueberries together with Fruition chocolate for dessert.