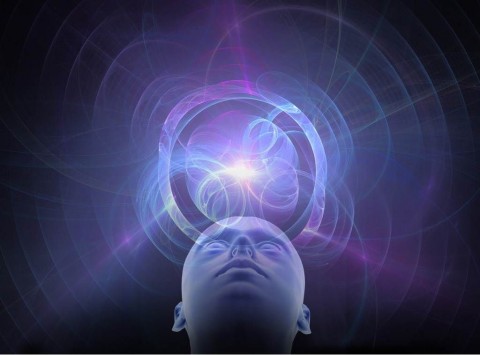 The field of genetics is so complex that the story is simplified for popular consumption. The simplified story is that DNA contains the “code of life,” a master blueprint that jumps into action the instant an egg is fertilized in the mother’s womb. From that point on, a human being develops from a single cell to 37 trillion cells as the blueprint unfolds. The traditional view is that we are then the sole products of our genes. Yet, increasingly, evidence shows that “nurture” plays a much bigger role over “nature” than even professional geneticists have ever envisaged. When it comes to genetics, “nurture” exerts its effects on “nature” via epigenetics, as we laid out in our book Super Genes.

As powerful as the “code of life” story is, behind the scenes a growing number of geneticists don’t buy into it; in fact, they think we’ve gotten a lot about genes, wrong. At the same time, a new, improved picture of human development, based on the interplay of genes and lifestyle, is emerging. This revolution is outlined beautifully in an online article at Nautilus.com titled “It’s the End of Genes as We Know It.” The author, Ken Richardson, is an expert in human development, and he is worried that wildly exaggerated assumptions about the deterministic effects of DNA could lead to social policy that echoes the racism that fueled the eugenic movement decades ago, most notoriously with the Nazi ideology of a master race. As a case in point, Nobel Laureate, James Watson, who co-discovered the structure of DNA in 1953, was recently stripped of all his honors at Cold Spring Harbor, Laboratories, where he spent much of scientific career, after he continually expressed his bigoted opinion that black people and women are less intelligent than others based on their genetics.

Richardson’s article cuts much deeper, into everyone’s everyday aspirations, in fact. The problem with the traditional “code of life” story is that it has huge holes in it that are growing bigger every day. There’s no substitute for reading Richardson’s argument in detail, but here’s the gist. DNA’s purpose is to produce the proteins that are the basic building blocks of a cell and other products that regulate the genes that produce these proteins. But DNA, alone, does not accounts for the many ways cells, tissues, and organs use these proteins. Jumping to the conclusion that DNA is the final blueprint for the body, mind, and behavioral traits of a person is dead in the water.

Recent research has shown that cells have their own intelligence. They are dynamic systems that change their makeup “on the hoof,” as Richardson puts it, a process of self-regulation that begins almost the moment a sperm fertilizes an ovum. As soon as that one cell forms into a ball of identical cells, “the cells are already talking to each other with storms of chemical signals. Through the statistical patterns within the storms, instructions are, again, created de novo [i.e., from scratch].” It turns out that totally independent of DNA, a cell is controlling all kinds of information contained in amino acids, fats, vitamins, minerals, enzymes, and various kinds of nucleic acids (RNA)—a whole factory of ingredients necessary to keep the cell going are not predetermined by our genes at all.

In the newly emerging view, the cell controls DNA just as much as DNA controls the cell. DNA, it seems, emerged at a later stage of evolution. In their earliest stages, billions of years ago, cells had no DNA but were self-enclosed vats of molecular soup that likely used RNA, the blueprint of proteins. This soup somehow began to regulate itself, giving rise gradually over time to permanent structures that were needed on a regular basis. The information for these structures was then coded as DNA, which serves as a kind of passive data base.

A validation of this new understanding is that cells in fact can alter their own DNA via epigenetics. This means that the life of a cell is intelligent, dynamic, responsive to changing conditions, and creative. DNA possesses none of these traits; they operate outside the manufacture of proteins. Richardson notes something else that puts DNA in its rightful place as a necessary part of a cell’s existence but not its whole complex life. “More startling has been the realization that less than 5 percent of the genome is used to make proteins at all. Most produce a vast range of different factors (RNAs) regulating, through the network, how the other genes are used.”

If the life of a cell is dynamic, intelligent, self-regulating, and creative, it is no wonder that complex life forms, including Homo sapiens, display the same traits. But where did they come from? At present the new story is stuck on two factors, information and complexity. The notion is that primal “molecular soup” found ways for atoms and molecules to form complicated structures through information exchange and the statistical possibilities that arise when zillions of molecules start churning around.

But is that feasible? As someone wittily put it, the notion that complexity is enough to explain the behavior of a structure as complex as the human brain is like saying that if you add enough cards to the deck, they start playing poker.

In our book Super Genes we tackle these issues head on in great detail. Our premise is that a cell, tissue, organ, system, or a complete person are all expressions of an underlying field of consciousness. Only consciousness explains what must be accounted for: intelligence, self-regulation, dynamism, and creativity. It’s good news that these traits have been tracked to the level of the cell. It’s also good news that the notion that we are robots controlled by DNA is being dismantled. But just as important is the next step, to stop defending physical matter as the only basis of life, turning to consciousness, as well. It was the ideology of materialism that got us into trouble in the first place.

More posts from author
Monday, 06 April 2020 What Is the Best Self-Care during the COVID-19 Crisis?
Tuesday, 31 March 2020 Only a Silent Mind Can Be a Healing Mind
Monday, 23 March 2020 The Virus Can Give Your Life More Meaning