Getting Serious about Nothing 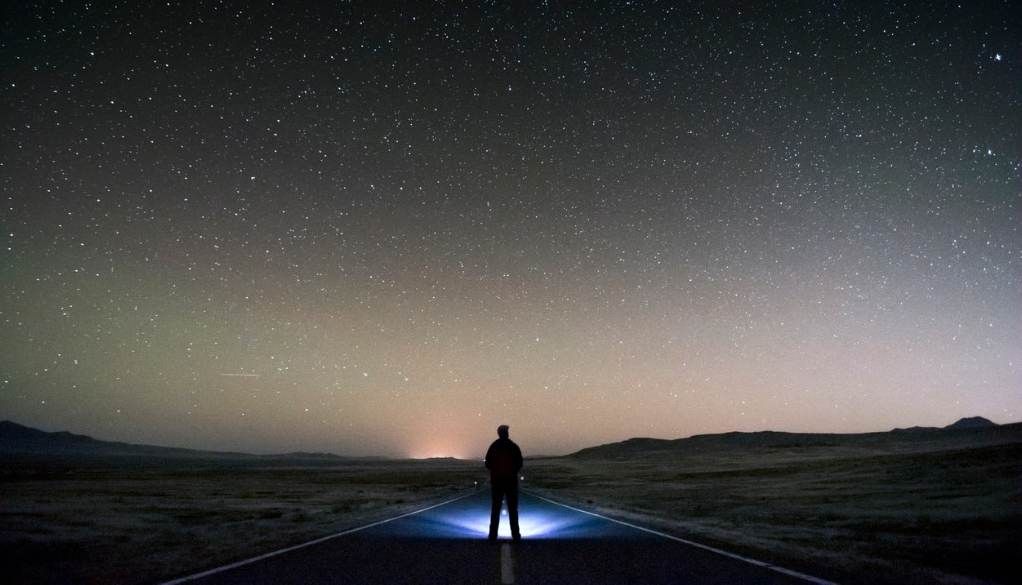 Getting Serious about Nothing

Nothing in the creation myths told in ancient cultures match our current model of creation for strangeness and improbability. We tend to smile indulgently at those old myths, although the average person probably hasn’t gone very far past the Book of Genesis, if they are religious, or a vague sense of the big bang as a kind of cosmic dynamite explosion. Like our ancestors, we have wrapped creation in a story. The difference is supposed to be that our story, backed by modern physics, is rational, scientific, and therefore on the money.

The problem is that the current creation story doesn’t match reality, having long ago drifted beyond anything conceivable, provable, or accessible. I talk at length about this in my new book Metahuman, where I propose something quite radical: The cosmos is a construct of the human mind, a backdrop for the virtual reality we have all bought into. The purpose of the book is to get the reader to wake up to the “real” reality, but this cannot happen if you accept without question that the physical universe is the foundation of everything that exists.

Clearly it isn’t. The physical universe rests upon four things, time, space, matter, and energy. The five senses bring us information based upon these four things, so naturally if we believe our senses, there is no mystery. Believing in the five senses is known as naïve realism, which turns out to be totally indefensible. The classic example of how the five senses deceive us is the experience of sunrise and sunset. The sun, to all appearances, moves across the sky, just as to all appearances the sky is blue, the Earth around us flat, the moon changeable in shape, etc.

To replace naïve realism, modern physics delved into the nature of time, space, matter, and energy, only to discover that none has a secure basis. Whether you go backward in time to the big bang or dive vertically, as it were, from gross objects to subtle particles, whether you try to calculate where the edge of the universe is or how invisible energy waves turn into solid “stuff,” there is one fundamental mystery behind everything.

This mystery is generally known as “something from nothing,” which expresses the same thing our ancestors pondered but in sophisticated scientific terms. For its own purposes physics and cosmology have to describe in detail how Nature works, but “something from nothing” hits a dead end. It is simply inconceivable that the quantum vacuum, a void that contains no dimensions, no time, and no “stuff” at all, could somehow create the cosmos. Faced with the inconceivable, science resorts to advanced mathematical theories like superstrings and multiverses, while knowing full well that there is no guarantee that these theories describe anything real. Secondly, mathematics is just numbers, and numbers didn’t create space, time, matter, and energy.

In the midst of the current bafflement over creation, which the public has gotten a whiff of, one good thing has emerged. Having spent centuries examining and explaining “something,” science now has to take “nothing” seriously. Nothing is more accurately described as the precreated state. Creation actually contains two varieties of “something,” namely, the objective physical world and the inner subjective world. Nobody has experienced the first part of precreation, because there is no objective data, indeed no possibility of objective data, from the domain beyond space, time, matter, and energy. That’s the essential reason that “nothing” is inconceivable.

But the second part of the precreated state is experienced all the time. The “stuff” of our subjective existence has been dubbed SIFT, which stands for sensations, images, feelings, and thoughts. SIFT is a useful shorthand for mental activity, and it is clear that if you take it all away, the “nothing” you confront isn’t a void. Even without any activity, the mind retains its essential nature, which we call consciousness. When you are conscious, you exist, which seems too obvious to mention.

But existence, as experienced by human beings, cannot be separated from intelligence, perception, creativity, curiosity, known, interpretation, evolution, and self-awareness. These form our precreated state on the subjective side of the ledger.

Unlike  the physical side of the ledger, where space, time, matter, and energy must be explained without space, time, matter, and energy—a task no one has come close to fulfilling—we experience our thoughts with all the characteristics of precreation. No one is divorced from knowing, perceiving, being aware, interpreting one’s personal experience, and possessing self-awareness. In terms of creativity, for example, Michelangelo or Picasso created beautiful artworks, but they didn’t invent creativity. No one did—like all the other characteristics of consciousness, creativity is simply part of the setup. If you exist, creativity is on the move through you from the instant a fertilized egg began creating an embryo in the womb.

Metahuman goes into detail about where the physical universe came from, arguing that both aspects of creation, objective and subjective, have the same origin. Consciousness is both creator and creation, the knower and the known, the inside and outside of everything no matter from what angle you observe reality. It takes an entire book to justify such a claim, but the advantage of regarding consciousness as the “real” reality needs no extended argument.

The advantage is that “something from nothing” now has meaning, and it matches reality as lived by the average person. Once you realize that at your source you are connected to intelligence, creativity, knowing, and all the rest, there is the possibility of getting more of those things. They are the most valuable things anyone can hope to find, and one can go further to say that love, compassion, bliss, and all spiritual values are also embedded in the same setup.

It turns out that “nothing” is actually a field of infinite possibilities, and this field is consciousness, which we all participate in. There is no need to get an advanced degree in quantum physics to delve into the precreated state. Nothing turns into something here and now, through every thought, word, and action. To realize this is to wake up to reality. Waking up Is just a starting point, but the whole point is that without the right starting point, you easily get lost. I wrote my book to convince readers that the right starting point is staring us in the face, and always has.

“Why Am I Procrastinating?”

Your Part In The Global Symphony!

Your Conscious Mind: The Creator Within