God Is a Blue Heron 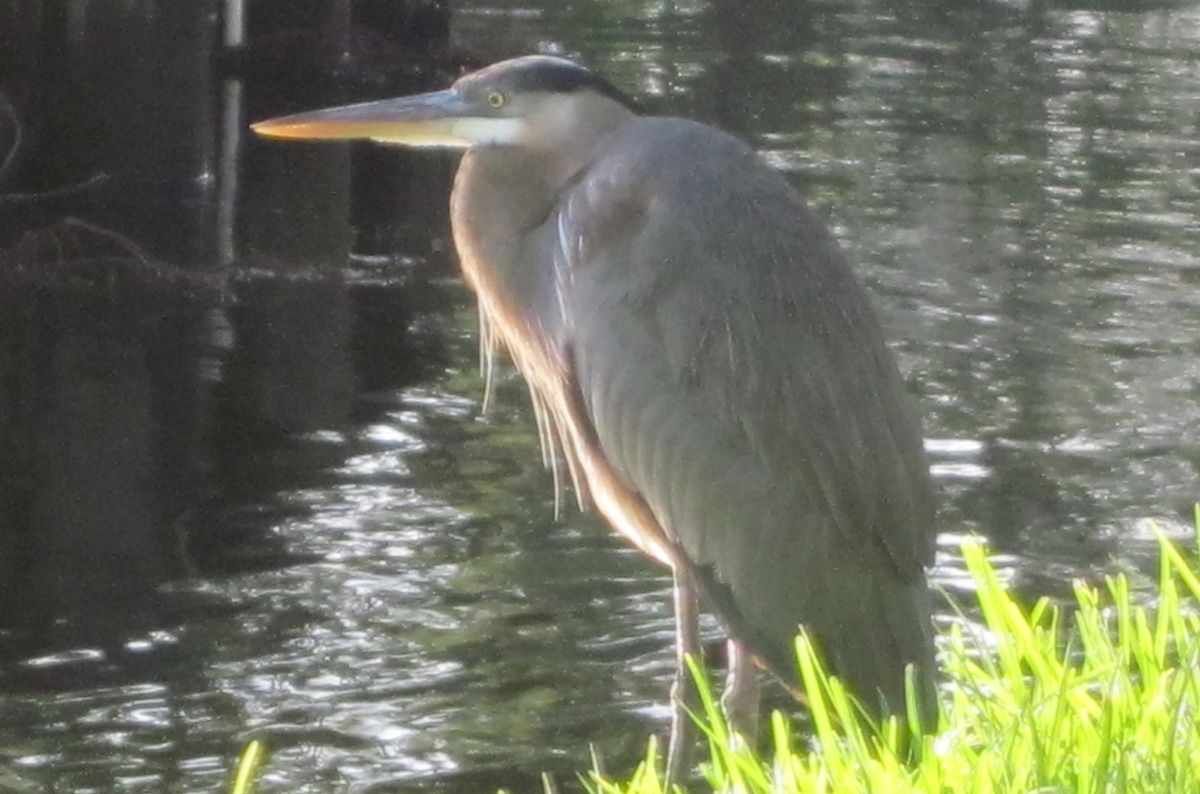 God Is a Blue Heron

Every day I walk two miles on a nature trail near where I live. I have come to call it my “walk with God” because in nature I often feel that deep connection with all I see. One recent afternoon, before leaving on my walk, I stepped out onto the lanai just in time to see a great blue heron standing stationary at the water’s edge right in front of me. Its body was stretched tall, its legs long, its eyes alertly focused on something nearby. Its presence was so striking that to me it felt like an extraordinary being dropped in from some other celestial realm. As it walked majestically by, that impression only intensified. “God is a blue heron,” I thought.

This perception began to take other forms in my mind as I began my walk. What if I used it as a mantra, a practice in conscious awareness, as I walked? I started with the first thing I saw: “God is…a hibiscus.” Then, “God is…the sidewalk.” Next, “God is…a tree.” And “God is…the sky.” The moon rising. A mockingbird’s call. A fern. A fountain. The sound of traffic in the distance. A fiery sun setting in the west. A squirrel. A street sign. An old broken bicycle. Neighbors walking toward me. Newly tiled roofs. Every sound and every color.

Everything I looked at became God, and as I continued, my eyes focusing on one small part of the universe after another, my sense of the interconnectedness of ALL of it grew. Suddenly, there was no separation between me and what I saw and heard—anywhere, either before me or in my mind’s eye. Everything was pure divine energy and light. The feeling was like coming home—to something greater than me as well as to my self, my soul self, which doesn’t see separation, only oneness. I realized too what a grace-filled gift this particular practice was, lifting me out of a background sadness and disconnection that had been with me for weeks.

Moving from one part of the country to another had turned my world upside down, first in extraordinarily expansive ways and then in ways that felt like loss and separation. Now, as I repeated again and again all the ways that God/dess was part of my every perception, I understood that everything was unfolding perfectly in order to bring me to a deeper awareness of connection in my life. Connection to spirit was everywhere I looked; I had only to open my eyes wider to once again see it clearly.

We may think we know what we’re looking at and where we’re going in our lives. If, like me, you have been on a spiritual path for years, you may believe you see the larger picture as well as the details. Ah, but even though you and I can see more and more expansively as our lives evolve, we sometimes forget how flawlessly everything fits together in the universal plan and what appears as loss and sorrow can later become the doorway to greater awareness.

When we realize at the deepest level that everything and everyone is here for a reason, part of God’s intricate tapestry of creation, then complaining or criticizing seems like a distraction and diversion. This is our life journey. A journey back to recognizing that the blue heron as well as the broken bicycle are both God, inseparable from each other as well as from ourselves. For we too are God.