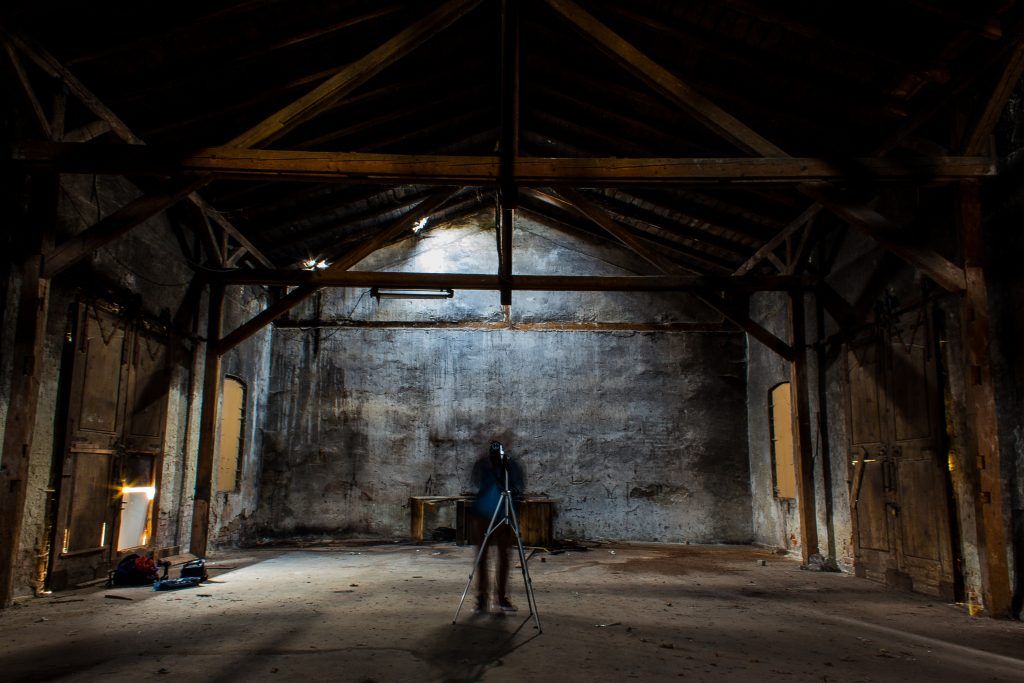 I received a call from a commercial property owner in Anchorage, Alaska. She had recently acquired a defunct hotel that is adjacent to one of her buildings. The two structures are separated only by a barrier wall. This dynamic woman has been instrumental in helping reﬁne and clean up a particular street in Anchorage. The old image was of prostitution, bars and homelessness. The growing image is young and prosperous.

The neglected hotel has a lot of history and emotion tied to it. It had taken this owner several years to secure it. When the deal was complete, she invited local media in to ﬁlm and take pictures. During the ﬁlming, one of the crew felt the presence of an old man that seemed very attached to the building. This presence spooked everyone, and was considered a ghost.

I was contacted to help clean up the energy. The owner didn’t want to proceed if there was a spirit or ghost stuck in the building. The hotel was beyond repair and would need to be completely torn down. We set the date for the clearing. I encouraged the new owner to send love to the space and to set her intentions for the improvements.

On the day of the clearing, my assistant and I arrived a little early. I wanted to get grounded and set my intention before others arrived. After walking around the building, I noticed the front felt open and ready to receive love. The back of the building was feeling very closed and not much movement of energy. It felt dense and stuck. When the owner arrived she was a little jumpy. The lock box she used for entering the building was found unlocked. She is diligent about keeping the building secure. This ﬁnding reinforced her belief that it was a good day for a clearing; we were being welcomed in.

Our group of ten people gathered around the entrance, at the back oﬀ the building. We lit candles and set intentions for healing, not just the space, but the community at large. I shared my belief that spirits or entities sometimes form strong attachments during life on Earth. This might be to a person, place or thing. After death the spirit wants to stay with their attachment.

You can detect the residue or remnants of energy in everything. This can be both positive and negative. It is what makes art and history so powerful. Some feels good; others are cringe worthy.

We all are blessed with the ability to feel energy. We can create change and heal areas that are not experiencing the vibration of love. This change is done with setting the intention of releasing everything no longer serving us. Next we bring in the vibration of love. We can even ask our guides to help remove all negative energy and create space for love to land.

On this particular day I set the intention that all would be resolved with the energies of the building. I also envisioned any entities that were stuck, being shown the path to peace. I knew our unseen guides could help in all these requests.

When we entered the building I felt many diﬀerent types of energy and emotions. The strongest energy was recognizing, and even celebrating, that at last the new owner would do something positive. This collective energy didn’t care about the building. It was the ground they were protecting. They only asked the ground be celebrated and honored. I felt that they have been waiting for this moment to share happiness. At long last, the land will be appreciated again. All obstacles in the path of improvement will be removed. They had respect and admiration for the woman that was willing to take this project on. She had been chosen.

I was shown how it is best to remove the building; and that during the demo there might be a slight pause. It was nothing to worry about. They showed me potential pathways for the future development. I was shown she needs to look under the rocks that are exposed, she might ﬁnd something:) Everything felt good in the entrance to the building.

The rest of the building was waiting for exploration. We decided to go down to the bottom level. This is where the entity had been felt. Using only candlelight we slowly headed down the dark, narrow staircase. The ﬂoor was rotted and the walls spray painted. The energy was so heavy, I thought I might throw up.

I had to go back up the stairs and get fresh air. When I returned down stairs I could feel it beginning to shift and open up. It wasn’t so heavy . One person said it felt like a weight had been removed from her chest. We could breath again. My assistant noticed the numbers 222 on one of the doors. She has been seeing that a lot! On the same door, photos from an old newspaper article were attached to the wood. The photographer that took the old photos was the same that joined us for our clearing. I received more messages for the new owner.

One of the things that stands out to me is the value of the land. It’s not the monetary value, but the history and the signiﬁcance that this corner held in the development of not just Anchorage, but Alaska. It feels like it was instrumental in trading furs and getting supplies into and out of Anchorage and beyond. All of this took place long ago, but the reverence for the land, opportunity and inspiration remains. With this in mind; making this part of a system of growth and travel is a perfect ﬁt for the property.

After a few words of closure, we said our goodbyes outside. I could hear people saying how they could feel the building’s energy shift . Some said it was warmer. Some just said it felt better.

There was so much going on in the building. Some entities were there watching, some had attachment. The greatest energy was of change and healing. Most of us could feel it.

The experience was an amazing example of how we are capable of clearing negative energy and beliefs with our intention and love. If there is an event or place in your life that you have an unhealthy attachment to; set the intention of releasing your connection to what no longer serves you. Send the new expansion in your mind, heart and life healing and love. Feel the change. 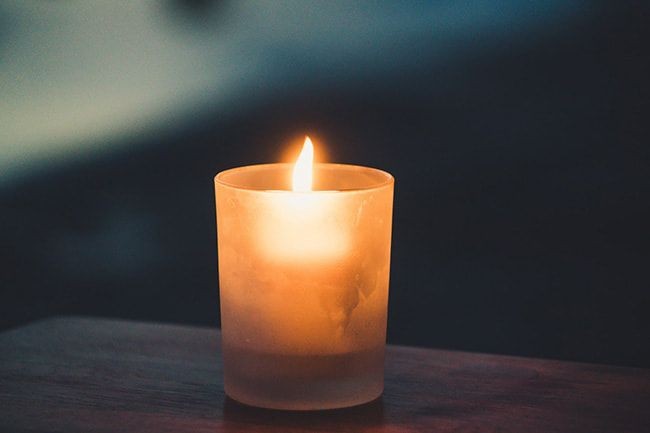 It is a beautiful awareness that allows the healing and love to continue on both sides of life.

The shift and change is our eternal awareness. We move from one form to another with the ease of exhaling breath.

We shift from one stage to another and delight with the awakening of the sleepy souls..

each of us is reacting to a current that has been released .. that is oﬀering an awakening for all it touches..
Facebook Twitter LinkedIn Pinterest Reddit
Tags:
Spirituality ­ Energy Ghosts
HEART CHAKRA / Anahata
Getting Everything by Giving It 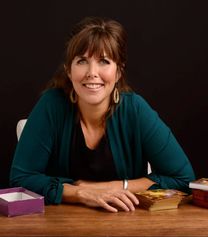 I AM AN INTUITIVE THAT LOVES TO HELP OTHERS CONNECT WITH THE DIVINE!

"I can honestly say that what I have here is because of Divine Intervention."

Like most of us, I have had struggles in my life. I'm grateful for this because It has helped me to become a more compassionate and loving person.

One of the difficult situations I have struggled through in my life brought me to where I am today. Not that many years ago I was an avid runner. I loved training for races with my husband and all the joy that comes with running. Long story short…. because of serious health reasons, I had to stop running. In losing the ability to run, I lost a focus for my life I felt passionate about and since I had identified so much with running, I also lost a bit of my identity.  I felt scared facing such a big and foundational change in my life, but I knew I had to re-evaluate everything and begin to re-discover and re-invent myself!

The good news is, that because a main focus of my life had been taken from me, the intuitive gifts which I had ignored for years, began surfacing more and became so strong that I had to face and integrate these gifts I had been born with into my new life. Some people get a little trickle of spiritual awareness when their intuitive gifts begin to surface… My spiritual awareness opened like a great "whoosh" and my life changed completely over night!!! Luckily, as my life changed, it also brought more peace into our home. Gradually, I became aware that I was called to share with others these gifts I had been given.

I am blessed with a very full life…. Three wonderful children, an exceptional husband and two dogs. I have all the craziness of teenage drama and elementary school play dates that comes with a busy family. I balance these demands with my Spiritual life.

I am a Mystic that knows we are Spiritual beings, much greater than our human selves. We are all connected. We all have the same light shinning bright within. As we recognize this light we obtain personal peace and this allows us to obtain peace on a much greater level, in our homes, schools and far beyond.

More posts from author
Saturday, 03 April 2021 The One Karmic Lesson We All Face On the Road To A More Peaceful Life
Thursday, 18 March 2021 Five things that Indicate You are Having a Spiritual Transformation
Saturday, 06 March 2021 What is an Animal Communicator and How can they Help You?

Your Subconscious Mind Defines You

Your Soul Is The Boss