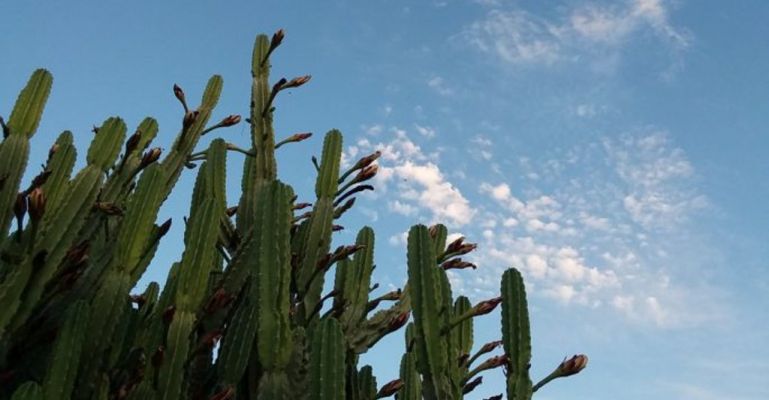 Wachuma is a plant cactus medicine with origins in the ancient Andean Mountains of Peru. The medicine is considered a masculine, Father plant teacher. The journey Wachuma inscribes onto our souls is one that brings us through to our darkest shadows so might we transcend our inner barriers and reach Heaven on Earth. Due to experiences of healing with Wachuma (but also religious subjugation), the Spanish renamed the medicine upon their arrival. They called it San Pedro, “Saint Peter” in English. In the Gospel of Matthew, Jesus declares to Peter: “I will give you the keys of the kingdom of heaven; whatever you bind on earth will be bound in heaven, and whatever you loose on earth will be loosed in heaven.”

Wachuma was named after Saint Peter because the Catholics viewed Wachuma as the key to the gates of Heaven. Pilgrims who undergo sacred journeys with Wachuma report dealing with emotional baggage unknown previous to their journeys. They return from these journeys feeling lighter and better able to transcend the weight of their lingering afflictions.

In October, pilgrims will have the opportunity to sit with Wachuma on our journey, Heart of the Pachamama with Puma Quispe Singona. Healers from lineages of the Andes Mountains will stand as our guides through this work with Wachuma, which we view as a powerful and sacred—yet gentle—“teacher and healer” plant traditionally used to heal the heart in times of extreme pain and emotional hurt.

Due to this unimaginable opportunity to experience healing with Wachuma, many of you may wish to read into the medicine more deeply. You may wish to know about Wachuma on the basis of methodology, science, safety, pharmacology, and therapy. Come with us as we explore the divine potential of this medicine that has helped the souls of humanity for thousands of years.

The Science, Safety, and Efficacy of Healing with Wachuma

Wachuma is a fast-growing cactus native to the Andes of Peru, though it is found growing in many other South American countries as well. It has remained a prized medicine in Andean culture partly due to the cactus’ highly-studied psychedelic alkaloid known as mescaline. Mescaline is currently labeled as a Schedule I hallucinogen in many major first-world countries but is completely legal in Peru.

Among the rise of psychedelics such as psilocybin being used therapeutically in clinical settings, it’s worth exploring whether or not mescaline has similar therapeutic potential. The substance was primarily studied in the 1950s and 60s before being deemed illegal and thus difficult to study. Some research found that dosing patients with mescaline produced a long-term, deepened sense of inner strength and vitality. Interestingly, these effects sometimes began long after psychedelic sessions that at first seemed ineffective. Further, during the psychedelic trip, subjects found a deepened ability to engage with the experience, face fears, and later, act on insights received from the medicine. Mescaline, among other serotonin 2A agonist psychedelics, is currently being studied as an effective treatment for drug addiction and misuse.

Mescaline seems to have very little direct risk to physical health. Reported deaths (from the drug itself, at least) are unknown. There is a low risk for long-term psychological deficits while using mescaline.

When it comes to avoiding unwanted results and enhancing benefits, setting, intention, and dosage are the three pillars of a medicinal experience with Wachuma. To this end, it will be of use to explore how the medicine was (and still is) traditionally used.

Interested participants should always aim to work with Wachuma as part of a sacred ceremony and with the protection of the ancestral spirits. With the guidance of experienced guides, we can reconnect with the ancestral energy that is ready to help us heal and transform our lives for the better.

Traditional Wachuma cleansing ceremonies are always completed with the guidance of an experienced medicine man or woman. The ceremony usually centers around an altar where revered objects are placed including stones, divine images, crosses, and staffs. Healers highly experienced with the medicine lead the ceremonies and even diagnose participants by invoking Andean spirits, and more recently, spirits from Christian Cosmology. Meanwhile, participants are bathed in smoke from tobacco and other herbs as a cleansing ritual for the ceremony.

It’s important to note that the effects of the ceremony be attributed to the plant itself and not the shaman. The shaman is merely the middle-man, the facilitator that helps guide those being healed through the experience with the plant. They are the ones who recognize disease and help people stimulate the senses through dance, song, and medicinal perfumes among other sacred actions. Shamans often recognize the medical causes of disease, yet look through physicality to the deeper, spiritual malaise.

Entering Ceremony with Trust and Courage

An important aspect of healing in ceremony is retaining a sense of “allowance” rather than resistance. This helps participants relax and receive what they’re meant to receive from the Wachuma. It’s entirely normal for participants to have some level of anxiety before taking the medicine. Retaining a sense of trust and courage will prevent the anxiety from expanding and interfering with the healing.

Finally, it’s good to remember that while participants can expect blissful experiences with Wachuma, healing in this way doesn’t always feel blissful and “good”—at least at first. These types of plant medicines can bring us in deep touch with difficult feelings, especially if we’re being honest about our wounds going into the ceremony. Luckily, a ceremonial setting in the presence of a shaman is the perfect place to feel and release, to cry, vomit, shout, and eventually revel in the after-bliss of facing fears long kept shriveled up in our systems.

Discalimer: This article and the information therein was produced for educational purposes early. This information is not intended to diagnose, treat, or cure any illness. Always speak with a certified health professional before stopping or engaging with any form of treatment.

Your Healing Power Is Within You

Why You Need a Vacation: 5 Benefits of Disconnecting

Viruses, Vaccines and Aliens: A Screenplay