How should we deal with extraordinary mind experiences? 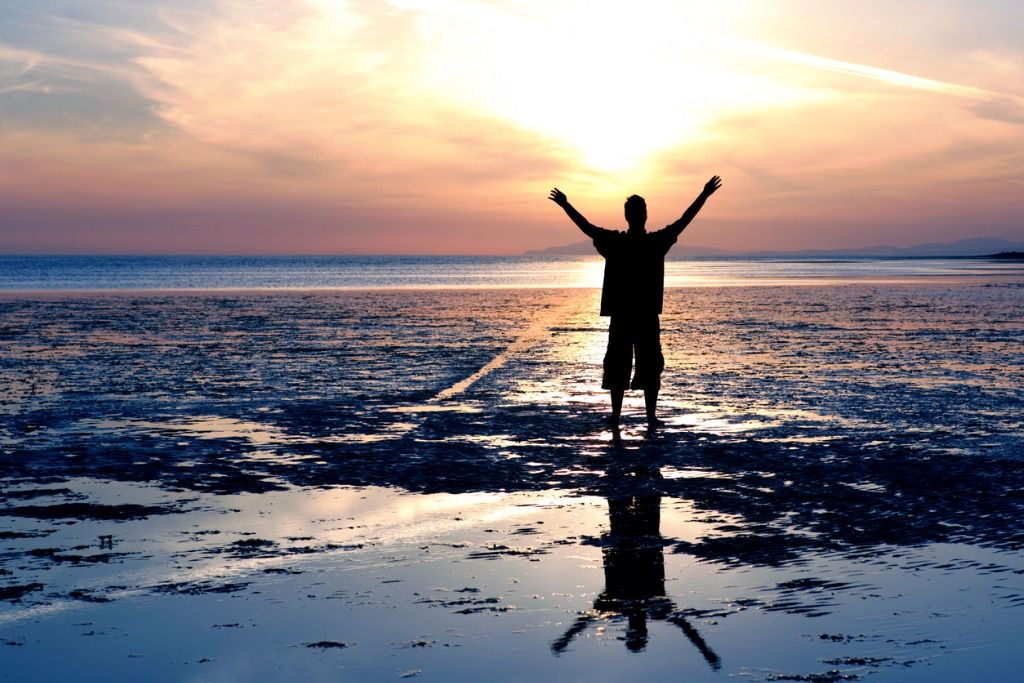 How should we deal with extraordinary mind experiences?

Many sensations come, many thoughts or images
arise, but they are just waves of your own mind.
Nothing comes from outside your mind.
To realize pure mind in your delusion is
practice. If you try to expel the delusion it will
only persist the more. Just say, “Oh, this is just
delusion.” And do not be bothered by it.

In Brindavan, the sacred city where Krishna dances with the gopis, there is a dudhwalla, a milk seller. He’s a true devotee of Krishna. Once he was selling milk, and because of his purity, Krishna with his shakti Radha came right up to the stand, there on the street in Brindavan, and bought some milk. He actually saw them. His eyes are as though they had been burned out by a brilliant bulb. He can talk about nothing but the moment that Krishna and Radha came to his dudhstand. He’s not worried about how much milk he sells anymore. He’s had the ecstasy of seeing God in the form of light. And that’s who he is this lifetime. It’s a high place to be.

Shouldn’t that be enough? Won’t you settle for ecstasy? Bliss? Rapture? Hanging out with the gods? Flying? Bet you always wanted to fly. Reading other people’s minds? “What power would you settle for?” said the devil to Jesus in the desert. You must want something. Whatever you want you get, sooner or later. And there you are. As long as you are not finished with that desire, you are entrapped.

When you are attracted to powers and seduced by pleasures, what had been a vertical path turns horizontal. As long as your goal falls short of full liberation, you will be trapped by these experiences.

If you know you want the long-range goal, that knowledge will help you give up the desires for these states along the way. As each desire arises there will be a struggle with your ego. Part of you wants to enjoy the seductive pleasures, part wants to give them up and push on.

One way to handle extraordinary experiences is to be neither horrified or intrigued by them.

The Tibetan Book of the Dead refers to the ten thousand horrible and the ten thousand beautiful visions. In the course of meditation you may meet them all: powers, great beauty, deaths, grotesqueries, angels, demons, all of it. These are just forms, the stuff of the universe. You confront them on the path just as you meet all manner of people when you walk a busy street. Notice them, acknowledge them – don’t deny them – and then let them go. To cling to these heavens and hells, no matter how beautiful, slows your progress. Not to acknowledge them, or to push them away, is just a more subtle form of clinging. Follow the middle way. As stuff arises in your mind, let it arise, notice it, let it go. No clinging.