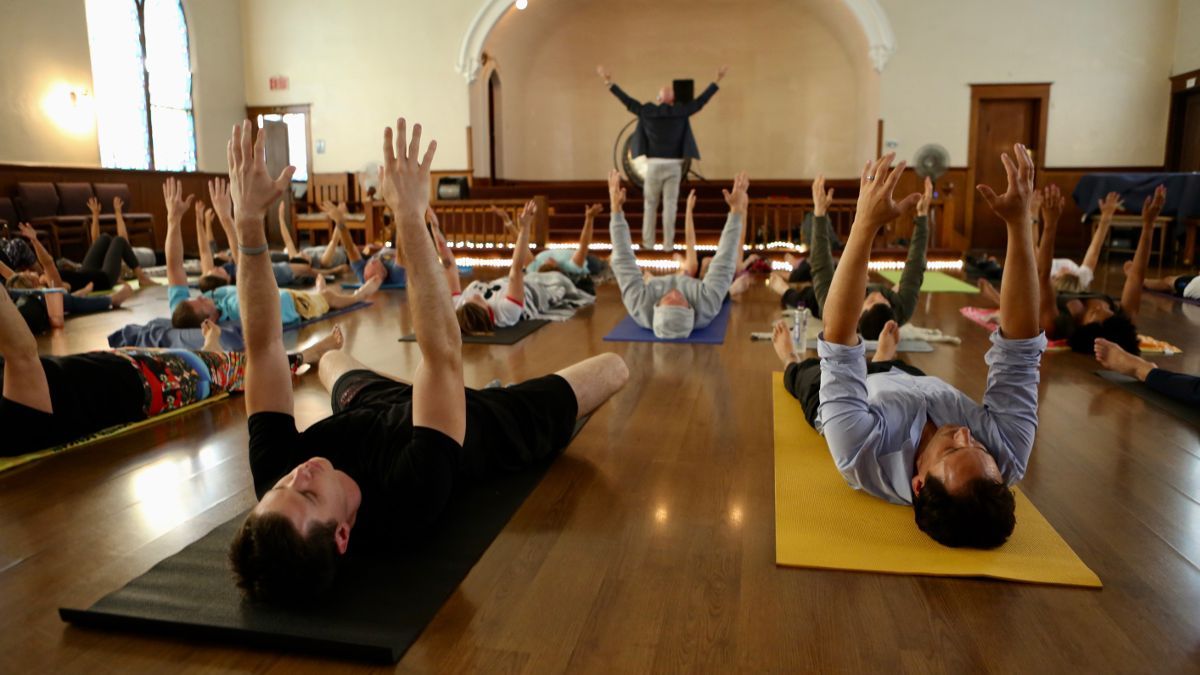 Twenty-three years ago, I moved to Los Angeles from Boston. I can’t remember if I had ever heard of yoga before I made the move, and even then, there were only a few yoga studios in the Los Angeles area.

Now, yoga studios are like Starbucks – you can find one on almost every street corner in every city across the nation. Lately, the trend seems to be “combining something” with yoga; boxing and yoga is probably my favorite -- absurdity wise. What’s next? Improv and yoga?

Look, I’m not a hater, I’m just (still) a little east coast sarcastic. I’m all for whatever helps people feel better and become the better version of themselves.

Imagine if I told you 20 years ago that there’s this thing call “yoga”, and it’s going to be huge. Well, that’s where meditation is right now. Meditation studios are popping up in LA and NYC, and soon they’ll be found in every city the same way yoga is. An increase in immune function, grey matter, positivity, memory, focus and attention, and a decrease in stress, anxiety, depression and inflammation are just some of the benefits to meditation. It’s a no-brainer, really. And in this high paced, stressed out, cell phone obsessed world…who doesn’t need to take a moment to stop and shut it all down?

Is meditation the Magic Bullet to this problem? No. Is it the best of both worlds? Many people are starting to feel that way. Since there are many different types, meditation is an umbrella term, and right now, Mindfulness is the one most people are talking about. Mindfulness can have a few different types and styles, but it mostly consists of sitting upright and paying attention to your thoughts without judgement, and trying to create a little more space between those thoughts. Mindfulness is great, but I think it’s a little advanced to start with. It’s much easier to start with Breathwork.

After a chance encounter with life and business strategist Tony Robbins, I had a new-found vigor for life and more importantly, an open mind. That’s when two different people said to me, “You should try Breathwork.” Even though I had done Kundalini Yoga (and had not enjoyed it), I said, “Okay. Two people just said I should do this, that’s a sign.” Turns out, Breathwork is NOT the same thing as Kundalini Yoga, and that’s something I find I’m explaining to people all the time. This thing I do is similar to Holotropic Breathwork, Rebirthing, Transformational Breathwork, Clarity Breathwork, Shamatic Breathwork, etc… 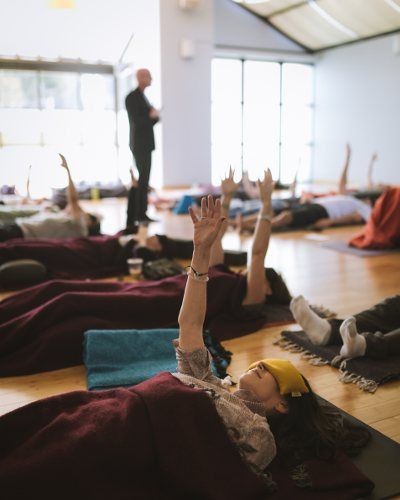 When I discovered Breathwork, I had a very successful “Celebrity” Personal Training business. I would drive from one client to the next, all throughout the wealthiest zip codes in Los Angeles. When I was a skinny, 13-year-old kid who had just started working out at a gym in Boston, it was my goal, my dream job. Teaching Breathwork was never on my radar. I didn’t even tell anyone I was doing it for the first few months, but people started noticing that something was different about me. My wife said, “You are a happier, calmer and nicer person.” These were not words people usually used to describe me.

I felt the shift right away, but I didn’t want to get to hopeful. If anything, it can be too intense for some people their first time and I tell people that it will get less intense with each session. You have a lifetime of stuff coming to the surface all at once, and there are some of weird physical sensations that can happen during the first session of Breathwork. I tell people it’s common, and they will go away if you stick with it.

What most people say to me after their first Breathwork class or session is, “Oh my God, that was like 20 years of therapy in one class!” And you don’t have to say a word. Not to mention, you will save yourself a fortune.

I know that my first time in a Breathwork class was probably the most profound thing I’ve experienced in my life, and I’ve done a lot of wild stuff. I committed myself to do it for a year to see what would happen. It changed me from the inside out, and then my outside stuff changed as well.

You hear people say, “Happiness is an inside job.” Or “You have to learn to love yourself first before you can love anyone else.” I’ve always been like, “Great, how do I do that exactly?”

Well, this is how you do that. Breathwork is how you do self-care, self-love, and create happiness from the inside out. If this cynical, formerly super angry, east-coast transplant can do it, then so can you.

Talk is cheap. Don’t take my word for it. Take a Breathwork class and find out for yourself. 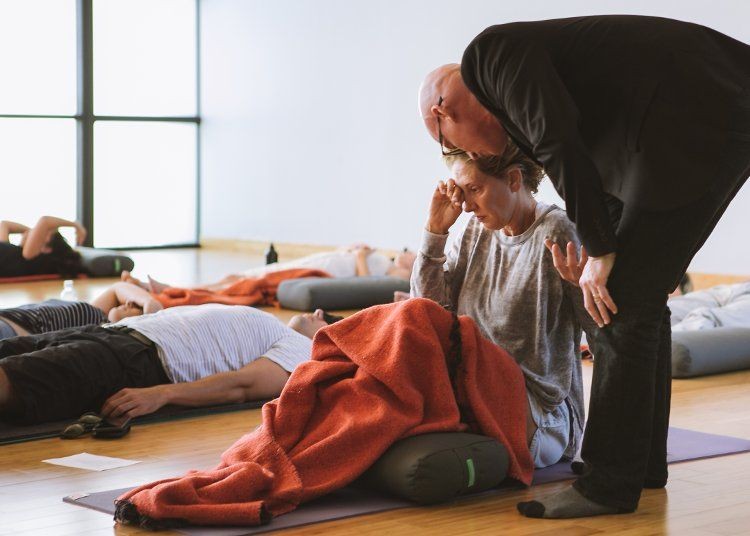 Originally from Boston, in his early 20’s, Jon Paul moved to Los Angeles and quickly became one of the most sought after Celebrity Trainers and Sober Coaches in the Country.  Unexpectedly, he found himself in a breathwork class and had a massive transformation that first time.  Knowing he had to share this technique, he not only began teaching but developed his own unique style and quickly began selling out classes all over Los Angeles.

Jon Paul currently resides in Bend Oregon with his wife and two children, but returns monthly to Los Angeles to teach his sold-out classes and workshops, as well as, lead his in-demand Breathwork Teacher Trainings

What makes Jon Paul stand apart is his east coast no-nonsense approach. He has taken the “New Agey” part out of breathwork and both companies and corporations are filling his calendar. CEOs and the Forbes set have found themselves in his classes and have hired him to teach all their employees.  Jon Paul has broadened his classes into customized workshops and corporate retreats of all sizes all over the country.

Jon Paul has appeared on Good Morning America and has been featured in The Huffington Post and The Hollywood Reporter. You can find him on countless talk shows and podcasts both domestically and internationally, as he continues his work to make breathwork more accessible and mainstream.

Jon Paul believes there is no one who can’t benefit from this practice and he has the Olympians, Oscar, Emmy and Grammy winners to prove it.  Witnessing people visibly transform, often after just one session, is why he greets each day excited to turn people towards their most authentic selves and he has made it his life work to reach as many people as possible.

More posts from author
Tuesday, 10 December 2019 Comparing Breathwork To Psychedelics – Is The Experience Similar?
Saturday, 16 November 2019 Breathwork For Clearing Trauma – What You Need To Know