If You Want to See Change in the World, Do This! 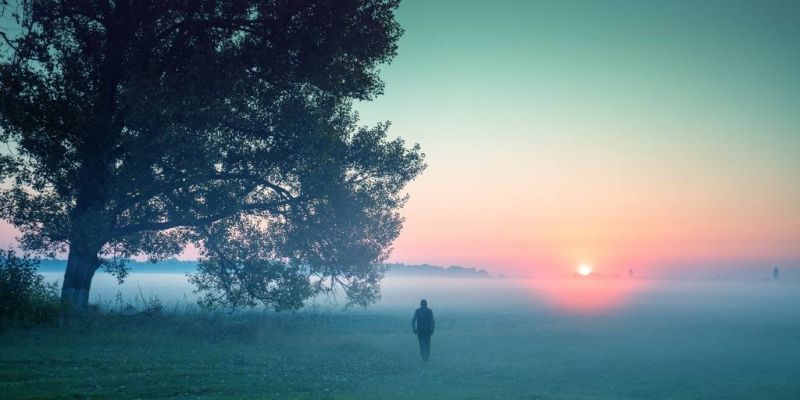 Around the world today, millions if not billions of individuals are being consumed by negativity. The world and our relationship to the cosmos always run through cycles of increased or decreased activity. Right now we are in a cycle of increased activity where many people are stirred up. In such stirring there exists the possibility of increased conflict, but also of increased consciousness – although it is conflict that seems more prevalent.

Negativity is a consuming energy that seems to create life, but actually drains it. It promises to create something new to escape the pain of it, when all it does is create increasing conflict where the pain is enhanced. At some point an aspirant must realize, “I just can't be like that anymore, but I don't know how to stop! I look out at the world and all its problems and ask, ‘What am I supposed to do??’ ”

People feel a responsibility to change the world. But the fact is, if human beings are to be redeemed – meaning, reborn, brought into a new level of consciousness that belongs to another kingdom – they can only be redeemed one person at a time.

There is no church, group, or political party that is redeemed as a whole. Individual souls are redeemed ­– meaning, they are exchanged for something broader, brighter, and better – leading to that person making positive choices because that consciousness can no longer act against itself.

Christ did not tell the multitudes, "We have to get rid of the Roman yoke on our back!" He did not plot and form groups to overthrow or in any way change the governing body of the religious nation he was himself born into. No, he taught that if you want to be a new human being, you have to do it alone.

He did not teach that this world, with all its conflict and mounting insanity, is meant to be redeemed by human beings who have no consciousness that they are actually creating the conditions they want to change. No, he said it was our job -- before we ever begin to try to heal anyone else -- to heal ourselves by entering into another order of consciousness.

But this runs against our present consciousness. We've been taught, conditioned, punished for millennia by a society that condemns those who don't fall into line with the accepted position of the day, labeling them as “outsiders.” And we don't want to be “outsiders.” We want to belong. And all effort to belong to any power, group, or position is the passive response of a consciousness trying to escape a sense of being incomplete.

We may wish this world wasn't the way it is. But we must realize the world is the way it is because we the way we are. We may profess high ideals, but that doesn't change what we do and pursue as long as we remain unconscious to the will of the negativity within us.

The Path to Change

The mad pursuit of comfort we see around us is due to the negativity we feel towards life and our unwillingness to accept life as it is. We can't accept the world as it is because that would mean accepting ourselves as we are, and we are full of resistance and want to reject everything that doesn't prove and promise that we’re right in our position and wants. It is the end of that nature that is the beginning of true redemption, as opposed to the false redemption that same nature seeks through the comforts it pursues and the conflict it tries to resolve with all of its possessions and powers and ways to ameliorate the anxiety it feels.

As sincere seekers we arrive at a certain peace when we finally understand that our first task is always to be as attentive as we can be to any part of us that tells us the way to get rid of the negativity we feel is to carry out what it promises will bring an end to itself. We realize there is no end to that endeavor. That nature lives in a world of imagination, producing imaginary outcomes. When we passively obey, it’s inevitable that the imagined outcome will crash down, leading that nature to then produce another plan that’s bound to fail.

The clearer this becomes, the more we possess our own life. We don't passively pounce or passively postpone or passively lend ourselves to something that promises a better tomorrow that never comes. The new man, the new woman isn't passive to anything at all, save to the light in the moment – that Divine gift of revelation – that allows them to see and be actively attentive to what is welling up within them.

We are actively present to the revelation instead of passively asleep to the false promise that tells us how to escape what we see in ourselves and the world. That is the opening to real transformation within us, and in turn, the beginning of the change we hope to see around us.

More posts from author
Monday, 01 March 2021 Let Love Resolve Your Differences (and You Both Win!)
Monday, 22 February 2021 Wake up to the Place of Power Within
Monday, 15 February 2021 Meditation on Winter