Imagine The World You Want To Live In 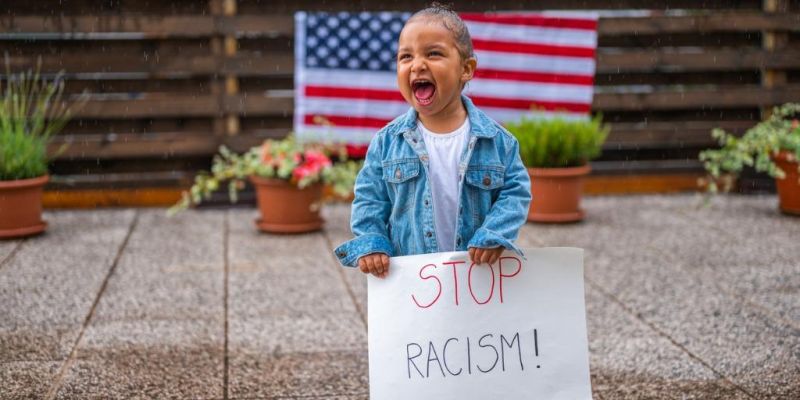 Imagine The World You Want To Live In
“It is not the critic who counts...The credit belongs to the man who is actually in the arena." –Theodore Roosevelt

The other night, I was wide-awake for hours in the darkness of my bedroom. It was that time deep in the night when it’s so quiet that you can hear the creak in the floors and the sound of your own breath.

I laid in my bed thinking about the last few years and what a rollercoaster they have been. I thought back to the 2016 election night, when I sat downstairs in my family room glued to the TV, stunned as the results rolled in. Then, my mind jumped to the Women’s March, to the #MeToo Movement, to headlines about the Catholic Church. My mind flashed in rapid succession to school shootings. Marches for gun reform and climate change. Images of chaos at the borders. Russia. The impeachment trial. All the President's Men and their cries of “fake news.” The pandemic. Unemployment. The murder of George Floyd and the protests that have followed calling for police reform and to recognize that Black lives matter. And on Friday, the senseless death of Rayshard Brooks by a police officer in Atlanta.

That’s all in the last three years, and I know I’m missing a lot in between! I took a deep breath and said to myself, “Wow, that’s a lot to digest.”

Today, headlines change in an instant. Once you’ve finally started to get up to speed on one story, it fades from the news and gets replaced by something new and different. It’s a lot to keep up with. It’s a lot in a little bit of time.

As I lay there, I found myself thinking back to the moment I sat in the crowd at Barack Obama’s inauguration in 2008. It was a day so filled with hope and aspiration. I remember it so clearly. I brought my children with me because I wanted them to witness what I thought was an extraordinary turning point in our country. I sat there in that crowd naively believing that we were embarking on a new era of hope and bipartisanship, and a new push for equality and justice.

Now, here we are. At this moment, it feels less important to analyze how we got here (although it’s critical to learn history so we don’t repeat it) and more important to ask ourselves how we move forward.

I’m not suggesting we are in the healing phase at all, but we are at a juncture, and it’s not as simple as a fork in the road. In a way, we are in a turn-about or an intersection—one with many roads, each one leading to a different institution in dire need of reform. They are all different in their own ways, but they are all connected at the center.

So many people have said to me in the past few weeks that they feel helpless and don’t know what to do or say. I tell them what I tell myself: When you lay there in bed in the dark of night, imagine the country you want to live in. Imagine the leaders you want to rally around. Imagine the ideas that make you feel hopeful. Imagine your best-case scenario. Then, pick a lane and get to work.

The work ahead of us is not for the faint of heart. Every one of us must put on our thinking caps and imagine a more evolved, inclusive, and equitable world. Yes, there is a lot to do, but that is not an excuse to do nothing.

We can't throw up our arms and say it’s too much or that nothing matters. Everything matters. You can’t say there is no one out there who inspires you, because there are so many inspiring people out there trying to bring about systemic change. Join them.

This is the exact moment to sit down, close your eyes, and IMAGINE the world you want to live in—the world you want to create for your children or leave for them. Don’t tell me that your vision isn’t attainable or realistic. Imagine it. Write it down. Then, take personal steps towards getting educated. Take steps toward making your dreams a reality.

Last Sunday, I went to a small protest near my home. People held handmade signs, wore masks, and stood six feet apart. I went alone (my son, Patrick, joined me later). I picked up a piece of cardboard and wrote in sharpie, “Mothers for Justice.” It just came to me, probably thanks to my conversation last week with Sybrina Fulton, or perhaps from my conversations over the decades with so many mothers and people who “mother” in different and critical ways.

I slowly went over and stood next to a man with a Black Lives Matter poster. At first, we stood there without talking, my mask firmly in place. Then, our conversation began, and before I knew it, we had talked about so much. We had so much in common.

Rodney is a 52-year-old black man from Boston. He not only remembers busing, but he remembers being bused until his mother put a stop to it. Rodney is an editor at the local CBS News station here in Los Angeles. He’s also the head of his local union. And, he’s one of ten kids! “Same mother, same father," he quickly made a point of telling me.

“Damn!" I said as we both laughed.

Rodney told me that he grew up with a picture of Martin Luther King Jr. and John F. Kennedy on the wall in his home. He was told by his parents that both of these men were to be honored because they had worked hard to change people’s lives for the better. Ironically, I also grew up with both men on the walls of my home, and my parents told me the exact same thing. Rodney and I talked for quite some time about the news business and the business at hand: changing lives. He said his mother would have been happy that we met.

Grab a sharpie. Find a poster board. Pick a lane. There are minds to change, hearts to be open, and much to be done. Get to work.

Dear God, there is work to do. Please help guide me towards the work that you want me to do. Guide me in thoughts, words, and deeds. And when I’m tired, please lift me up. Help me lead with love, empathy, and compassion. Amen.