It's Time For The Tender Warrior 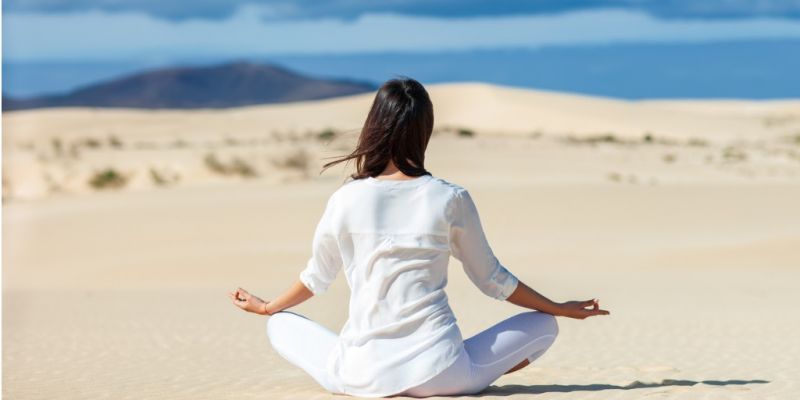 "Curiosity is one of the forms of feminine bravery." -Victor Hugo

Not too long ago, a friend suggested I write down the definition, values, and characteristics of the “divine feminine.” He said it would be a “good exercise” for me moving forward.

I sat down to give it a try and ended up staring at the paper for a long time. I wrote something and erased it, and I tried again and again. Nothing really felt right to me.

Then last Sunday in this newsletter, I wrote my essay about courage and tenderness. The response I got was overwhelming, from both men and women.

“That is what we need!” people wrote to me. “That’s who I want to be!” My friend Elizabeth suggested I even curate a new conference called “Courage and Tenderness: The New Hero’s Journey.” Others wrote that they had never contemplated tenderness in the public space, but that they were open to it, even hungry for it. (An old video of Joe Biden resurfaced this week that visualized what I’m talking about.)

As I read all the responses from readers like you, I allowed myself to be touched by the words. I allowed myself to receive your kindness and gratitude for the idea, which wasn’t really my idea at all. It was the Pope’s! But, perhaps I presented it in a different way, maybe even a feminine way.

Several people also responded to the paragraph I wrote about bestowing tenderness on my tough mother. People told me those lines really took them aback. I’ve thought a lot about that in the days since. The truth is, I have spent many years trying to understand the towering warrior that was my mother. My quest has, in turn, helped me to better understand myself.

Better understanding myself is not why I wanted to understand her, but it is the gift I got from delving deep into my mother’s drive, restlessness, rage, pain, and determination. I learned a lot from seeking to understand the way she wielded power in the halls of Congress, in her extended family, and in my own immediate family with my father, my brothers, and myself as her only daughter. I could write forever about my mother, from whom I learned feminism, although I’m not sure the word itself resonated with her. But the concept of women being equal to men sure did.

But today I want to focus on the description of the hero or heroine’s journey at this moment in our collective journey. It is, in its own way, the realization of the divine feminine. Women of my mother’s generation were not seen or valued, much less understood. If they had an idea, they were passed over or silenced. If they wanted to compete, they had to be a warrior 24/7. They had to bury their tenderness and femininity and show they could out-men the men. And even then, they were often invisible to the people around them.

Thanks to so many women of my mother’s generation and my own since then, we have paved a way. Today, many young women are brave enough to step out and speak up without giving it a second thought.

Women today, like the men of today, have the opportunity to lead in a more evolved and humanistic manner than those of generation’s past. In fact, they must if we want to survive. Yes, survive. You see, I believe that our collective humanity is on the line right now, and that it will take tenderness and courage, coupled with the divine feminine to resurrect us all.

Today in our midst, there are record numbers of cases of anxiety, depression, suicide, abuse, and addiction. People report being bullied. Millions are desperately lonely and feeling anything but “seen or understood,” much less “included or valued.” It is time to reimagine the way we walk and talk in the world, as well as how we lead in our homes and places of business. It’s time to shift the old power balances that still exist around us, because it simply doesn’t feel like it’s working anymore.

The tender warrior is an empathetic storyteller, one who is courageous enough to tell the story of where we are with honesty. Their mission is not to scare us, but to reassure us that the future we imagine is, in fact, possible for all of us. (Just look at New Zealand's Prime Minister Jacinda Ardern and her handling of the pandemic in her country.) They use a new language. They use words that we can collectively embrace, not hurriedly shove down our throats.

So, who is this tender warrior? Well, you can be one. Yep, that’s right. Each and every one of us can be a tender warrior. To become one requires a tender heart and a courageous spirit. It requires a commitment to compassion, empathy, and the journey ahead. Everywhere I look, tenderness is needed these days. Everyone I know can soften under its expression. Even the toughest of the tough.

I know this because I was one of those tough people for years. I felt I had to be tough to survive the family I was born into and the profession I chose. And yet, when tenderness touched my armor, the walls came tumbling down. Imagine that power. Imagine knowing that you have it to bestow on another. Think about that and let it sink in.

I pray we can jointly commit to stop the bullying in our public square. It’s ruining lives and damaging psyches. Expressions of hate demean us all and destroy the very fabric of our humanity. Racism. Sexism. Ageism. Any “ism,” really. Let’s put them to bed once and for all. They are beneath us. It’s time.

People are tired. People are scared. Who hasn’t had enough? A good friend told me that after watching the news the other night, she turned off the TV and wept. She said, “I can no longer tolerate the meanness. It’s destroying us all.” I said to her what I’ll say to you, “It will get better.” It will get better because the majority of us want it to get better. Now me must work to make it so.

There is light ahead, this I know to be true. There is a new energy coming our way. So, let’s each open ourselves to it. Let’s open ourselves to being tender, fellow warriors. Be tender and embrace the divine feminine that exists in you. Do not be afraid of what’s feminine, regardless of your gender. It is healing. It is nurturing. It is soft and vulnerable, and yet it is so strong and courageous. In its magnificence, it can mirror to another person their magnificence. It can show them their own divinity, which in turn will allow them to fly. How extraordinary is that?

It turns out that I know exactly the definition, values, and characteristics of the divine feminine. Now, will you join me in living them?

Dear God, please let us all be brave enough to embrace the divine feminine that lives within us. May we all be tender and courageous and reimagine how we show up in the world. Amen.