Today, let’s talk about the Law of Attraction. It’s been sitting in my mind and in my heart because so many people struggle with the Law of Attraction. They want to manifest all these things in their life, and yet they have this fear that if I say something, if I think something for too long, then I’m going to create that thing in my life. For example, if I worry about or I say out loud something like “I’m feeling not well” or “I’m not feeling great” – then I don’t want to say it out loud. I don’t want to talk about it. And I don’t want to put energy towards it.

I get that idea of not wanting to put energy towards things. I totally get it. I don’t want you to put energy towards it either. But when you have a thought or a feeling or you are taking an action and you are in a place where you are not you and it is a low vibration, you are creating resistance towards the fear in the first place. So, you just make it bigger. So, when we think about Law of Attraction, we think about the things that we are bringing to our lives. We’re focusing on either they’re kind of rooted in love, or they’re rooted in fear, right? If they’re rooted in fear and you have a thought like, “oh, I’m never going to be able to do blah, blah, blah.” Right? “Never going to make it to whatever it is you think you need to make it to.” So, I’m never going to make it to blah, blah, blah … and you have that thought, but you say, “Oh my God, I don’t want to think about it. I don’t want to tell people. I don’t want to feel it.” – most of the time it is I don’t want to feel it, right? So, then what we do is we just keep pushing it down. We just keep pushing it down. We just keep pushing it down. And when you push that down, it gets bigger. The resistance of it makes it bigger. It makes it stronger. So, you’ve got to remember that those negative thoughts, those fear-based thoughts … they’re just thoughts. But when you try to hide them, when you try to push them down, when you try to ignore them or deny them, they are going to get bigger just because of the energy resistance.

It’s like a beach ball that you’re keeping down under the water, and it’s taking all of your attention … versus if you just have the thought and you say, “Oh my gosh. Yeah. That’s interesting. I’m afraid of that. I keep bringing this fear into my life. I wonder why I’m in this fear. This is so interesting to me.” And you look at it from that perspective … then it moves out. It’s just gone. It’s out. It’s not a part of you. It’s not a part of the vibration you’re bringing in. It’s not what you’re going to magnetize to your life. It’s just energy that is moving.

So … then you’re going to experience more fear. It just comes out as I’m putting out the energy of judgment. So, I experience more judgment – which is underlying fear, right? So, if I instead flip it and I root it in love … and I start moving my attention towards love – it doesn’t mean that I want to ignore or deny or pretend or shut down the feelings of fear – I just want to acknowledge them for what they are.

And this is the way that I do that: I can observe myself… Hmmm, isn’t that interesting?

It’s not judgmental. It’s not critical.

And then … move it to what you want to bring to yourself … toward what you want to bring to your life. The thoughts, the feelings, the energy, and the action … its everything that is happening. Life is just happening. And it shows up in all different ways. A lot of people think, well, if you’re always positive, then you’re always going to have positive experiences. That is not true. Because underlying, underneath that positivity, you got the rainbows and the sunshine and the sparkles and all that. Right? I love all that stuff. But if you had a bad day, you had a bad day …. and you don’t have to define it even as bad.

I’ve had a hard day … okay. But acknowledging that will release it … not acknowledging that, holds it in. Right? So, when we’re talking about the Law of Attraction and we’re connecting it with whatever it is that you want to bring into your life, what I want to remind you about … what I want to encourage you to do is … acknowledge whatever’s there and then direct it to what you want. So, acknowledge it and then direct it to what it is you want. I am a fan of the Law of Attraction. It’s a universal law. It’s not that we can change anything. If something’s happened, it’s happened. The thing you can change is the way you perceive it. The thing you can change is the energy you give it. The thing you can change is the direction. The “thing” is not going to change the direction. It’s not going to change you. You’ve got to change the direction, the way you’re going to see it, the way you choose to see it.

And you have that choice.

We don’t even need to label things as right or wrong, or good or bad. I don’t really look at life that way. I look at things as they work for me, or they don’t … because sometimes something that works for me, doesn’t work for someone else. And sometimes something that doesn’t work for someone else, works for me. So, me believing a particular way that I believe works really well for me … but it might not work for somebody else. We’re seeing that out in the world today, aren’t we? People are like, oh no, you’ve got to think this way. The other person is like, wait a minute. This is working for me. I don’t think that way at all, but it’s working for me. Oh, no, you got to think this way.

So, the point is when we can get into that place of what we want to attract into our life, and we align with that energy, then we will attract more of that … more of what you want versus what you don’t want, right? Easy peasy. Life is going to happen and you’re gonna have experiences. You’re gonna be touched by experiences. And a lot of the experiences aren’t even going to be yours, but you feel them, you take them on, and you make them about you … or you can just acknowledge it … and then let it move through your energy.

So that’s what was sitting on my heart today, my friend. It’s something that I see all the time in my practice. So many people come to me that have said, “I’m doing this work, and I’m focusing on this, and I’m really manifesting this – but nothing’s happening.”

Let’s see if THAT is taking up any of your energy that could be used to create this dream or this thing that you want in your life. 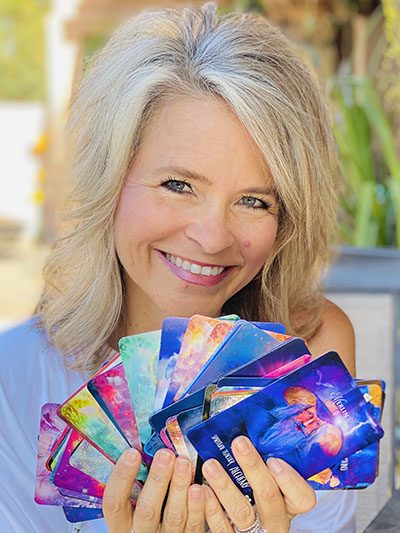 Sunny Dawn Johnston is an acclaimed psychic medium, changemaker, transformational thought leader, and spiritual biz mentor. She is the author of twenty books, including her flagship bestsellers, Invoking the Archangels and The Love Never Ends, which have become the cornerstones for many of her keynote topics such as intuition, mediumship, and the angelic realm.

Through her courses, private sessions, and live events, Sunny has grown and cultivated a diverse global community. Whether in-person or online, her strong mentorship encourages thousands of students to connect with their heart and the core of their being and guides them to experience life in a higher vibrational, multi-dimensional way. 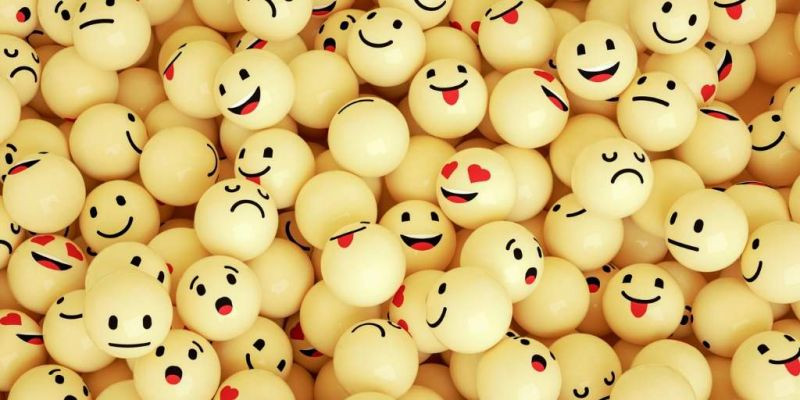 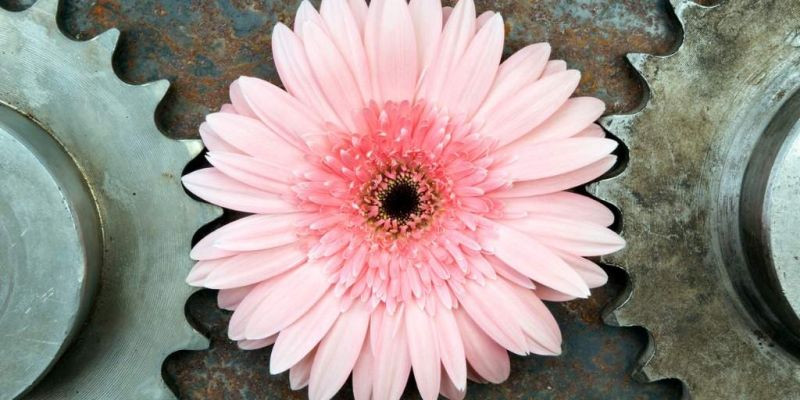 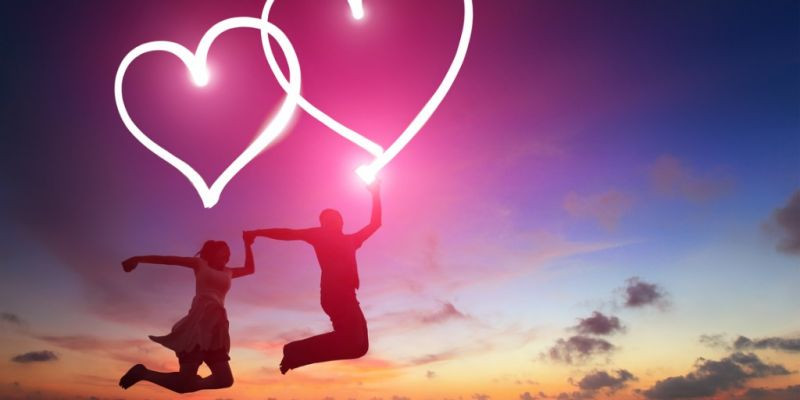 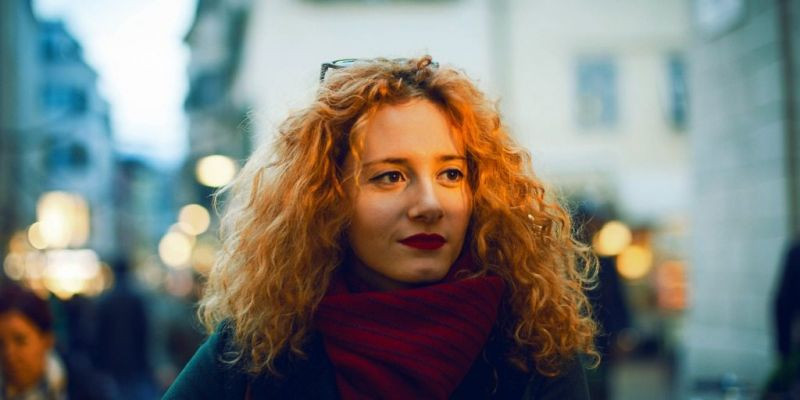 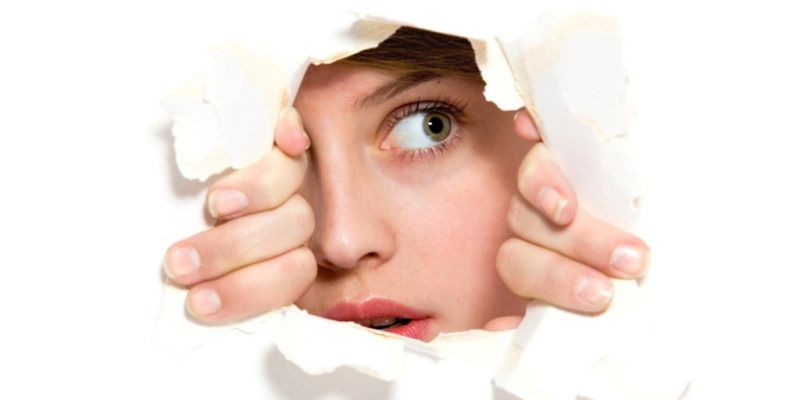 Are You Keeping Yourself Small?
View all