Let Go of Anxiety and Regain Your Freedom 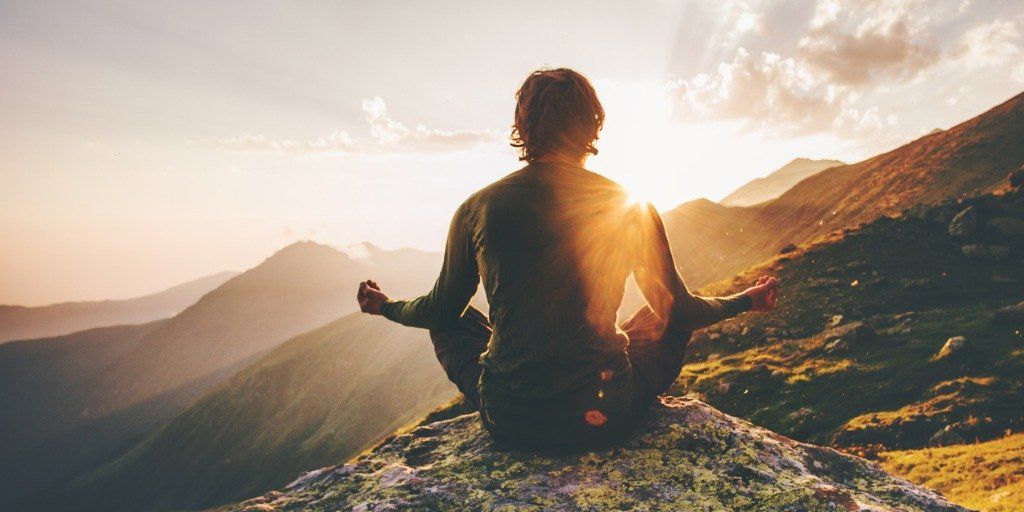 Let Go of Anxiety and Regain Your Freedom

When life falls apart, or threatens to come unglued, it seems almost natural to carry around some desperate, stressed, or depressed emotional state. But why cling to something that makes us ache? The answer is surprising, but evident, once we’re aware of what’s actually taking place within us.

Negative states tell us that we must feel as we do.

In some strange and unseen way, the weight of a dark worry serves as proof that we have “no option” other than to buckle beneath it . . . to fall down, feel betrayed, or prepare for a ﬁght.

Real life can no more act to pull us down than the rising sun can burden the spring ﬂowers that wait to bathe in its nourishing light.

No event, in itself, is the cause of the fear we feel in the moment of its appearance. William Shakespeare, whose insights into the workings of the human mind still remain treasures in spite of passing time, validates this important ﬁnding: “There is nothing either good or bad, but thinking makes it so.”

The same wisdom holds true when it comes to the moments that make up our lives: we meet in events nothing more or less than the wealth of possibilities they present before us.

It is the mind asleep to itself that makes monsters appear where there are none, just as a child’s runaway imagination creates menacing shapes out of shadows on the wall. In this instance, we feel fear when our mind sees something that threatens us in some way. But what the mind that feels this doesn’t recognize, but that we must see if we’re to be free, is that it’s looking at a negative image of its own making!

This level of mind, divided and asleep to its own creations—then tells us what we must do to protect ourselves from its projection!

To give you a picture of how this plays out in a mind still asleep to itself, imagine a team of bogus bug exterminators, one of whom shoves termites under your back door, while the other knocks at the front door to sell you a service you suddenly need!

How does this new knowledge empower us to walk away from what’s been hurting us? Imagine an artist who, as he sleepwalks at night, walks into his downstairs studio and paints a picture that, when he awakens the next morning, terriﬁes him. He’s at a complete loss as to how this could have happened!

So he buys an expensive security system, hires a patrol service, and takes a host of other steps to protect himself from an imagined intruder. None of these efforts work—and we know why! It isn’t until he installs a motion-activated video camera that he catches the real culprit: himself!

Shocking, for sure, but the outcome is wonderful. The artist’s fear disappears in the very same moment he discovers its cause.

The next time some fear tries to drag you down into its world of worry— ﬁrst showing you all that’s dark and wrong, then telling you how to make things right and bright again—choose in favor of this action instead.

At the onset of any frightening situation—whether in the form of an actual event, or because of some worried thought that appears—remember that no such fear exists outside of the dream that makes it seem real. Then simply come as awake to yourself as you can, and see what you’re giving yourself to look at in that moment. This new and higher self-awareness reveals the unthinkable:

Your own mind is scaring itself. As you see that the feel is real, but the “why” is a lie, you’re done with both sides of the deception, and the dark state drops away by itself. This kind of clarity gives birth to a whole new kind of spiritual courage, for now you know that you don’t have to free yourself from anything other than a misunderstanding about who you really are. And, by this same light, a promise dawns you couldn’t have seen in any other way. You’re already free; you simply have not yet seen the truth of it.

Anxious thoughts and feelings are not there to help us reach the promised land. Instead, they keep us a prisoner in the world of their empty promises. The courage to see the truth of this fact is the same as the courage we need to be free . . . to consciously walk away from these impostor powers, regardless of how convincing they are that we can’t live without them.

The Power of Your Words

To Live In The Now, Start From The Ground Up